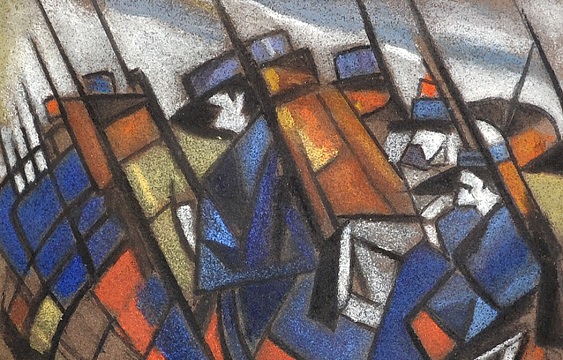 A rare Futurist pastel and charcoal sketch, that has been out of the public eye for over 45 years, is set to make thousands when it comes up for auction later this month in Surrey. 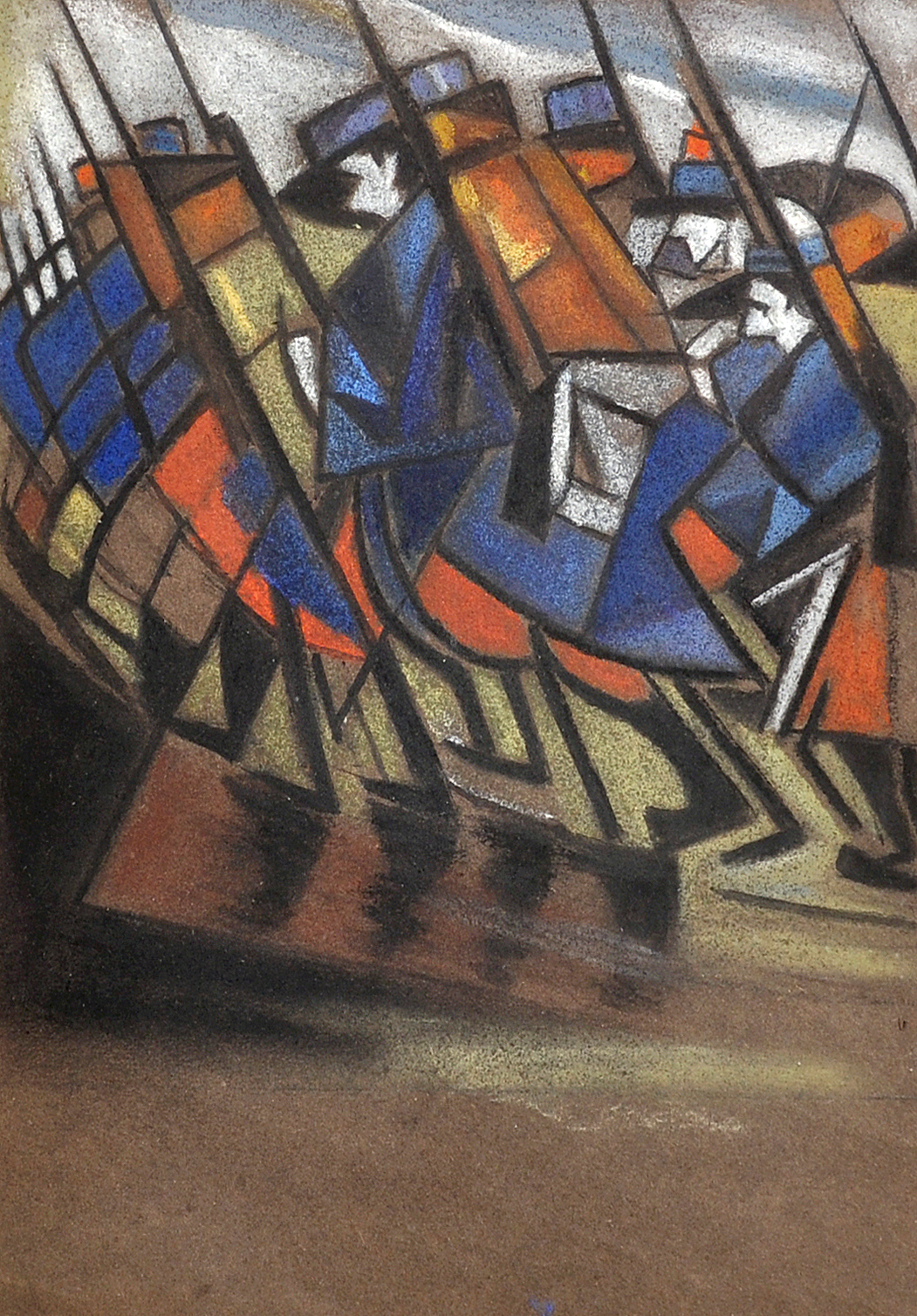 The work was bought by the current owner from the artist, art critic and writer of LS Lowry’s Catalogue rainsonee,  Mervyn Levy in 1973.

The 9¾ x 7½in pastel and charcoal study is an early exercise in what was to become the artist’s striking signature style, in which he adopted Vorticism, the short-lived modernist movement that addressed the harsh realities of the approaching war in sharp geometric lines, abandoning realism for abstraction and echoing the dehumanising transformation of armies of men into a war machine.
Futu

As one of the authors of the Futurist Manifesto in June 1914, Nevinson placed himself at the forefront of the avant-garde movement, alienating his fellow contemporary artists as he grabbed the limelight.

But his uncompromising attitude, combined with a rare talent for depicting the power, horror, despair, misery and suffering of war, catapulted Nevinson to fame, and along with John Singer Sargent, Paul Nash and Stanley Spencer he became one of the most acclaimed war artists of the 1914-18 conflict.

The completed 1914 oil on canvas painting of Returning to the Trenches, now in the National Gallery of Canada in Ottawa, is viewed as a landmark in both the development of Futurism and of war art. First exhibited in a seminal show of Futurist work in London in 1915, together with Jacob Epstein’s celebrated sculpture Rock Drill it dominated the exhibition.

The art critic PG Konody described it as “an uncommonly interesting picture, in which he [Nevinson] has found an extremely expressive formula for the rhythmic marching of a body of French infantrymen fully armed and laden with all the paraphernalia for a prolonged stay in the trenches.”

Nevinson had such an impact on the public consciousness that by 1916 he was offered a one-man show at the influential Leicester Galleries, where the artist Walter Sickert wrote that his painting La Mitrailleuse “will probably remain the most authoritative and concentrated utterance on the war in the history of painting”.

So important is Returning to the Trenches in the artist’s oeuvre that it appears as the back cover image for Michael J K Walsh’s 2002 book CRW Nevinson – This Cult of Violence. The work being offered at John Nicholson’s is one of a few surviving studies for the painting. Others can be found at the Tate, the Met and the Imperial War Museum.

While Nevinson’s oil paintings can now command well over £1 million, this study, complete with studio label on the reverse, is estimated at £10,000 to £15,000.