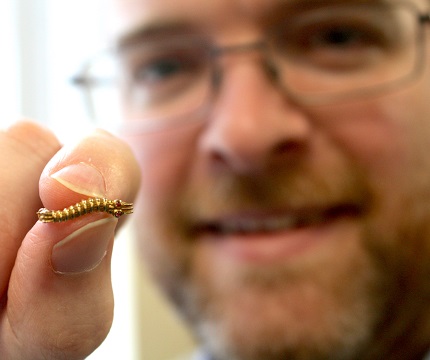 A tiny, rare jewellery memento that belonged to one of the only three men to successfully escape from the notorious World War II German prisoner of war camp, Stalag Luft III, the subject of the 1963 film The Great Escape, is to be sold at Suffolk auctioneers Lockdales later this month. 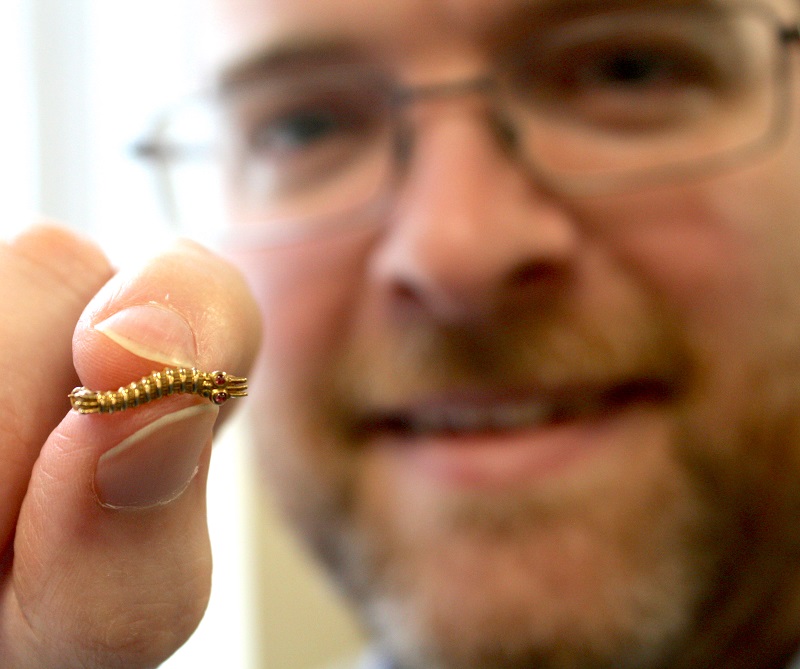 A lapel pin from The Caterpillar Club, awarded to celebrated Dutch aviator Bram Van Der Stok after he used a parachute to bail out of a stricken aircraft and land safely, will be sold in Lockdales’ Coins and Collectables sale on November 17 and 18.

Hero of The Great Escape

Van Der Stok was one of the 75 prisoners who attempted to escape from Stalag Luft III from the German province of Lower Silesia (now part of Poland), on the night of March 24, 1944 by crawling through a tunnel, codenamed ‘Harry’.

Tragically, while the Dutchman and only two other escapees managed to evade recapture, 72 other captives were quickly rounded up and 50 of them were executed on Hitler’s orders.

Over the following days, with the aid of forged passes in an imitation leather wallet, Van Der Stok managed to travel across occupied Europe by train to Utrecht in the Netherlands. He then joined a resistance underground network, eventually making his way across France to Spain and finally Great Britain where he rejoined the war effort as a pilot. 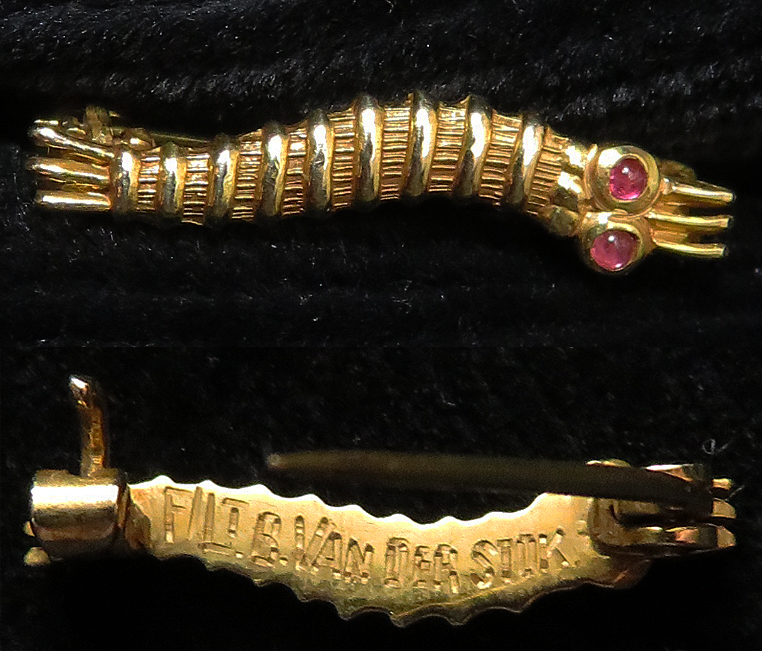 The heroic escapades of the Dutchman and his fellow escapees were the later inspiration for the hugely popular film, The Great Escape, starring Steve McQueen, Richard Attenborough and Charles Bronson.

The distinctive jewellery pin awarded to Van Der Stok is of a small, gold caterpillar with red bejeweled eyes is just 2cm wide. The reverse of the pin is engraved with his name and rank, ‘F/Lt B. Van Der Stok’.

Daniel Daley, Managing Director of Lockdales Auctioneers said, “The lapel pin awarded by The Caterpillar Club to Van Der Stok has real historical interest due to its personal connection to a wartime aviation hero who is also hugely admired for escaping from Stalag Luft III. We’ve already had lots of worldwide interest from collectors of such rare military items, so we’re hoping that the lapel pin flies above its estimate of £500 to £600.”

The Caterpillar Club lapel pin will feature in Lockdales’ Coins and Collectables auction taking place on November 17 and 18.