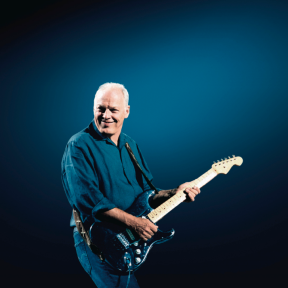 The personal guitar collection of rock legend, Dave Gilmour, guitarist, singer and songwriter of Pink Floyd, will go under the hammer at Christie’s New York on June 20.

The collection comprises more than 120 guitars, focusing on the guitarist’s selection of his preferred Fender models including Broadcasters, Esquires, Telecasters and Stratocasters, led by a guitar as iconic and recognisable as the historic performances for which it was used – the 1969 Black Stratocaster (estimate: $100,000-150,000).

Detailing the musical history of one of the world’s most influential guitarists, the sale will be the largest and most comprehensive collection of guitars to be offered at auction. All sale proceeds will benefit charitable causes. Estimates range from $300 to $150,000, look set to appeal to a wide spectrum of guitar aficionados, fans and collectors alike.

Dave Gilmour said, “These guitars have been very good to me and many of them have gifted me pieces of music over the years. They have paid for themselves many times over, but it’s now time that they moved on. Guitars were made to be played and it is my wish that wherever they end up, they continue to give their owners the gift of music. By auctioning these guitars I hope that I can give some help where it is really needed and through my charitable foundation do some good in this world. It will be a wrench to see them go and perhaps one day I’ll have to track one or two of them down and buy them back!”

Kerry Keane, Christie’s Musical Instruments Specialist, commented, “For the last half century David Gilmour’s guitar work has become part of the sound track in our collected popular culture. His solos, both lyrical and layered with color, are immediately identifiable to critics and pop music fans as readily as the brushstrokes of Monet’s water lilies are to art historians.

These instruments are unique in that they are the physical embodiment of David Gilmour’s signature sound throughout his over 50-year career. Like palette and brush, they are the tools of the trade for an iconic rock guitarist.”

Leading the Collection is David Gilmour’s 1969 Black Fender Stratocaster, purchased in 1970 at Manny’s on West 48th Street in New York (estimate: $100,000-150,000). ‘The Black Strat’ quickly became his primary performance and recording instrument for the next fifteen years and it was extensively modified to accommodate Gilmour’s evolving style and performance requirements.

The Black Strat was played on Money, Shine On You Crazy Diamond and the legendary solo on Comfortably Numb. It was key to the development of the Pink Floyd sound and was instrumental in the recording of landmark albums such as Wish You Were Here (1975), Animals (1977) and The Wall (1979), and of course Pink Floyd’s seminal 1973 masterpiece The Dark Side of the Moon, widely regarded as one of the greatest albums of all time.

The guitar can also be heard on Gilmour’s critically acclaimed solo albums including David Gilmour (1978), About Face (1984), On An Island (2006) and Rattle that Lock (2015). After a period of temporary retirement while on semi-permanent loan to the Hard Rock Cafe, Gilmour reclaimed The Black Strat for Pink Floyd’s historic reunion concert at Live 8 in London’s Hyde Park on 2nd July 2005, reinstating it as his guitar of choice for the next decade and firmly establishing its place in rock’n’roll history.

Another important guitar offered is Gilmour’s 1954 White Fender Stratocaster #0001, which has become one of the instruments synonymous with his long artistic career (estimate: $100,000-150,000). Gilmour acquired ‘The #0001 Stratocaster’ in 1978. Its use on several recordings, such as Another Brick In The Wall (Parts Two and Three), and on the concert stage, make it readily recognizable by both fans and connoisseurs.