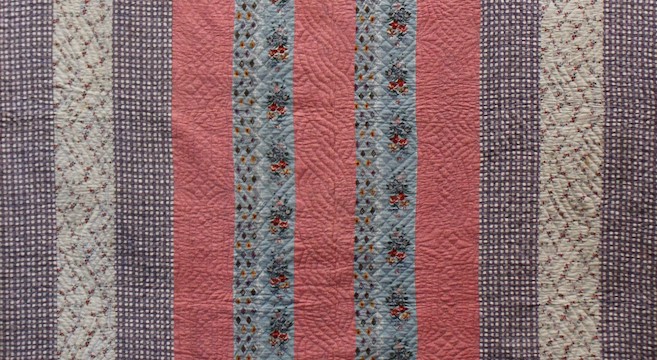 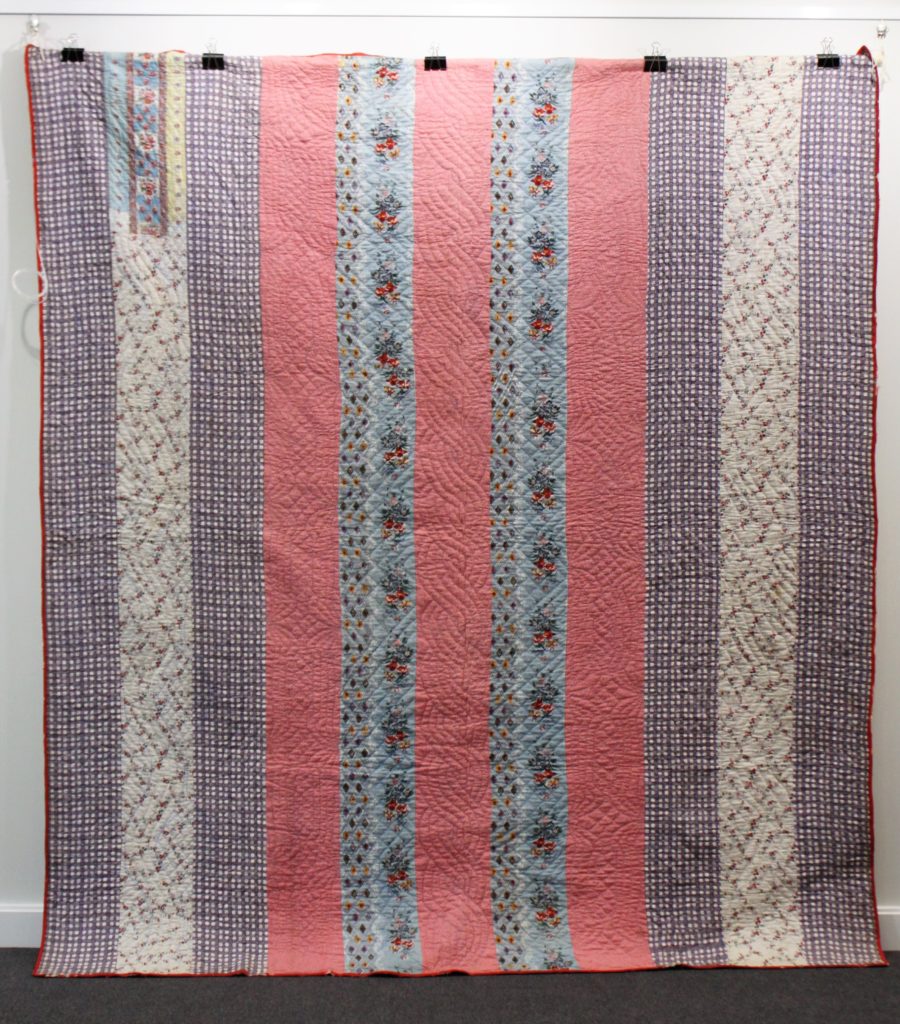 Historic quilts from the estate of Hannah Hauxwell, the subject of several popular TV documentaries about her life as a farmer in the Yorkshire Dales in the 1970s, were in demand at a recent sale of costume, accessories and textiles in North Yorkshire.

The items attracted strong levels of interest prior to the sale at Tennants Auctioneers, with the quilts, made by members of Hannah’s family, including her grandmother Elizabeth Bayles, gaining bidding well above estimate.

All beautifully preserved, the top lot was a large late 19th-century cotton strippy quilt, signed ‘E B’, for Hannah’s grandmother, which sold for a hammer of £1,500over its pre-sale estimate of £300-500.

Amongst the consigned items from her estate were a number of wooden knitting sheaths – designed to hold double-ended knitting needles. Highly collectable in their own right, with added provenance these good north-country examples sold strongly. The top-selling sheath was a 19th century example carved with ‘E B’ (again for Elizabeth Bayles), selling for £850 against an estimate of £100-150.

The top lot of the sale was a pair of 18th-century gold and green silk brocade shoes – woven with silver thread and sold with a pair of associated 18th-century pattens, which sold for £1,900.

Examples of 17th century needlework were amongst the oldest items in the sale, with two silk stumpwork pictures, a type of three-dimensional raised embroidery, selling strongly. The first, selling for £1,100, depicted the Five Senses in the guise of five ladies, surrounded by motifs including lions, birds, butterflies, silk and swans. The second, depicting King Charles II and his wife Catherine in a cartouche of woven metallic threads, topped with the initials M and H, and surmounting a leopard chasing a stag was sold for £1,500.

Finally, a colourful and detailed Victorian panel of crazy patchwork with good provenance sold for £1,600. The patchwork made by Sarah Eliza Pye from patches of silks and velvets. Sarah Eliza and James Pye lived at Wray in Lancashire, with James working at the Bell Busk Silk Mill in Leeds. In 1911, the family moved to Skipton, where James set up as a property agent and rent collector.

Dated 1897, it is possible that the patchwork was made to celebrate Sarah’s 40th birthday or to commemorate Victoria’s Diamond Jubilee, and it is likely that the scraps of fabric were brought back from the mill by her husband.