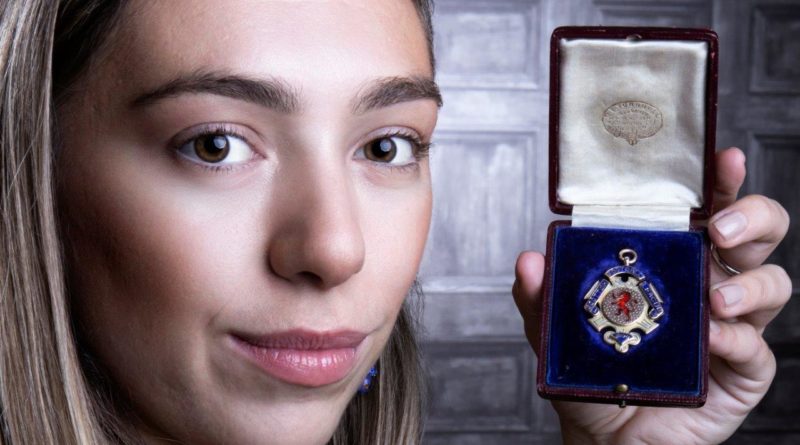 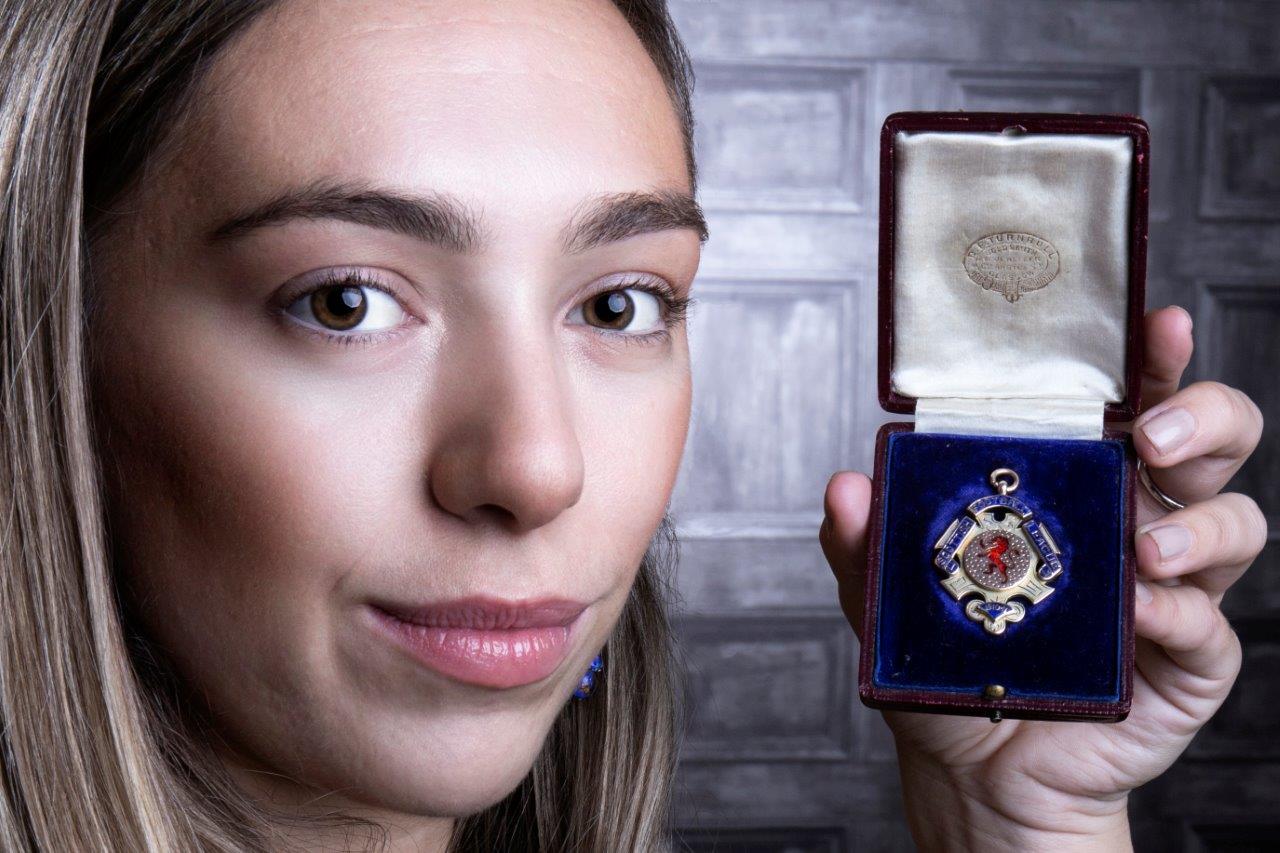 A fifteen carat gold Scottish Football League Championship medal awarded to Rangers midfielder, Joe Hendry, in the pre-WWI season of 1910/11 could fetch between £2,000 to £3,000 in an April sale.

The medal is set to headline Scotland’s first dedicated auction of sporting medals and trophies to be held at McTear’s in Glasgow on April 26.

Hendry made his Rangers debut on 23rd April 1910 and stayed with the club for 8 years where he played 147 times and scored seven goals.

Experts at McTear’s have estimated that the historic piece, which is being sold by the player’s grandchildren, could fetch between £2,000 and £3,000 when it goes under the hammer at The Sporting Medals & Trophies Auction on 26th April.

Kay Hutchison, one of Joe Hendry’s grandchildren, said: “My granddad was a great footballer but he also had a strong social conscience. When he stopped playing he continued to be involved in the game providing dedicated commentaries for blind fans. Some of my earliest memories are helping my grandmother make rounds of corned beef sandwiches that he would take to the games to share at half-time with his ‘listeners’.

“The medal was a treasured memento of my late mother’s and after my father died recently my brother Glenn and I thought long and hard about where it should go. We are not avid football supporters and we felt the time was right for the medal to go to a true sporting fan, someone who understands the importance and heritage of the piece, and would cherish it for years to come.”

Commenting on the auction, McTear’s Managing Director, Brian Clements, said, “Medals from the early days of Rangers and Celtic football clubs are hugely collectable and we know from experience they can sell for significant sums. Joe Hendry was a remarkable man and the medal is an important piece of Scotland’s football heritage. The medal is in fantastic condition, which is astonishing bearing in mind the age of the piece, and we expect there will be considerable interest from collectors both at home and overseas.”