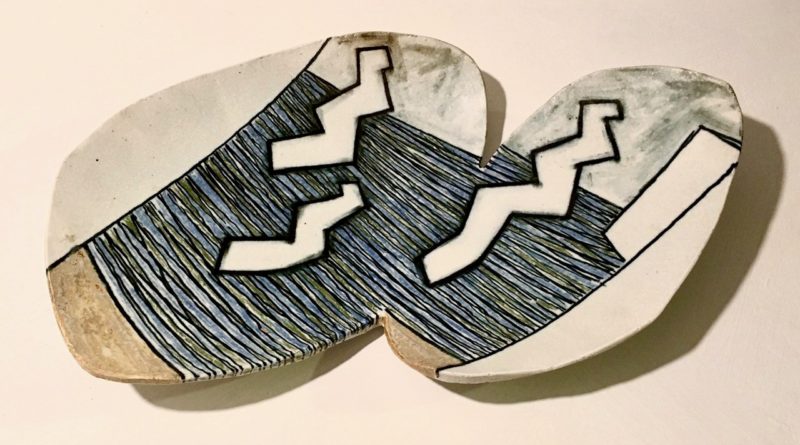 The sale will include work by sought-after potters who had a connection to the county during their careers.

Derek Davis, (1926 -2008) was one of the pioneers of postwar ceramics, internationally respected for his stoneware and porcelain. He studied at the Central School of Arts and Crafts in the late 1940s and together with fellow student Eric Mellon formed the Hillsden Group.

David moved to Arundel in Sussex in 1955 and within five years his work was showing at the Victoria and Albert Museum. Later in his career, Davis became the Artist in Residence at the University of Sussex.

Claire Sutcliffe was another potter local to the county with a studio in Nuthurst, near Horsham. She trained at Wenford Bridge Pottery in Cornwall as Seth Cardew’s first student and worked in the Leach/Cardew tradition.

Douglas Zadek founded Cobham Pottery (Surrey Pottery Ltd), which ran from 1947 to 1956. A life long friend of Bernard Leach, his work in coloured slip decorated earthenware reflects hints at a life spent at The Bauhaus and Leach Pottery in St Ives.

The sale will take place on April 4.