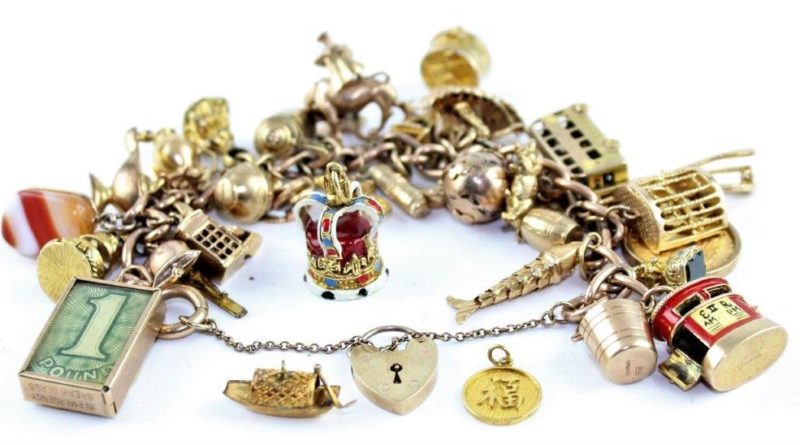 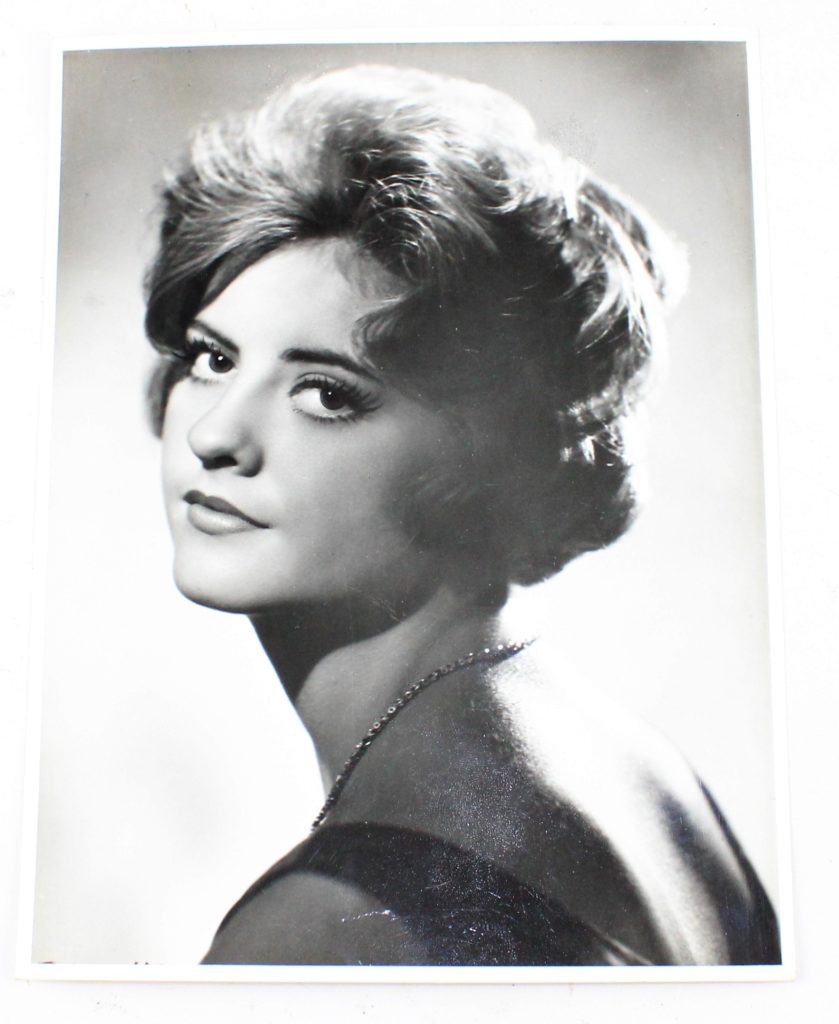 A former model who survived an infamous shipping disaster aboard the Greek ship Lakonia during a pleasure cruise in 1963 is to sell a charm bracelet she wore during the catastrophe.

Pauline Moore was just 20-years-old when she joined the Christmas cruise departing from Southampton with her mother Gertrude Moore, her friend Eileen and her mother’s friend Sylvia.

It was the start of an 11-day holiday, which quickly turned to disaster when four days later a devastating fire ripped through the ship forcing the crew and passengers to abandon it. Sadly, some 128 of the 646 passengers and 376 crew on board the ship lost their lives.

The bracelet is now set to sell at London auctioneers Hansons with an estimate of £1,050, and Pauline hopes the sale will honour those who died and highlight the bravery of the rescuers who saved so many lives.

Pauline, now 75, recalls the unfolding disaster. “I was in the bar with my mother and our friends at about 11pm when the ship’s alarm sounded. Many people ignored it. They thought it was just a practice – but it wasn’t.

“My mother and I returned to our cabin to gather a few belongings but Sylvia and Eileen remained in the bar. They didn’t think it was anything serious.”

However, unbeknown to the passengers, a fire had broken out in the lady’s hair salon caused by an electrical fault. It sparked an explosion and blaze, which was getting out of hand. All passengers and crew had to abandon ship.

Pauline was still unsure what was happening but followed the safety instructions: “My mother and I reported to our lifeboat station. We grabbed heavy cardigans and coats but I was still wearing my chiffon cocktail dress, cocktail coat and bracelet.”

Finally, the seriousness of the situation took hold. “It was terrifying,” Pauline recalls. “When they lowered the lifeboats, which each held 40 people, some tilted sideways tipping passengers into the sea.

“Luckily, our lifeboat was lowered down reasonably well. When it hit the water, we all had to row. I rowed, as did my mother and an eight-year-old boy in front of us who had never rowed before.

“We had a real job rowing away from the ship – it took two hours. That’s because the Lakonia was listing to one side and appeared to be still moving.  Once we finally felt that we were far enough away, all we could do was sit in silence in the darkness and watch the ship ablaze. 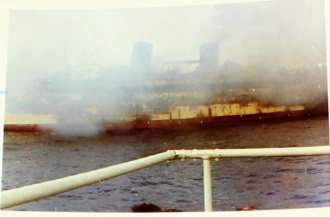 “We heard a couple more explosions. We sat and prayed reciting the Lord’s Prayer as we all knew people were still on the ship. There were cries for help which were difficult to listen to as there was nothing you could do. It was like a film set – except it was real.

“The Lakonia was seven hours off the Portuguese island of Madeira when the blaze began. Later, salvage crews arrived and it sank on its way to Gibraltar.

“As we escaped, the smell of the oil and fumes made us all sick. Like most people I was throwing up as we tried to row. And don’t imagine we were sitting in neat rows. We were all higgledy-piggledy, sitting backwards and forwards.

“There were no flares on the lifeboat and it wasn’t until the early morning that rescue planes spotted us and gave our position. Finally, we saw the first sight of rescue ships on the horizon. We’d been in the lifeboat for seven hours by that time – the same time as those in lifejackets in the sea.

“We were rescued by a British cargo ship called the Montcalm. We were hauled up on ropes. The Montcalm was only a small vessel with 35 crew but they were absolutely amazing. They picked up 275 survivors and kept diving into the sea to rescue people. As well as many survivors, they retrieved 15 bodies from the sea.

“I remember one person being put into a straight-jacket because they were so hysterical when they were rescued. Others remained calm. You never know how you will react in a situation like this.

“I tried my best to help people. There was insufficient food to feed us all. My mother and I helped in the kitchen and distributed soup and bread.

“Bags of clothes were sent to the ship because we were dressed inappropriately. I picked out some jeans and a T-shirt to replace my cocktail clothes.”

“We were on the Montcalm for three days. Due to shipping regulations at the time, the Montcalm could not divert from its original destination so we had to sail to Casablanca in Africa. It was such a relief to get on dry land. We were taken to a hotel and, on Christmas Day, Air France flew us home. They gave us Champagne and Christmas lunch on the flight.

“My mother was scared of flying and, despite being on a ship that sank following a fire and explosion, she wanted to return to the UK by ship. I managed to talk her round and gave her a stiff drink to get her through the flight.

“When we got home there was lots of press attention. It was big news. For a few days, no one had known if we were dead and alive. My mother was well known as the ran the Chequers Pub in Duke Street, St James’s, London, from 1938 to 1965. 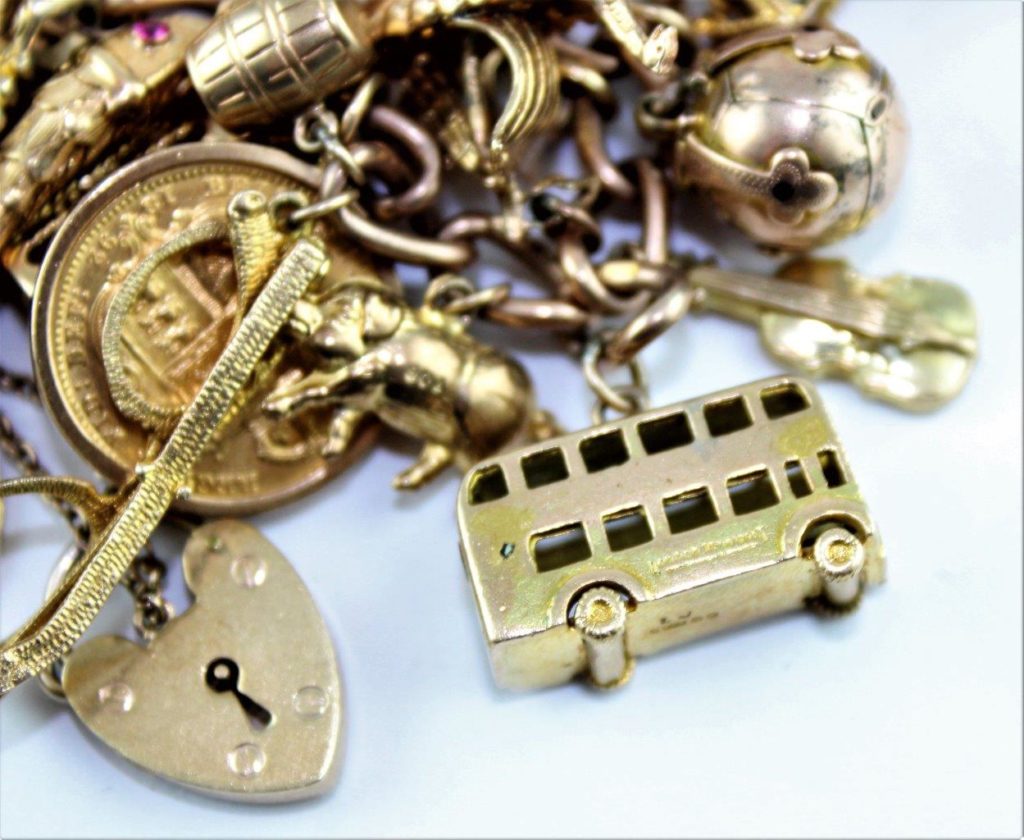 Eileen and Sylvia survived the shipwreck but in more trying circumstances. “Because they stayed in the bar, they ended up having to jump into the sea wearing lifejackets. They were in the water for seven hours,” said Pauline who lost touch with them and can’t recall their surnames.

Looking back now, she said it felt as if they were on the Titanic: “The key difference for us was that the water temperature was warmer.  When Titanic passengers fell into the sea they froze. Some people from the Lakonia survived in their lifejackets despite passing out in the water.”

Pauline, a mother of two grown up daughters, rarely dwells on the drama at sea that could have taken her life. She went on to build her catwalk modelling career, which started when she was 17. She worked for Norman Hartnell, Aquascutum and Fortnum and Mason as a house model.

Sadly, her mother died in 1965 aged only 57 and Pauline wonders if the trauma of the Lakonia tragedy cut short her life.

An inquiry into the disaster traced the fire to faulty electrical wiring but strongly criticised maintenance of equipment, boat drills and the standard of supervision. The evacuation was hampered by overcrowding of lifeboats and the loss of several boats to fire.  Eight of the ship’s officers were charged with negligence.

Despite the heavy loss of life, the Lakonia story is often forgotten. Pauline hopes the sale of her bracelet will help to redress the balance, honour those who died and highlight the bravery of the rescuers who saved so many lives.

The bracelet, together with a photo of Pauline with the ship’s Captain Zarbis, will be sold at Hansons London Auction Centre on April 15.