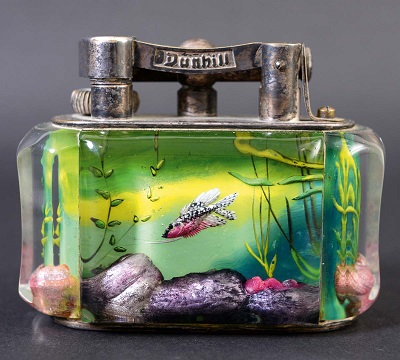 A sought-after Dunhill ‘Aquarium’ table cigarette lighter lit up a recent auction in a Somerset saleroom when it was bought for an impressive £2,500. 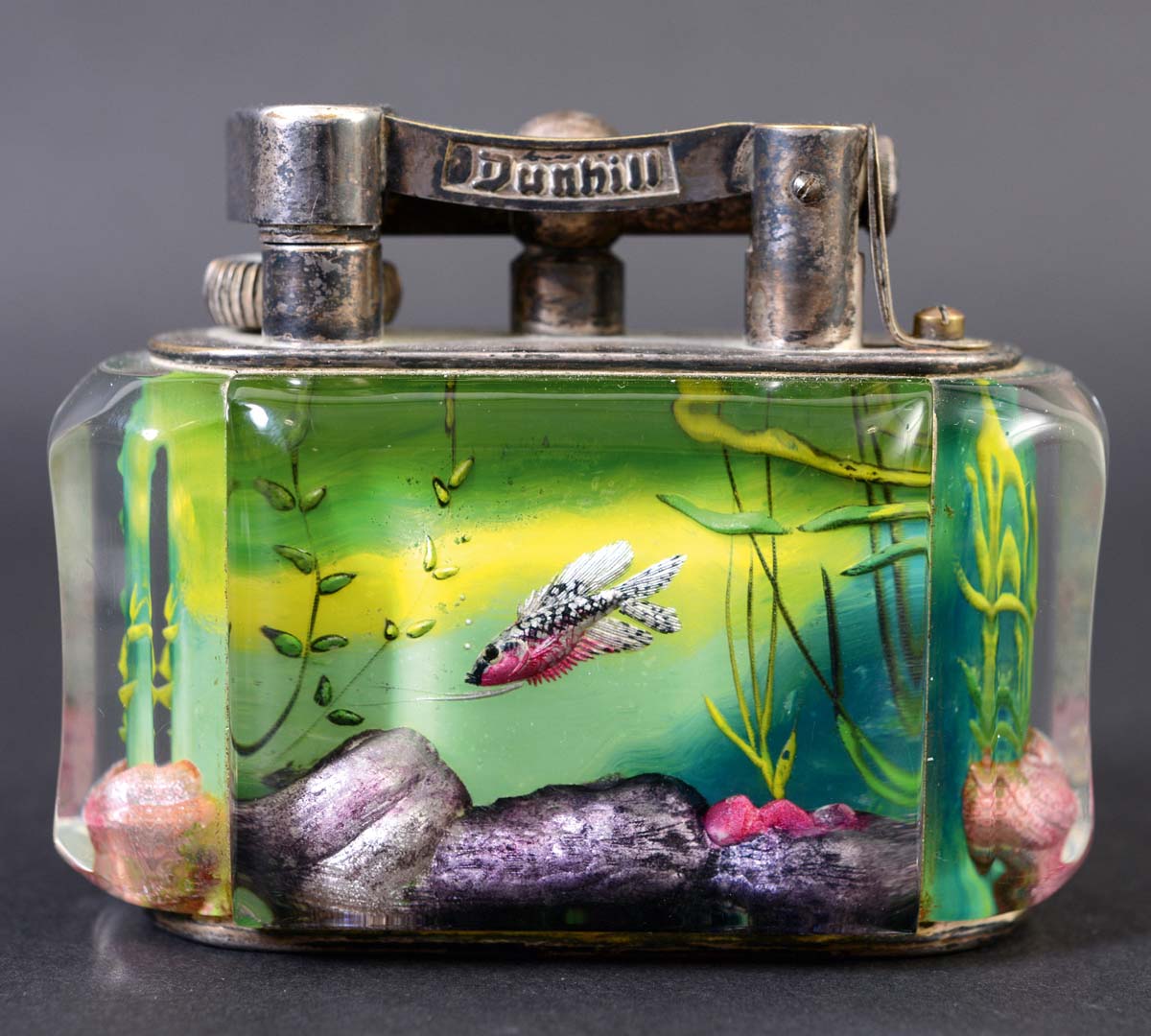 The lighter featured an aquarium scene, skilfully captured on painted lucite panels on the sides.

Elsewhere in the sale of Decorative Arts and Ceramics at Lawrences of Crewkerne, an Arts and Crafts copper dish by the celebrated late-19th and early-20th-century metalworker John Pearson, dated to 1889, fetched £450. A bronze otter cub by the sculptor Laurence Broderick, famous for creating ‘The Bull’ at the Bull Ring in Birmingham, sold for £1,620. 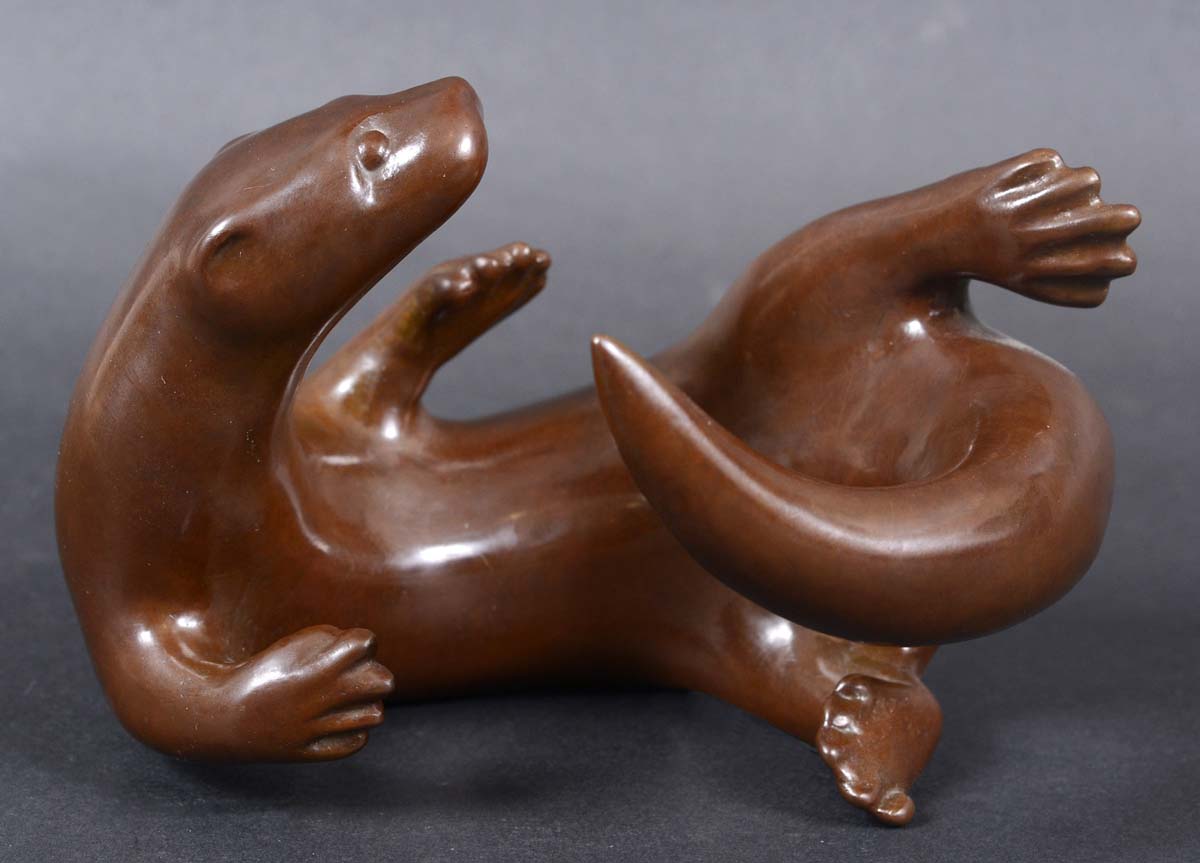 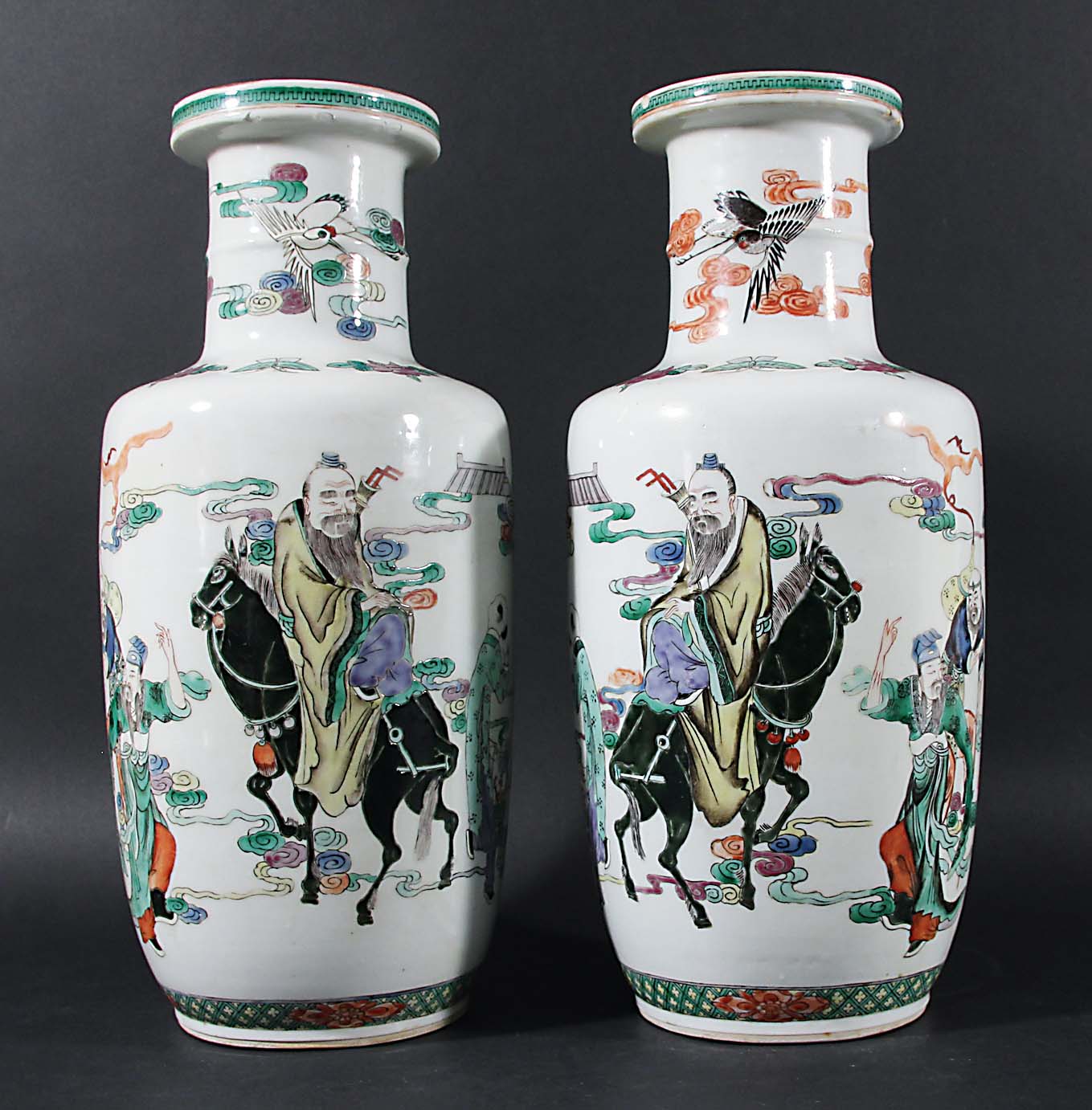