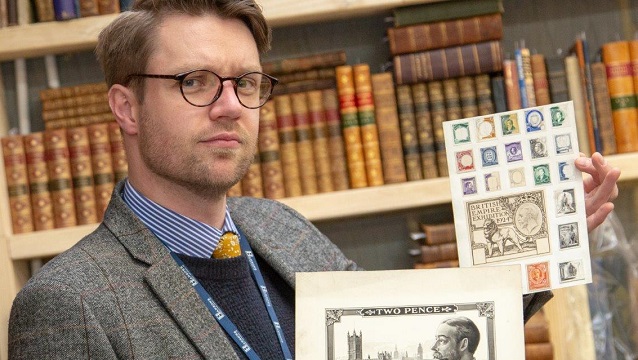 A collection of tiny ‘masterpiece’ bank note and stamp designs, which were rediscovered after being hidden in a wardrobe for decades, has sold for a six-figure sum in a Derbyshire sale.

The rare archive of bank note and stamp designs by the late Leonard Fryer sparked a bidding frenzy among collectors around the world with one set of stamp designs relating to Malta, selling for £22,100. It was a set of adopted stamp designs, some partially completed, made for Malta in 1926 featuring Valetta Harbour and a Gozo fishing boat.

“I burst into tears when Lot 42 sold,” said Dianne Fryer who, together with sister Jan Bullock, decided to sell their late grandfather’s artwork after finding it tucked away in a wardrobe 14 years ago.

In total, the collection of 127 lots made £167,000 at Hansons Auctioneers’ Staffordshire auction venue, Bishton Hall, Wolseley Bridge. The bottom estimate for the entire collection was £76,000.

Dianne, 67, from Abbots Bromley, Staffordshire, said: “We were speechless – and thrilled to bits. Our grandad was just doing his job and now he’s known around the world. It’s so overwhelming.”

Jan, from Lewes, East Sussex, said: “We’re delighted by the whole thing. It’s something we never dreamt of. Grandad was such a quiet gentleman just doing his job. I think his designs sold so well because they’re beautiful.”

Mr Spencer, head of works on paper at Hansons, said: “I’m knocked out by this phenomenal result. I knew this collection was beautiful and important but some experts told me otherwise. It was only when I took it to London’s Royal Philatelic Society that I discovered I was absolutely right. They supported the cataloguing process and were enormously helpful.” 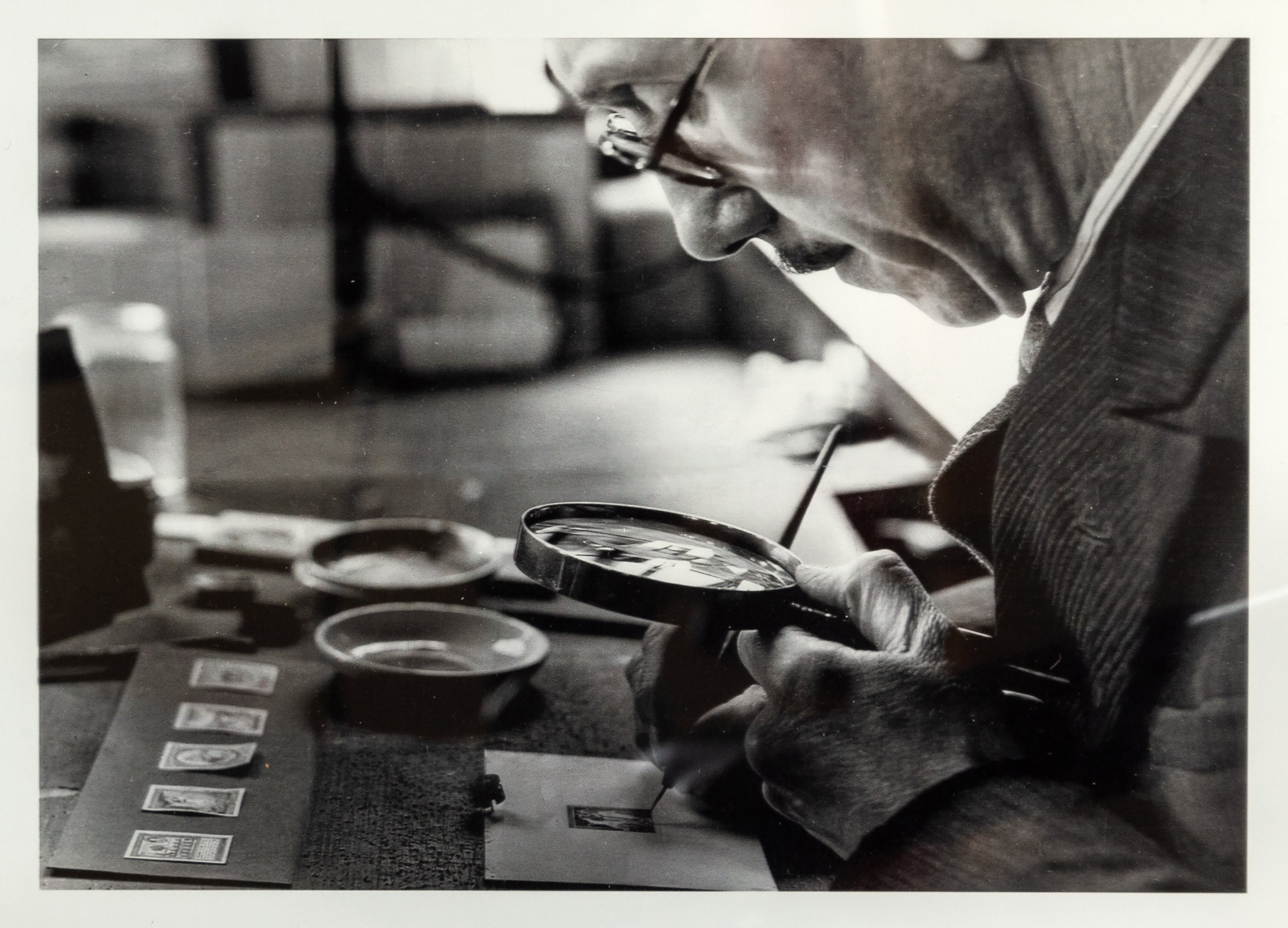 Mr Fryer, who died at the age of 74 in 1964, worked as a designer for London’s Waterlow and Sons, a worldwide engraver and printers of currency, postage stamps, stocks and bond certificates founded in 1810. He worked for the company for more than 50 years from 1906 until he retired in the late 50s. Decades later, some 270 of his original stamp design artworks plus 40 bank note designs were discovered by his granddaughters.

Dianne said: “They were found after our aunty, Pauline Fryer, a fashion designer, died at the age of 84 in 2005. We had to clear her house in Redbridge, Ilford, Essex, and found them tucked away in a wardrobe in a spare bedroom. It was a complete surprise. We had no idea they were there. They must have been there for decades.

“Grandad was born in Plaistow, Newham, London, in 1891 and worked at Waterlow until he retired. We never planned to part with the artwork but felt it deserved to be seen and appreciated rather than hidden away. I’ve scanned every single item so we have the collection as a memory.”

Adrian Rathbone, associate director of Hansons, who discovered the archive with Jim Spencer in Staffordshire, said: “I’m delighted for all concerned. There was demand from across the globe because Mr Fryer designed stamps for many Commonwealth countries. He was also involved in the design of some British commemorative stamps.

Charles Hanson, owner of Hansons and auctioneer on the day, said: “This was a first-class sale which showcased Mr Fryer’s extraordinary talent. His mini masterpieces were painted to scale in such exquisite detail he had to work with a magnifying glass in one hand.

“His designs may have gathered dust in a wardrobe for decades but they’ve come into the light and will be treasured by their new owners all over the world.”

Mr Fryer had to squeeze a portrait of a monarch, a symbol of the nation and the price of the stamp in his tiny designs. Competition was stiff and several designers were commissioned to create a stamp design, which then went before a postal administration panel.

Mr Spencer said: “Everything was carefully assessed and amendments made before any stamp hit the printing presses.  Sometimes, one element of Mr Fryer’s work would play a part in the final concept.