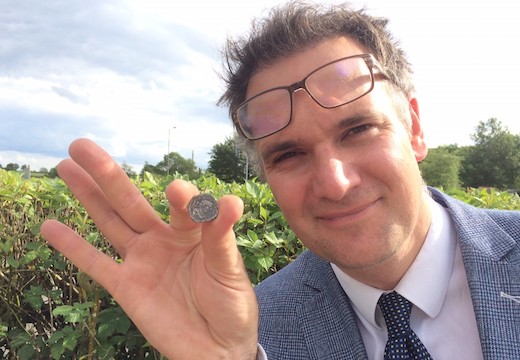 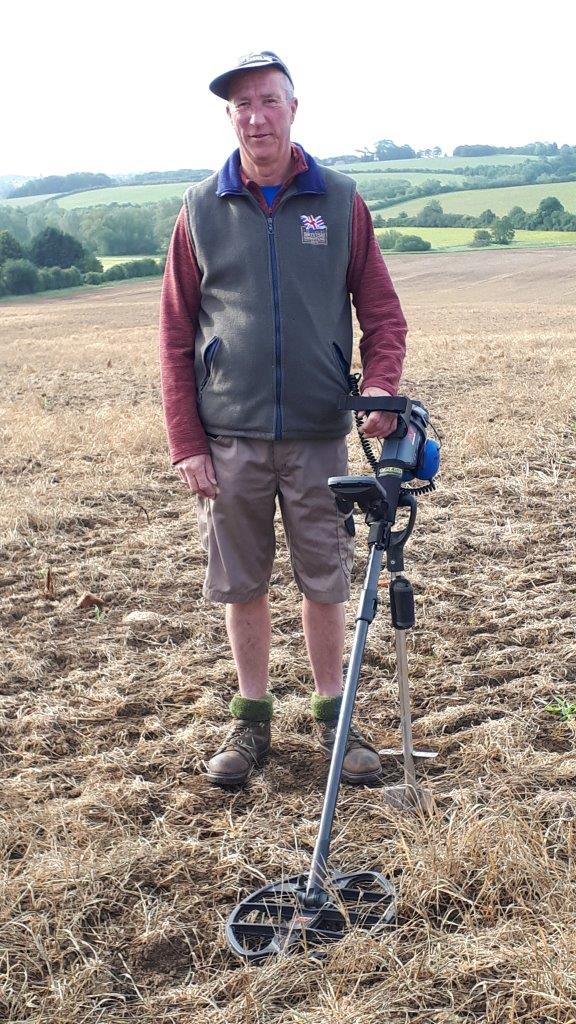 When metal detectorist Tom Thomas found a Carausius Denarius Roman silver coin nearly 30 years ago, he thought it was nothing out of the ordinary.

The 62-year-old retired policeman from Reading, Berkshire, said: “I didn’t know what it was as such. I knew it to be a Roman coin as I had found others in the past. I put it with my small collection and thought nothing more of it. I’ve been metal detecting for more than 30 years and I’ve found lots of different coins and other Roman artefacts.”

Fast forward to a family barbecue two years ago and Mr Thomas was set for the surprise of his life – his 2,000-year-old Carausius Denarius Roman coin was spotted by fellow metal detectorist Mark Becher. He thought it was unique and started consulting experts.

“It turned out to be the only one of its kind in the world,” said Mr Thomas. “But for that family barbecue and Mark spotting it, I may never have known. Mark contacted other experts, including the British Museum, and no-one had seen anything else like it before.”

The coin, which was dug up in a farmer’s field in Berkshire and dates back to AD 286-93, is now set to go into Hansons Auctioneers Historica and Metal Detecting Finds sale on August 27 with a guide price of £10,000.

The coin, which is registered with the Portable Antiquities Scheme (PAS), features Roman goddess Salus feeding a snake rising from an altar.

Its PAS description adds: “The coin is not published and is the only example of its type in Sam Moorhead’s [The British Museum’s finds advisor for Roman coins] corpus for a new edition of RIC [Roman Imperial Coinage catalogue].”

Mr Thomas said: “I remember the day I found it. I was getting a very low signal from my metal detector. I wasn’t going to dig but changed my mind. I had to dig down really deep compared to other coins, about eight inches, to reach it.”

Mr Becher, who runs the Metal Detectives Group from Aylesbury, Berkshire, organises digs and works as a consultant for Hansons, said: “I was staggered when I saw the coin. I’ve been metal detecting for more than 25 years and I’ve witnessed countless finds, both my own and other people’s. I’d just never seen anything like it.

“After noticing it in Tom’s collection, I quickly sent a picture of it to a good friend and Roman coin guru Chip Gruszczinski. He came back in a flash confirming what I’d assumed.

“I then contacted an absolute expert in the field of Roman coins, Sam Moorhead at the British Museum. He agreed with the consensus of opinion. People talk about rare but this coin is unique. As far as we know, it’s the only one of its kind in the world. For keen collectors, it doesn’t get any better than that.”

Mr Thomas said: “I was surprised and delighted when I heard how special the coin was. The only reason I’m selling it now is because it’s so unique and valuable it has to be locked away in a bank vault.”