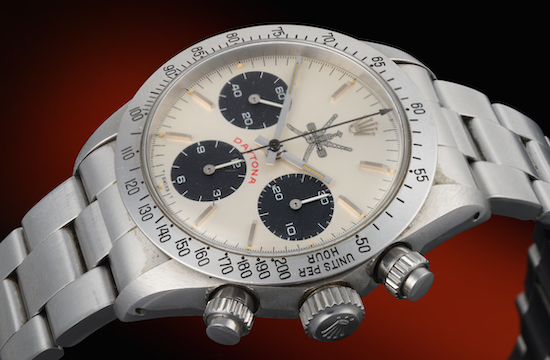 A Rolex Daytona wrist watch presented to a pilot by the Sultan of Oman was the top lot in a recent North Yorkshire sale, hammering down at £120,000.

The 1979 Rolex Daytona ‘Big Red’ watch led the way among a strong offering of collectors and vintage watches. Examples of unusual watches, those in original condition and Rolexes were much in demand at Tennants Auctioneers, with international bidders joining in from around the world 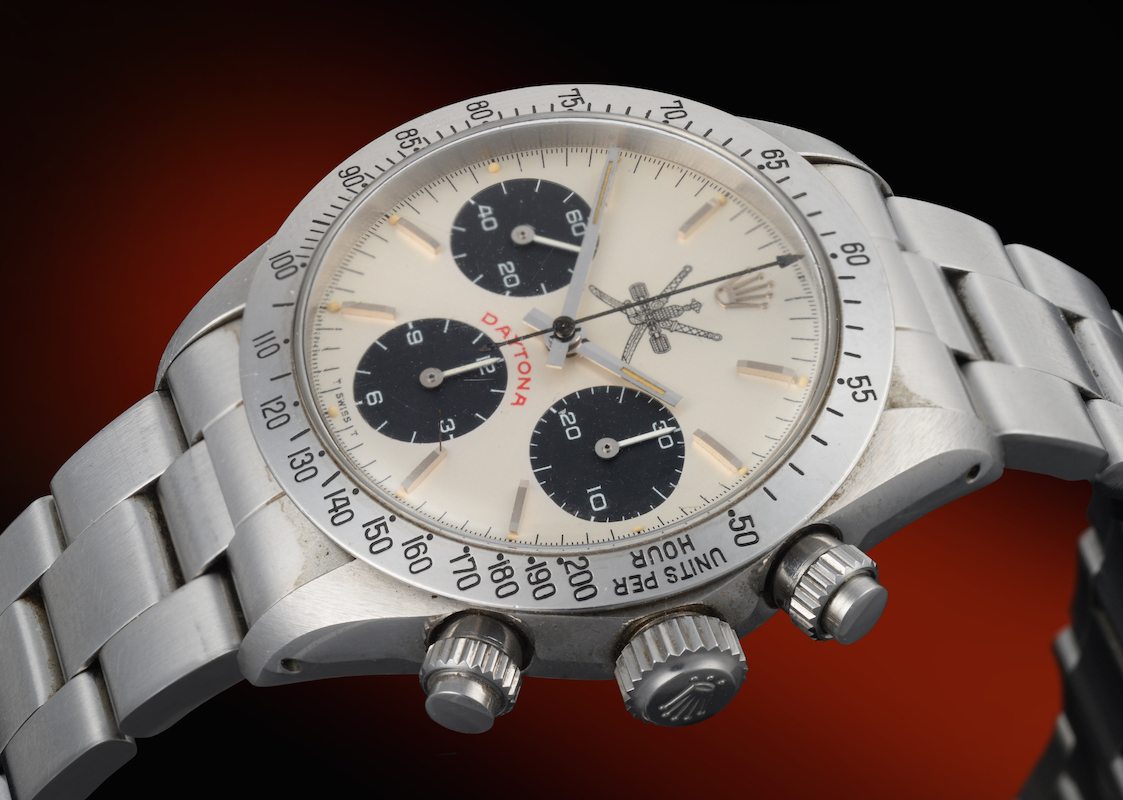 Good prices for early English oak furniture were again in evidence when a rare 13th to 15th-century clamp-fronted chest sold for a hammer of £22,000. The vendor of the chest had originally purchased it with the belief that it was of a later 19th-century period, due to miscataloguing. 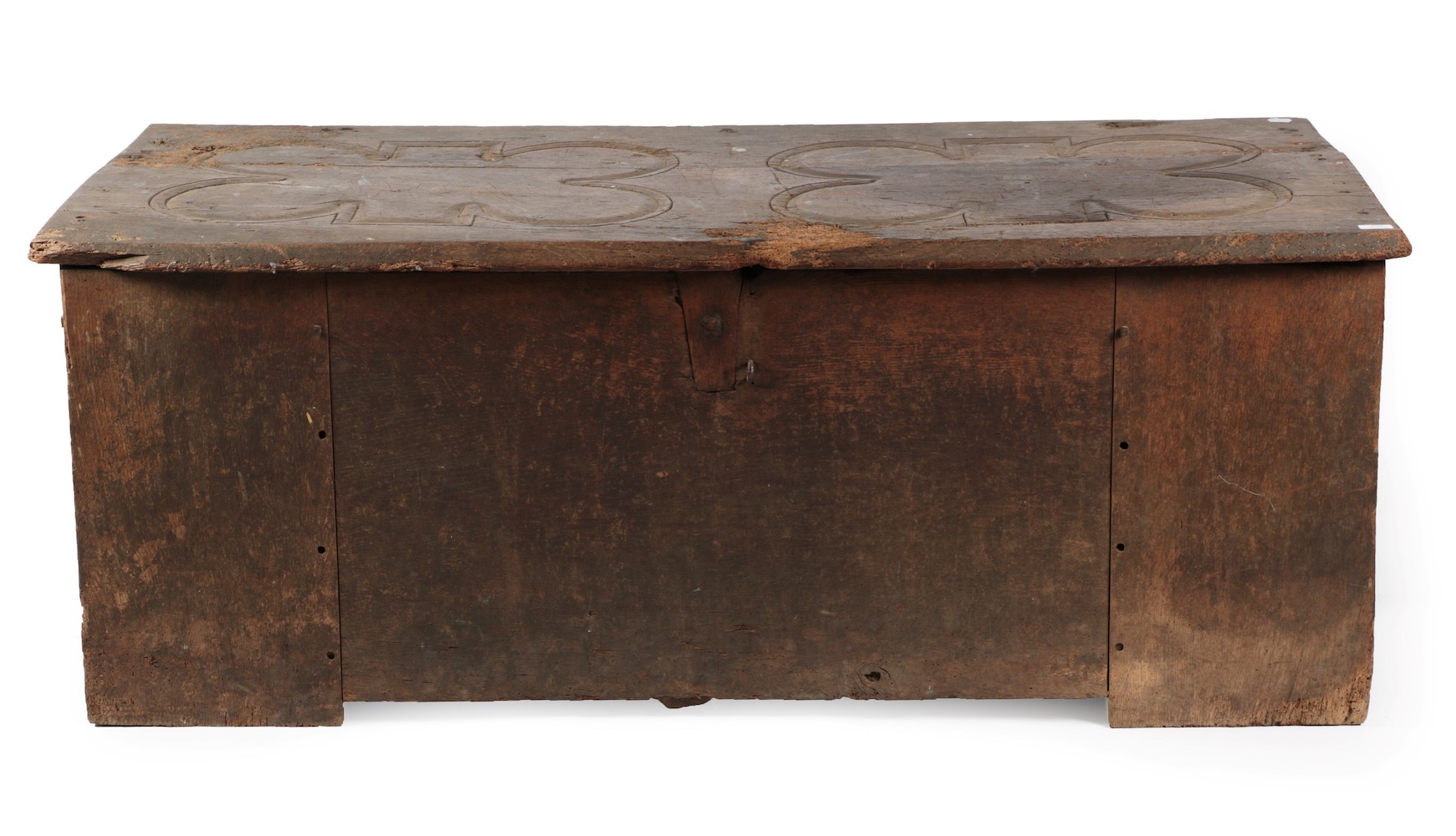 Other furniture that performed well included an ornately carved 17th-century joined oak settle, on which was carved ‘Thomas Rerersby, 1621’, which sold  at £2,300 against an £1,000-1,500 estimate. Elsewhere in the furniture section good decorative pieces produced good results, such as an 18th-century walnut and parquetry bureau cabinet (South German or Austrian), which sold for £6,800, and a Louis XV style marquetry and gilt metal mounted bureau plat, c1870, which sold for £5,000. 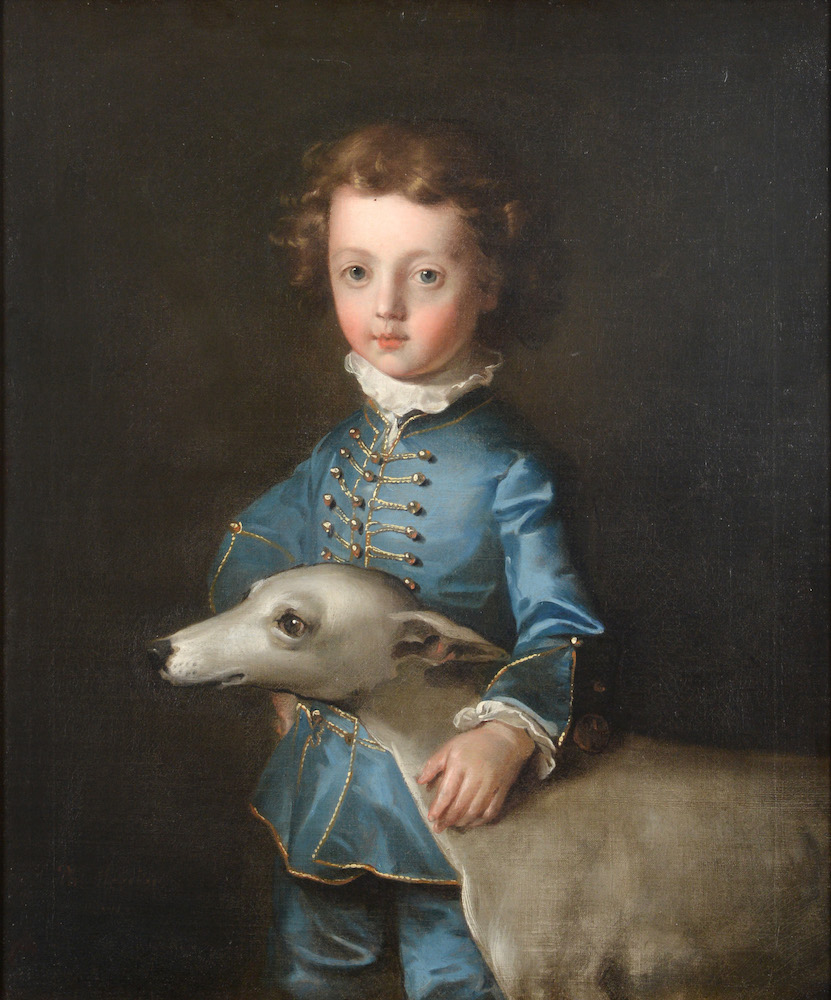 Away from the Gainsborough Estate, animal and sporting art saw much interest, with an appealing drawing of two slumbering dogs by Cecil Aldin (1870-1935) selling well above estimate for £5,000, and an impressive hunting scene by Heywood Hardy (1842-1933) selling for £13,000.

Some of the most competitive bidding of the day came right at the end of the sale, with five phone lines competing for three watercolour on vellum studies of amaryllis, iris and guava by Georg Dionysus Ehret (1708-1770). Ehret was a German botanist and entomologist, who started out life as a gardener in Heidelberg and went on to collaborate with the likes of Carl Linnaeus. The watercolours sold for £14,000, £15,000 and £12,000 respectively.

The sale took place on July 13.