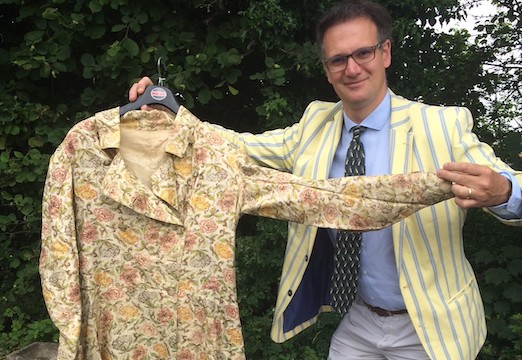 A dressing gown that belonged to Prince Albert, beloved husband of Queen Victoria, could sell for thousands when it goes under the hammer in London next month.

The full-length royal gown, with a floral pattern design, dates to the 1850s and is made from hand-sewn silk. It has a crown mark inside the collar and features a flori-bunda rose design in golds and dusky pinks. 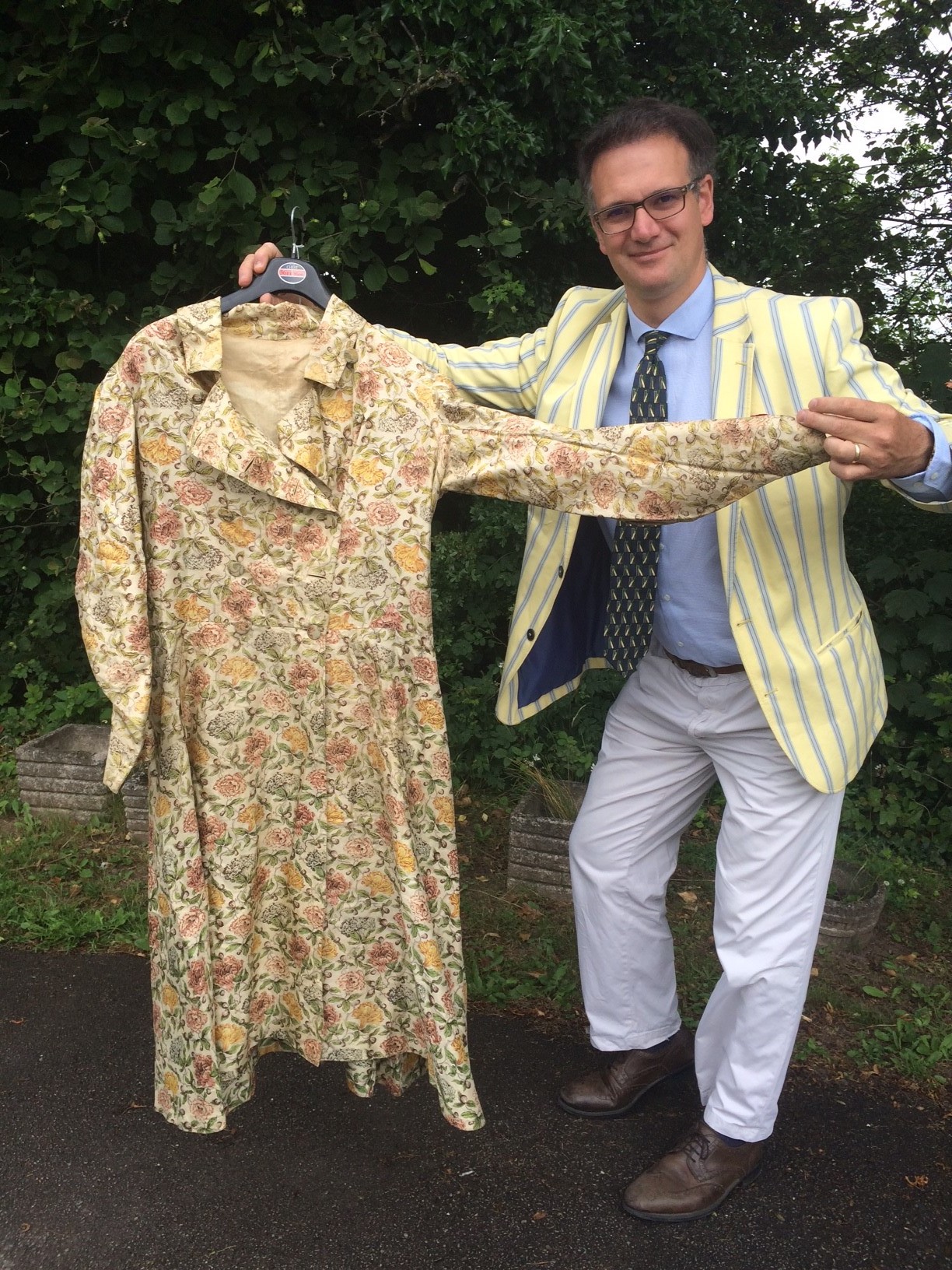 It was given to German-born Rudolph Löhlein, valet to Prince Albert and personal attendant to Queen Victoria, a man so highly thought of he was rewarded with a job and pension for life by the Royal Household.

The item is due to be sold by Hansond Auctioneers at the Normansfield Theatre, Teddington on August 12 with an estimate of £2,500 to £3,000.

The dressing gown has been carefully preserved through the generations by the family who inherited it in the 1850s.

The Surrey vendor, who did not wish to be named, said, “Rudolph Löhlein was my great great grandfather. He became the Prince Consort’s second valet in 1847 and then principal valet in 1858. They knew each other as children. He was at Prince Albert’s death bed when he died aged 42. My father used to say Albert died in his arms.”

An 1896 newspaper obituary on Löhlein included this note by Queen Victoria: “This faithful and trusted valet nursed his dear master so tenderly through his sad illness in December, 1861, and is now always with me as my personal groom of the chambers or valet. I gave him a house near Windsor Castle where he resides when the Court is there.”

Löhlein’s devotion was also referred to in Sir Theodore Martin’s Life of HRH Prince Consort: “When in the early days of December 1861 the Prince Consort was stricken down with fever, it was Löhlein who sat throughout the night watches with the medical attendants and he was present on the sad Saturday night, December 14, when the Queen’s beloved husband breathed his last.”

The vendor added: “Löhlein headed Prince Albert’s funeral procession when it passed the nave of St George’s Chapel. Then, when the coffin was removed to Frogmore, his final resting place, it was Löhlein who was entrusted with conveying Prince Albert’s crown and baton.”

He continued, “The dressing robe is beautifully made. I inherited it from my mother. It’s been carefully preserved for many years, wrapped up and put away in a wardrobe. Many people are aware of John Brown, a Scottish personal attendant and favourite of Queen Victoria, but Löhlein was extremely highly regarded too.

“She never forgot Löhlein’s attention to Albert during his illness. After her husband’s death, she retained him as personal attendant and groom of the chambers. He retired in 1884 with a generous royal pension. When he died at the age of 68 in 1896 Queen Victoria sent a letter of condolence, wreath and representative to his funeral. He is buried in St Mark’s Church Yard, Surbiton, London.”

Charles Hanson, owner of Hansons London, said: “Löhlein’s loyalty, kindness and devotion to duty were extremely important to Queen Victoria. She was devasted when her beloved husband and the father of their nine children died and wore black until her own death in 1901.

“On the dreadful day she lost her husband and during those painful times of mourning, Löhlein was there for her. After nursing the prince on his death bed, he went on to support Queen Victoria until his retirement. He worked in the Royal Household for nearly 40 years.

“We’re honoured to be selling this exquisite royal dressing robe, which has a dash of flower power thanks to its flori-bunda rose design. Its discovery allows us to pay tribute to Löhlein, a man who served two of Britain’s most prominent royal figures with admirable devotion.”