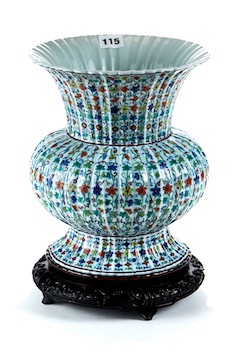 An 15th-century Chinese vase stormed past its low estimate of £100 to hammer at £200,000 with its buyer flying to the Suffolk auctioneers to bid in person.

The rare Doucai ribbed piece, which had the six character seal mark of the period (1465-1487), was consigned by a local man in Felixstowe, whose aunt had lived in the Far East, but had no idea of its worth. 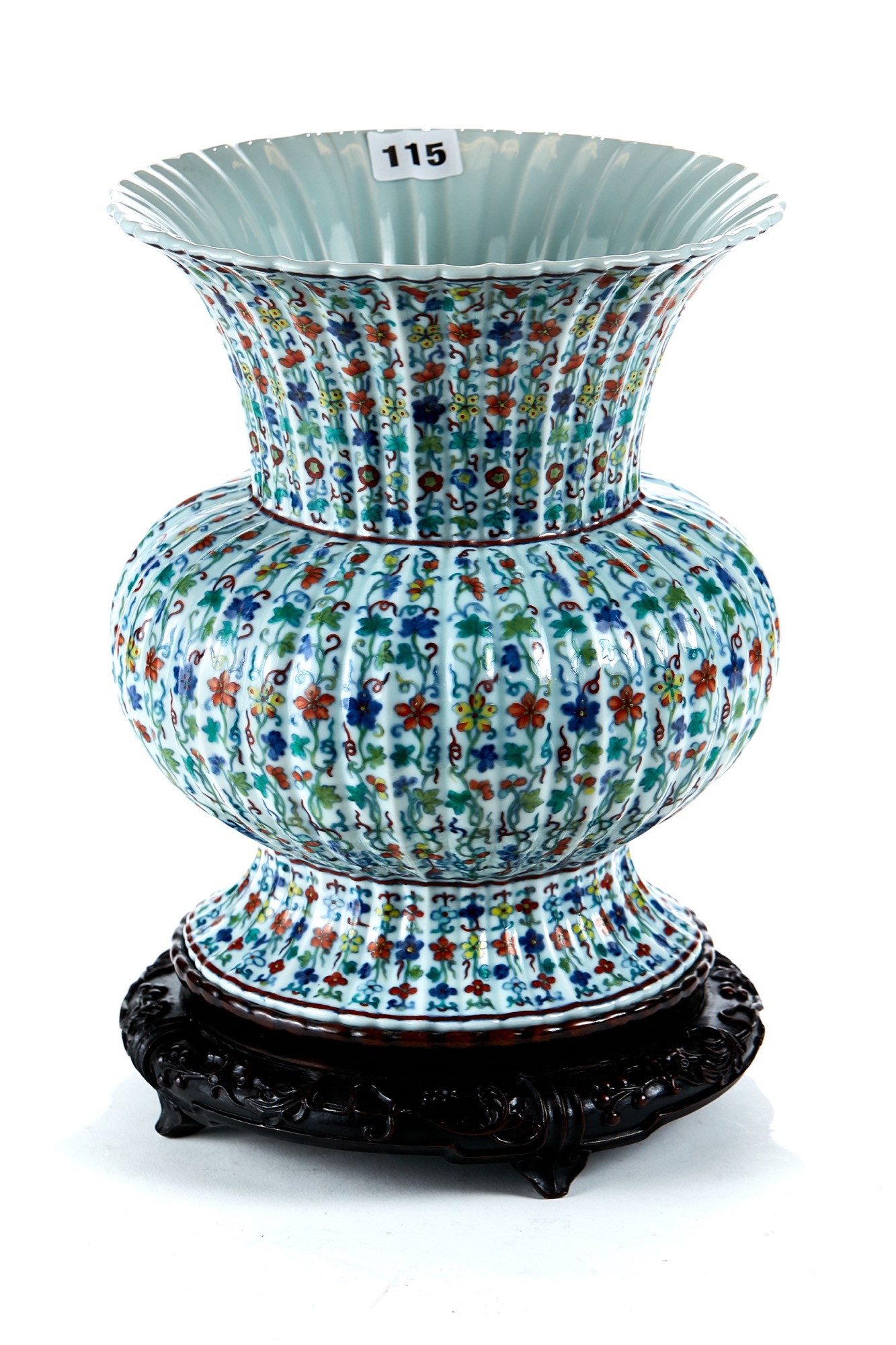 The cautious estimate from Diamond Mills & Co. was due to a hairline crack to the rim and the fact copies were known to appear on the market.

Auctioneer Nigel Papworth, who called it the sale of his career, said: “We knew as soon as it appeared online that the vase was something special. We had interest from all over the world.

“It had a short hairline crack to the upper neck and a firing crack in the base, which was probably decorated over at the time of manufacture. Before the sale we were hoping for £10,000 to £20,000 and were surprised and delighted when bidding on the internet and in the room soared to £200,000.” 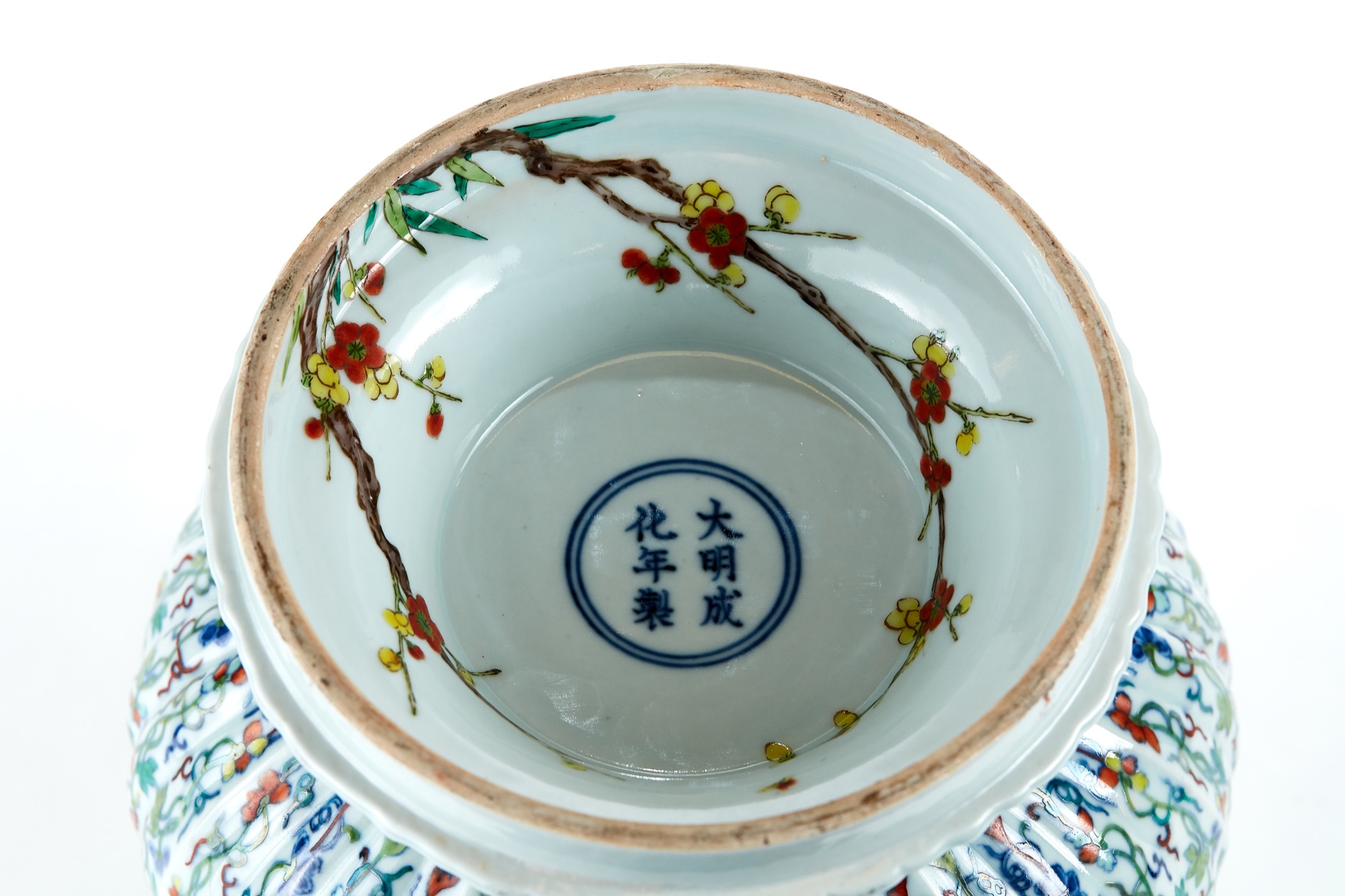 A representative for the buyer flew in from Beijing rather than bid online, which would have attracted fees of more than £10,000.

Mr Papworth continued: “It’s a house record for us. We were planning to sell the saleroom and continue with pop-up sales only. But this is going to keep us going for a while.”