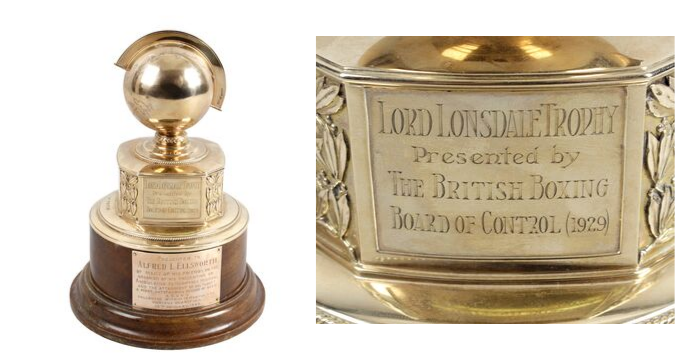 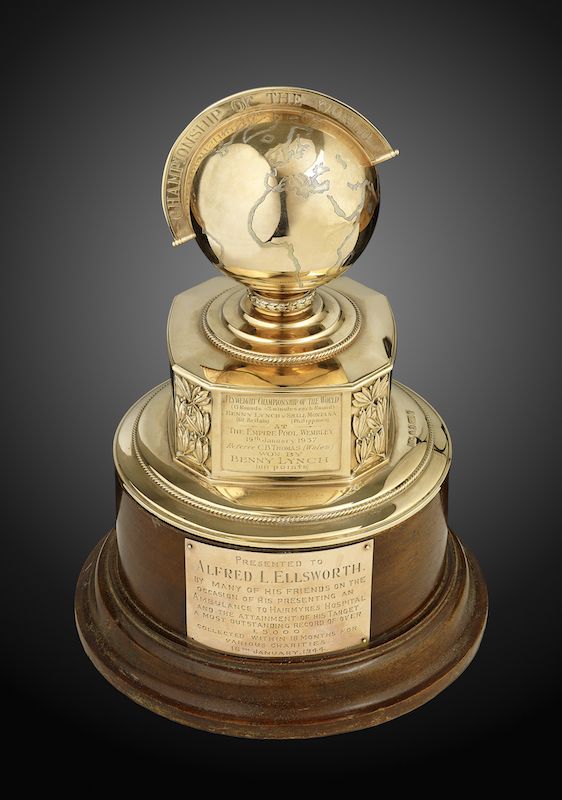 Fellows Auctioneers was selling the trophy awarded to Benny Lynch after he defeated Filipino boxer, Small Montana, at the Empire Pool in Wembley on January 19, 1937.

The fight established Benny Lynch as the “undisputed” Flyweight champion of the world. Lynch, rated as the no.5 flyweight boxer of all time by the founder of The Ring Magazine, was one of Scotland’s most acclaimed boxers of the 20th century, with a phenomenal 88 wins from 119 fights.

With many bids stacked together, it was eventually two telephone bidders who went head to head as the asking price went above £6,000.

Eyes across the saleroom were fixed on the two telephone bidders as eventually one dropped out at £12,000 – making this the highlight lot of the auction.

Born and raised in Glasgow, Benny Lynch learnt his trade boxing in carnival booths during the great depression. He became a world champion in his twenties, with an incredibly boxing record. Lynch was awarded this trophy in 1937, a few years before he retired.

The trophy was later presented to Alfred L Ellsworth, steward of the area council in the British Boxing Board of Control. It was presented by many of his friends on the occasion of his services to Hairmyres Hospital, to which he presented an ambulance, and also attained his target of over £5,000 collected within 18 months for various charities, dated 16th January 1944.

Kevin Jackson, Auctioneer & Senior Specialist in Antique & Fine Art at Fellows, said: “I am proud we have sold such an important piece of boxing history. Benny Lynch was an icon in Glasgow, and he is arguably Scotland’s greatest ever boxer. To have one of his most famous trophies from one of his most significant fights go under the hammer and sell for such a good price is a privilege. It’s rare an item of this significance comes up for auction so It was no surprise the trophy sold way above estimate.”