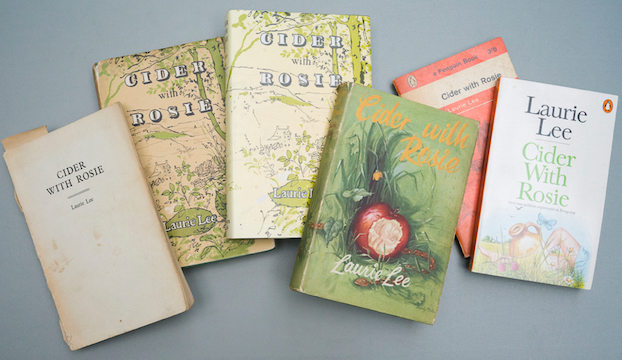 In the 60th-anniversary year of the publication of Cider with Rosie, the personal library of the book’s author Laurie Lee is being offered by rare bookseller, Bernard Quaritch Ltd, for £30,000. 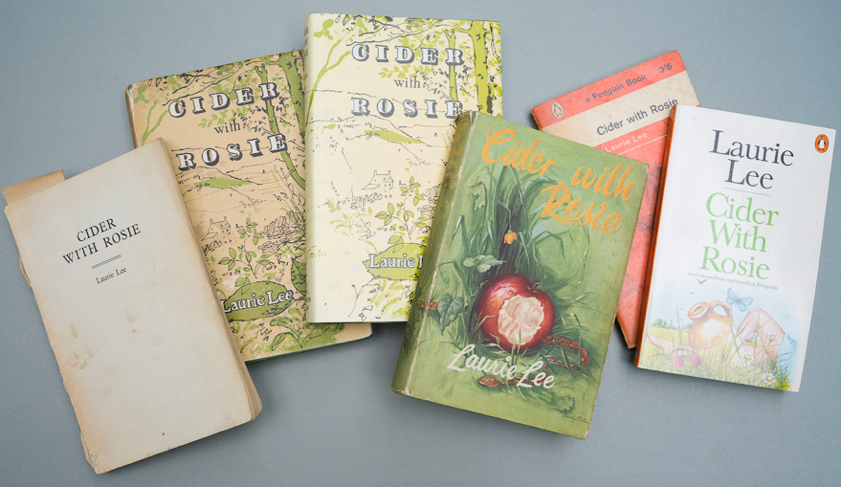 The collection is expected to spark interest among both collectors and fans of the celebrated author. The library includes the English author and poet Laurie Lee’s first edition of Cider with Rosie (1959), his famous memoir of childhood in the rural Cotswolds, which celebrates 60 years in 2019,  and contains a passage for which Laurie Lee was sued for written defamation.

This is just one of 113 books by Lee himself in the collection, kept as file copies but often signed and annotated by the author. Also featured are 167 books by other notables writers, many signed or inscribed to Laurie Lee, including works by John Betjeman, Stephen Spender, Cecil Day-Lewis, Betty Askwith, Ted Hughes, Nadine Gordimer, P. J. Kavanagh, Wendy Cope, and many more. The library is expected to fetch £30,000.

At a time of current political upheaval, a collection of books on English Radicalism and Reform, assembled by the human rights and civil liberties lawyer, Sir Geoffrey Bindman QC, is also likely to be in demand.

Assembled over many years, this serendipitous exploration of political protest comprises books, pamphlets, prints and ephemera, and has at its heart the radicals and radical societies of the 1790s leading up to the Peterloo Massacre of 1819 (the 200th anniversary of which was marked by a number of events earlier this year).

Radical publications – often rare pamphlets or news-sheets – are accompanied by accounts of the prosecutions they underwent in the name of a free press, and of the legislation introduced to repress their fight for electoral reform and universal suffrage.

From there, the library steps back in time to take in earlier radical movements, in particular the Levellers of the mid-seventeenth century.  ‘English Radicalism and the Struggle for Reform – the Collection of Sir Geoffrey Bindman, QC’, the first catalogue of highlights from the library, will feature 250 items with prices ranging from £75 to £5,000.

Donovan Rees, head of English Books at Quaritch, explained, “We specialise in uncovering rare books and manuscripts that capture history in the making.  Laurie Lee’s library, offered in the anniversary year of his most famous work, Cider with Rosie, allows us an extraordinary glimpse into the life of one of Britain’s best-loved writers. His intense political engagement – including a period in Spain during the Civil War – connects very well with the topic of our second library, that of Sir Geoffrey Bindman. To see how political agitation, often at great personal risk, changed the political landscape, is a very salient reminder of the power of the written word.”

The release of both collections coincides with Bernard Quaritch Ltd.’s move from London’s Mayfair to 36 Bedford Row, a five-storey, airy building in the heart of London’s legal quarter in Bloomsbury. Built in the 1690s by Nicholas Barbon – an economist and physician known for advocating the free market – and remodelled in the eighteenth century, its past tenants have included Sir Gilbert Heathcote, Governor of the Bank of England, and several firms of lawyers.