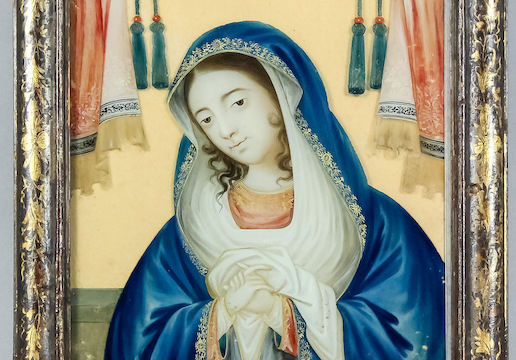 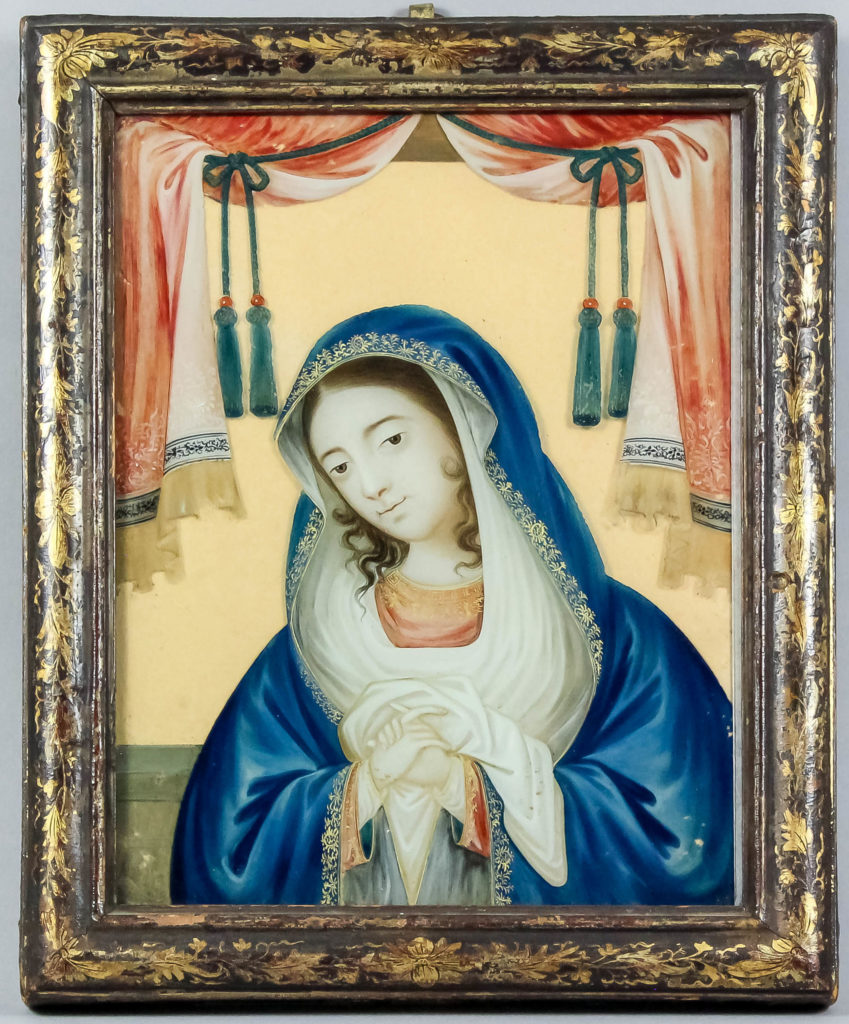 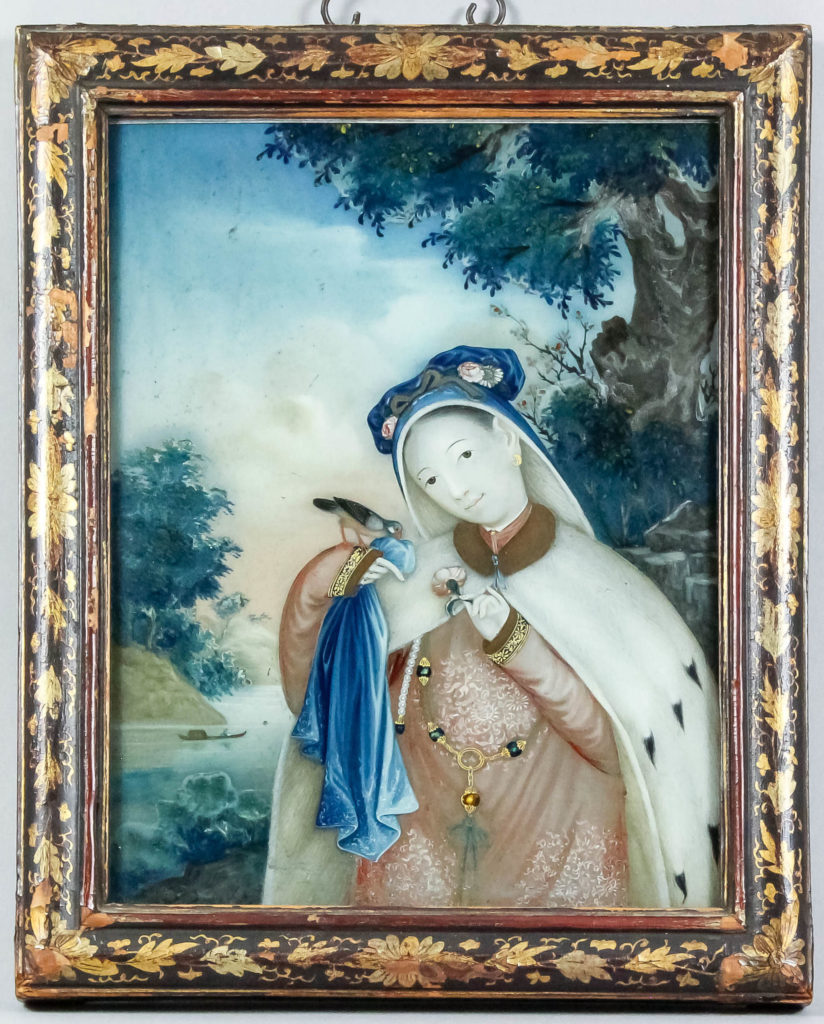 A pair of 18th-century Chinese paintings purchased from a London market stall in the 1950s have garnered a windfall of over £8,500 for a Kent family in a Canterbury auction.

The vendor had bought the paintings along to one of the valuation mornings held by The Canterbury Auction Galleries who spotted their potential.

Well-preserved examples of the artistic skill of reverse painting on glass that flourished in the Qianlong period, the two pictures were made for the export trade to delight European collectors fascinated by the Orient. In the sale, a bidding battle ensued between two Hong Kong and UK buyers who were the underbidders on each other’s lot when they were offered in the sale room’s two-day October auction.

A Hong Kong telephone buyer secured the second, which depicted a young woman with a bird perched on one hand and holding a flower in the other. The portrait was set in a landscape, 9.25ins (23.5cm) x 7.25ins x (18.5cm), also in its original, but slightly different, black lacquer and gilt decorated frame. It sold for  £2,700 against an estimate of £1,000-1,500.

The Kent family’s aunt was a regular visitor to the street market, but it was not known if she purchased the two paintings together or on separate visits. The dearer of the two was unusual for its European subject matter, but lacked the landscape background of its companion.

The highest price lot in the sale was another Chinese work of art that had passed through another family by descent from the early 20th Century: a Qing dynasty carved rhinoceros horn libation cup dating from the Kangxi period of about 1700.

Finely carved with three immortals and an oarsmen in a small river craft navigating a mountainous river gorge, the rocky banks scattered with wutong and pine trees and a small pagoda to the reverse, the interior with over the rim pine branches, the dark toffee coloured cup measured 7ins (17.7cm) x 4.5ins (11.5cm) x 4.5ins (11.5cm) high and sold to a Hong Kong-based telephone bidder on estimate for £30,000.