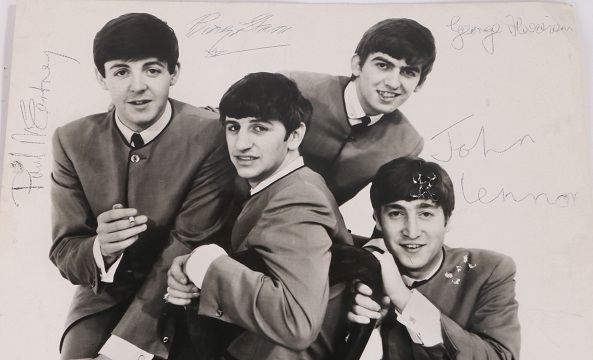 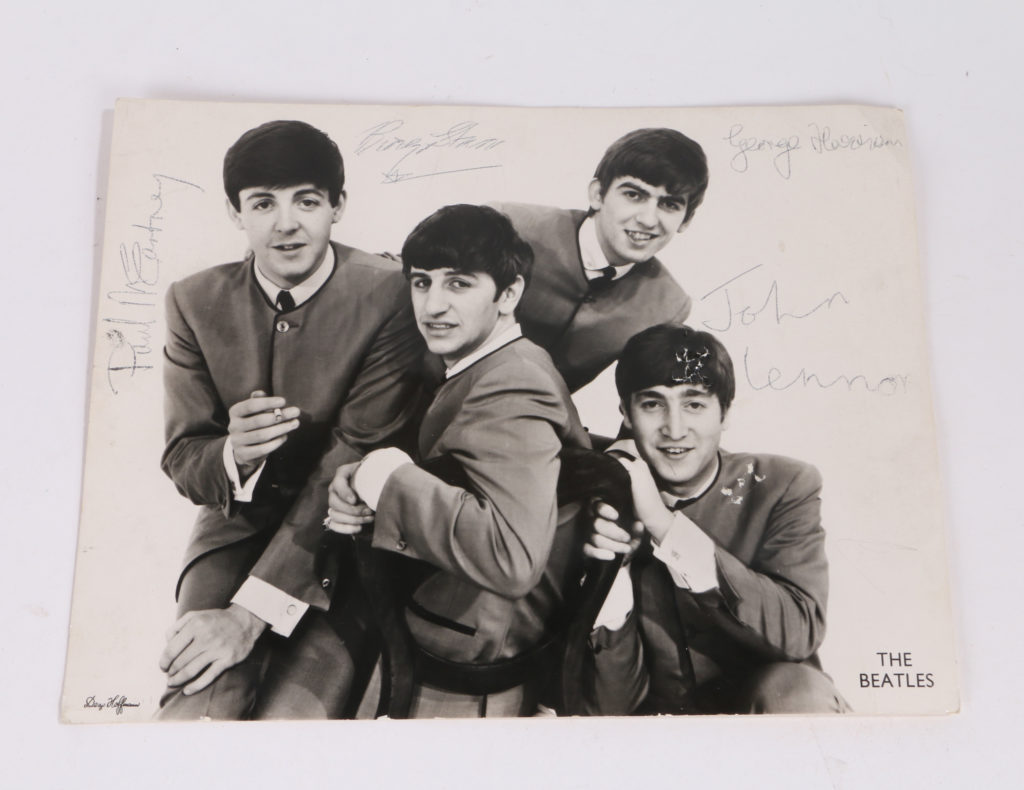 A rare, signed photograph of The Beatles is one of the highlights of a music and memorabilia auction taking place at a Suffolk auctioneers this month.

The Beatles’ photograph, measuring 21.5cm x 16cm is signed in pen by all four members of the band, and carries a pre-sale estimate of £2,000 to £3,000. Oliver Miller, managing director of Bishop & Miller’s auction house, said, “It’s one of our highlight lots from the music auction, and its provenance is really remarkable. The vendor told us that the picture of the Beatles plus their signatures was given to them by Jane Asher when she was with Paul McCartney.”

The vendor’s nana and aunt worked for both Mrs Asher and her mother for many years, and when they were growing up were also invited to several children’s parties in Wimpole Street in London.

Oliver Miller continued, “They were often bought clothes in Mrs Asher’s favourite colour red, as all her family had red hair and couldn’t wear it. Paul and Peter Asher (of Peter and Gordon) also visited their home at Christmas, bringing presents from the family in 1968. With such special and intricate connections to the band itself we anticipate lots of interest in this photograph.”

Oliver Miller said, “Our Music & Memorabilia Auctions are growing each year and we’re thrilled to be able to offer our customers such a variety of collectible and desirable items in this sale. As ever The Beatles magic shows no sign of dwindling as we have signed photos and first pressings of vinyls.”