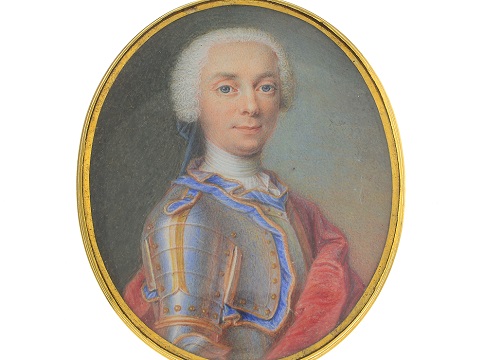 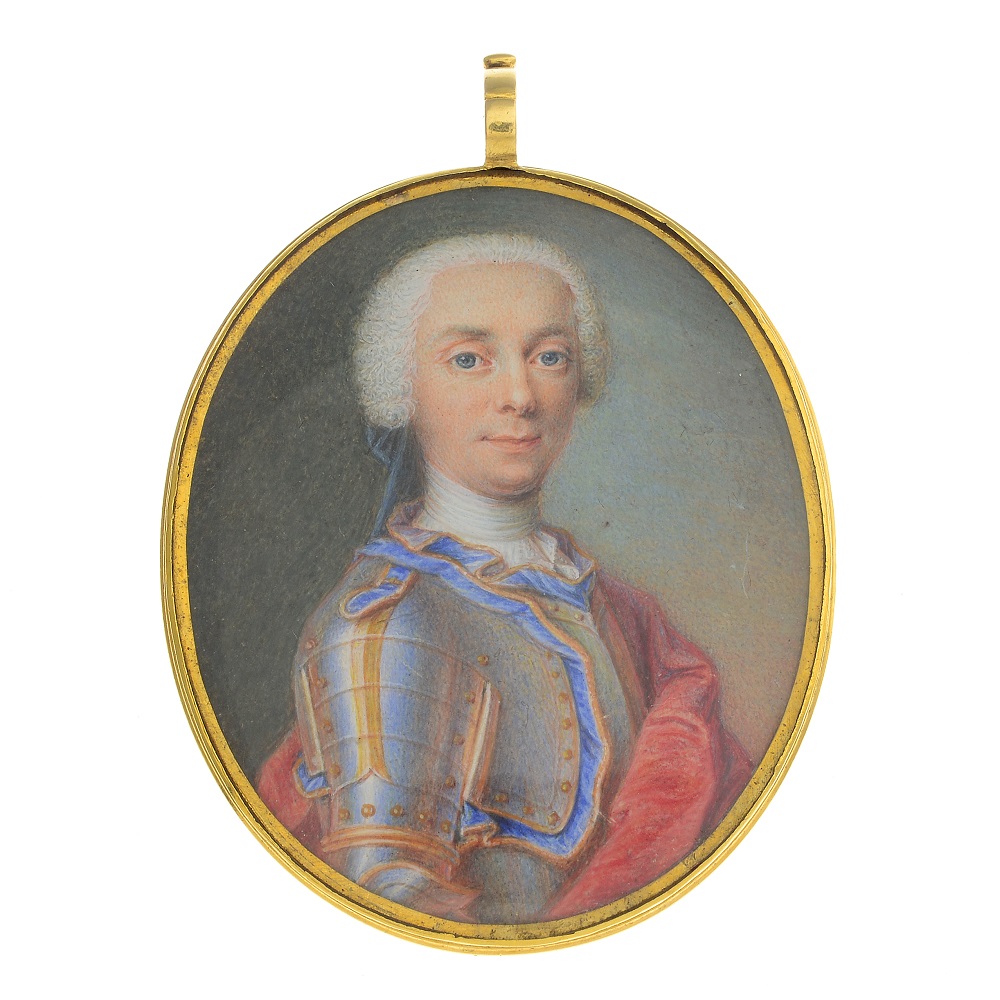 A historic miniature portrait which is believed to depict Charles Knyvett, an 18th-century nobleman with connections to Georgian monarchy, is to sell in a Birmingham saleroom this month.

Knyvett (1710-1782) came from a courtly family who served multiple kings in the 18th century. The portrait in a pendant features Georgian 18ct gold continental oil, with what is believed to be Knyvett represented in the middle of the piece.

It carries an estimate of £800 to £1,200 in Fellows auctioneer’s Fine Jewellery sale on November 14.

Charles Knyvett was born in 1710, in Fundenhall, Norfolk (where his family had been based since 1400), he married Jane Jordan and had three children, including the celebrated organist and singer Charles (b. 1751 d.1822). He died at Fundenhall, Norfolk in 1782.

The noble Knyvett family can be traced back to 1040, with many notable relatives, including Sir John Knyvett (1322 – 1381) who was Justice of the King’s Bench, Lord Chief Justice and Lord Chancellor of England for Edward III. He was also one of the Executors for the will of the king in 1376.

As a family they had close ties with other noble families of note, marrying into the families of the Dukes of Buckingham, Norfolk, Suffolk and Sussex.

The Knyvett’s were also closely tied with the Howard and Boleyn families. Catherine Knyvett (1516 – 1596) was married to Thomas Howard, who was a great favourite of Elizabeth I, and created Earl of Suffolk when James I took the throne. Howard discovered the Gunpowder plot against the King which led to the arrest of Guy Fawkes. He eventually became the High Treasurer of England.

Nicola Whittaker, Business Development Manager at Fellows Auctioneers, said, “Portrait miniatures such as these are always so exciting to have up for auction because there’s so much interesting history behind them. With this pendant believed to be Charles Knyvett, it represents a fascinating man who came from a family with rich history. I am sure lovers of antique jewellery will admire this portrait miniature and it will generate a lot of interest in the Fine Jewellery sale.”