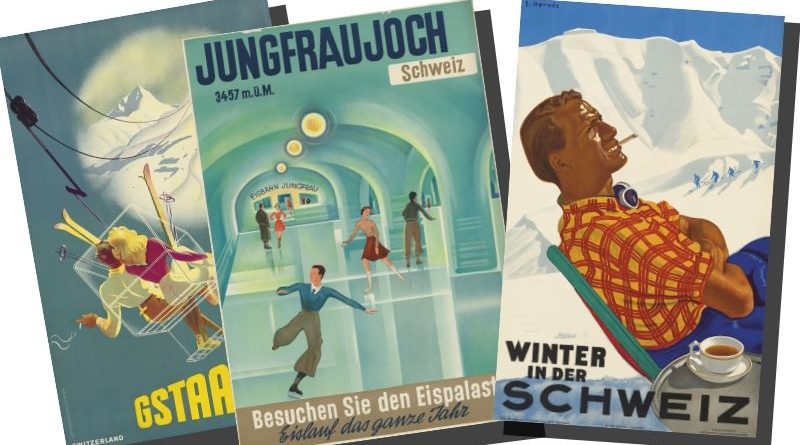 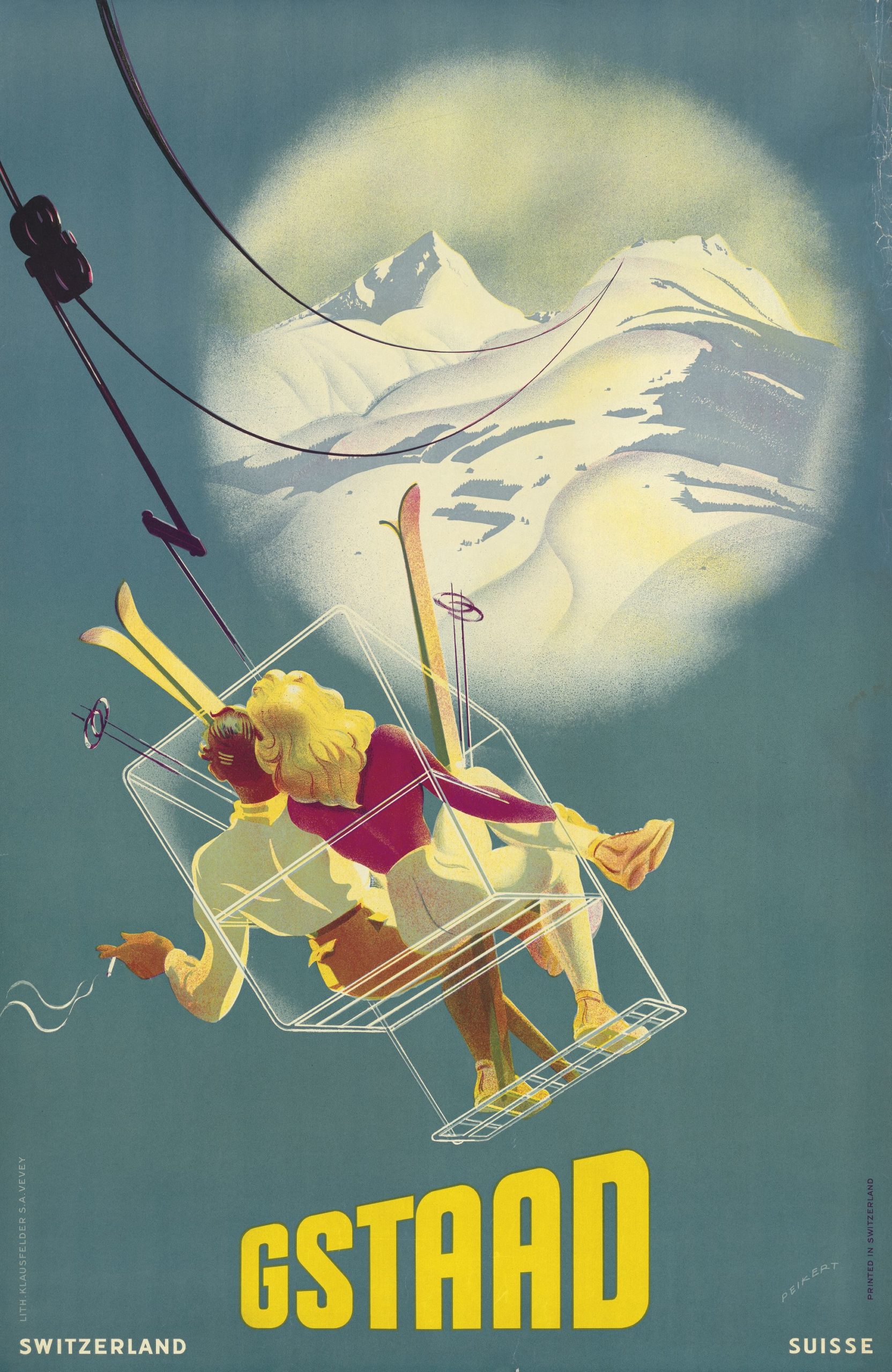 An important collection of Swiss and European vintage ski posters from the 1920s to 1960s will be the centrepiece of an annual Edinburgh Ski Sale in January 2020.

Auctioneers Lyon & Turnbull are partnering with vintage poster specialists Tomkinson Churcher to hold an auction that celebrates the golden age of travel. Posters from the turn of the twentieth century through to the 1950s represent a time when the first ski resorts competed to be recognised as the most glamorous, with some of the finest designers and artists commissioned to create stylish posters urging holiday-makers to visit.

The auction of vintage ski posters will comprise approximately 70 lots, with estimates ranging from £300 to £9,000.

Of particular note is an important collection of Swiss and European vintage ski posters form the 1920s to the 1960s, which have been in the possession of one family for 100 years.

The collection is owned by Roland and Marie Louise Zahnd, who inherited a large part of it from Marie-Louise’s father, Louis Nicollier, a graphic designer who worked in Switzerland and Belgium during the 20s, 30s and 40s.

Nicollier’s network of lithographic printers throughout Switzerland gave him access to a wide array of posters. He was thus able to build up an important collection, fresh from the lithographers and artists themselves, showcasing some of the most iconic symbols of Swiss alpine culture.

His daughter, Marie-Louise and her husband, Roland Zahnd, were able to grow and develop the collection during their careers as graphic designers at some of the major agencies in Switzerland. Their contribution includes important mid-century posters with huge graphic impact, further telling the story of Swiss graphic design and the expansion of Swiss alpine tourism.

Marie Louise and Roland have since moved to the South of France where Roland continues his artistic work, now creating sculptures and paintings that punctuate their Provencal home. The collection has been stored in their house, away from the light, since the time of acquisition, as such the posters having exceptionally bright and fresh colours. Part of the collection (which is not for sale) was given to Malou and Roland’s children and grandchildren, keeping the legacy of their ancestor’s extraordinary careers alive. 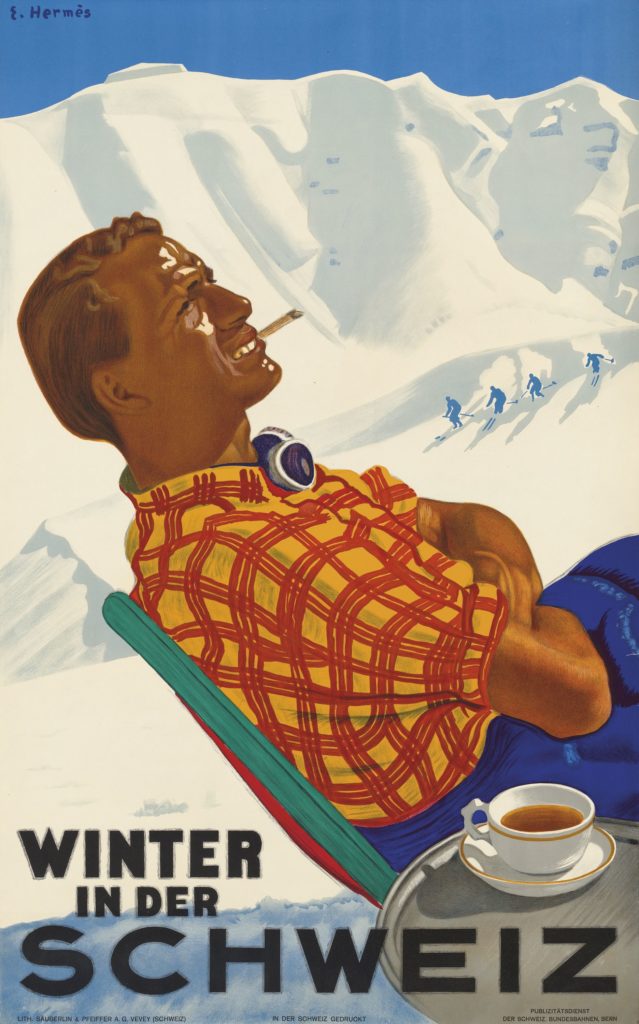 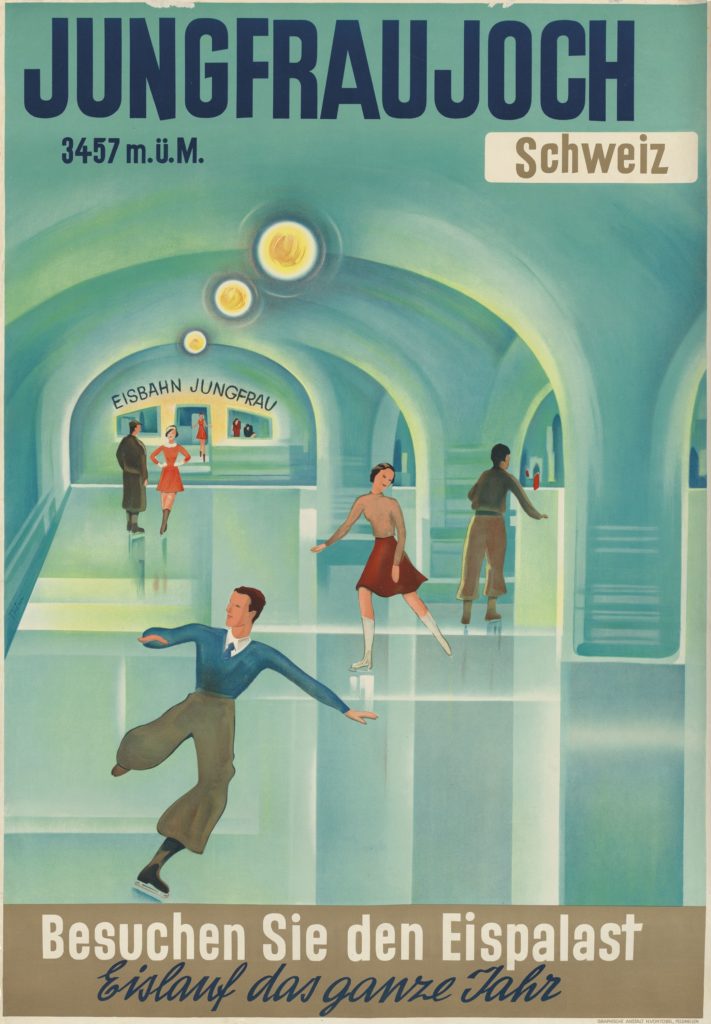