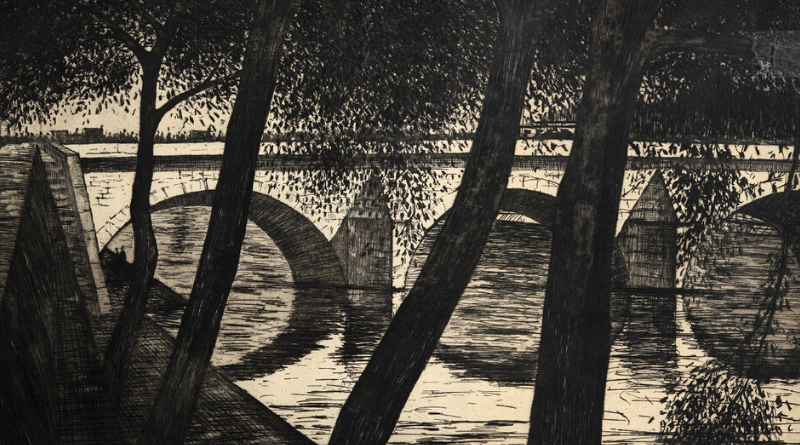 An artist proof sketching of Le Pont Royal in Paris by Christopher Richard Wynne Nevinson, given to the print’s owner when she was a little girl living in Hampstead in 1940 and one of his neighbours, could sell for £1,500 at auction. 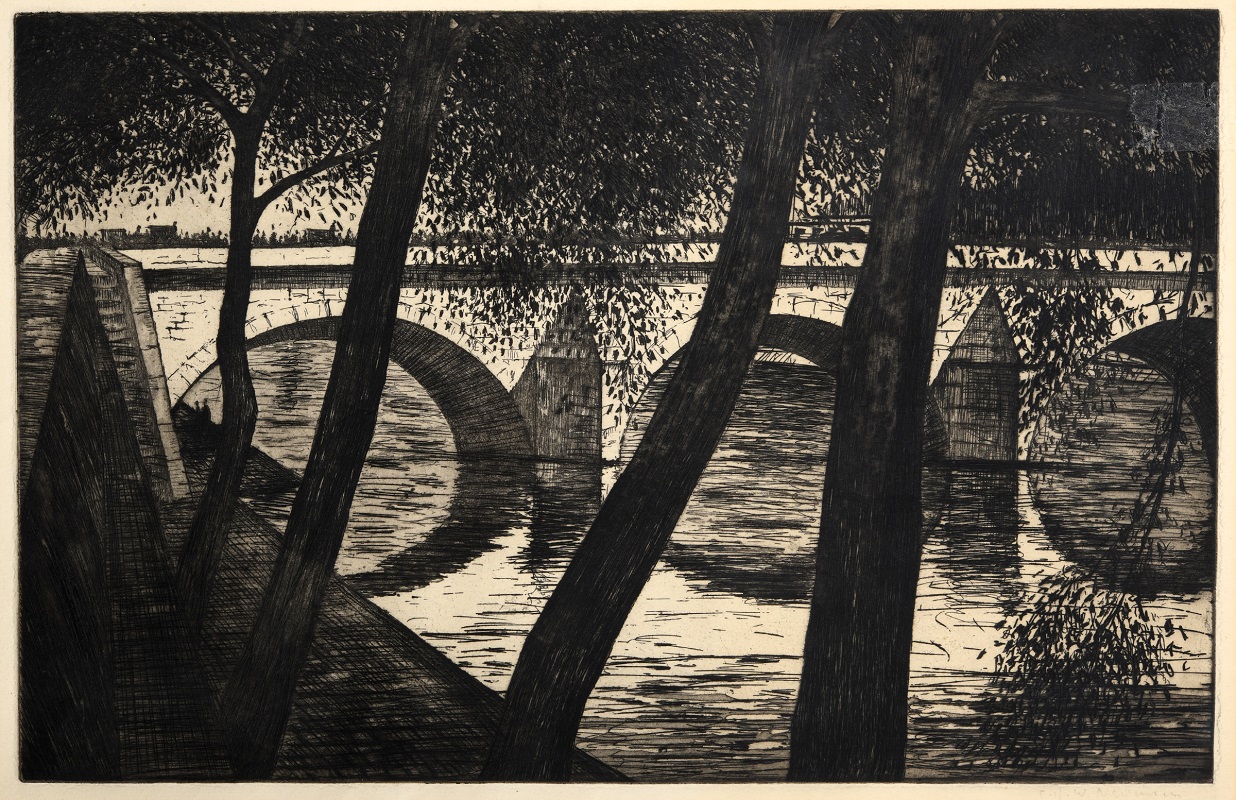 The work is being sold at Charterhouse Auctions in Dorset on January 9 and 10.

Auctioneer Richard Bromell commented, “Although she has owned the picture for just shy of 80 years, she has decided it is time to sell it and let someone else enjoy the etching as she confessed to me she never actually liked it!”

Wynne Nevinson, known as Richard, was an etcher, lithographer, landscape painter and one of the most famous war artists from World War I.

Born in Hampstead in 1889, he was the only son of the war correspondent and journalist Henry Nevinson and the suffrage campaigner and writer Margaret Nevinson. He studied at the Slade School of Art alongside Stanley Spencer and was appointed an official war artist by the Department of Information in 1917.

As an official war artist he visited the Western Front and witnessed the start of the battle of Passchendaele. He was deeply affected by the horrors of war which he saw and these would stay with him throughout his life.