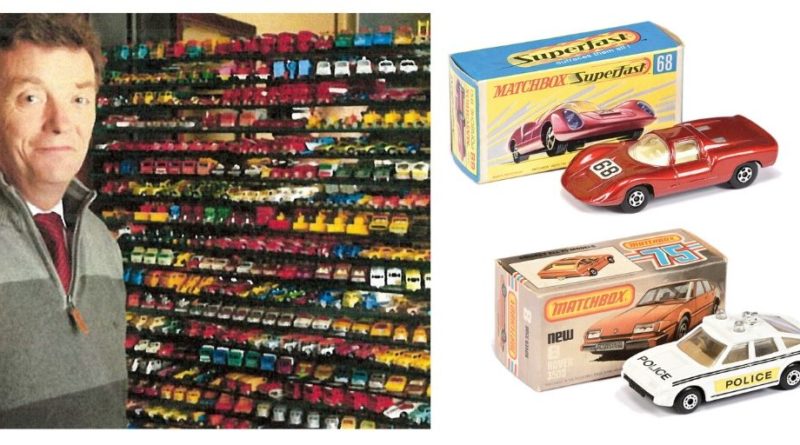 A lifetime’s collection of nearly 3,000 Matchbox cars has sold for more than £300,000 in a recent auction in North Yorkshire. 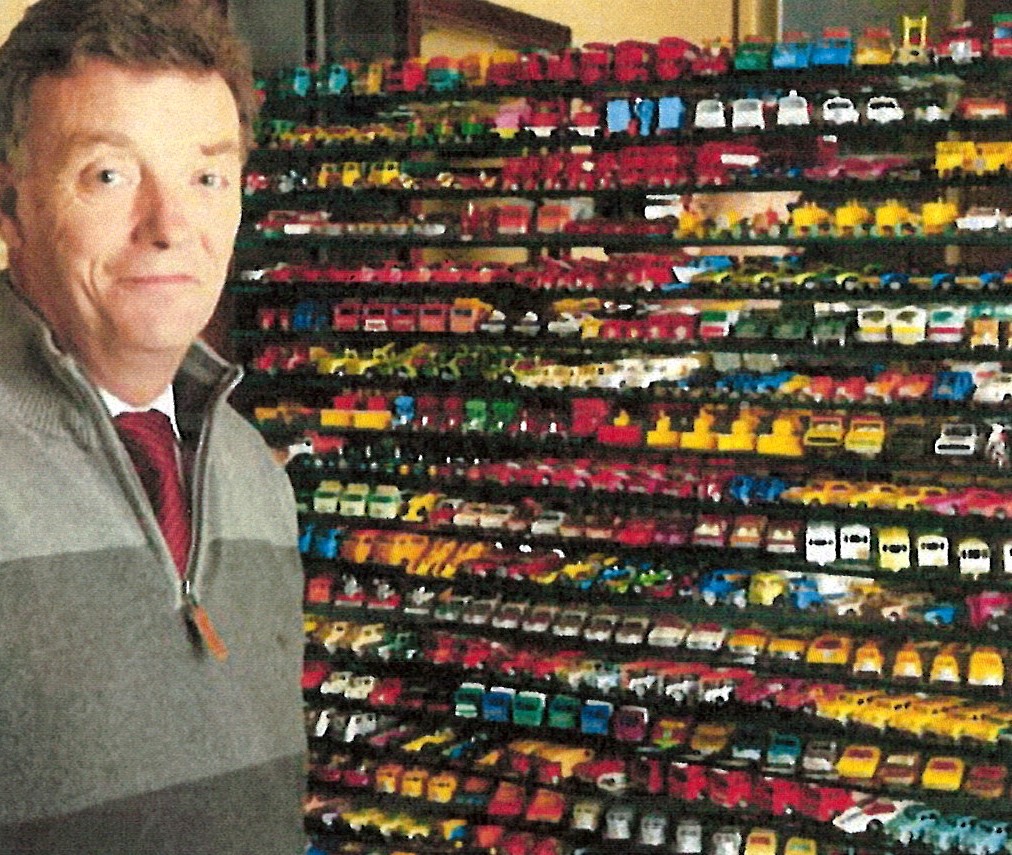 The  Matchbox car collection, amassed by classic car auctioneer, Simon Hope, chairman and founder of H&H Classics, started as a child. His impressive collection was comprised of Matchbox 1-75 model cars and trucks.

He said it was something of a wrench to sell the model toys, even at the impressive premium inclusive total of over £300,000, as it was a collection he put together with love and passion over some 60 years

Simon, 68, based in Warrington, Cheshire, recalled that his grandmother would not let him play with them on her mahogany dining table, so he simply played with them by taking them out of the box and then putting them back – practically untouched.

Simon said his hobby began as a young child when his parents and grandparents started to buy him Matchbox model cars for birthdays and Christmases.

His passion for Matchbox models continued into adulthood and as he got older, he continued to buy more and more models. Simon said, “It was only when I got older that I realised there was actually a collecting scene out there and information on rarer versions and colours. I never took part in that scene preferring to simply track down the ones I wanted in perfect (or as near as possible) condition. It just grew and generally they were bought with amounts of money not missed at the time.”

The collection, rightly noted as one of the finest in the world and comprising some extremely rare examples, was in mint condition, including their original Matchbox boxes, attracted bidders from all over the world.

The collection was so big it had to be spread out over three different sales with specialist toy auctioneers Vectis.

Some highlights from the sale included:

Julian Royse, a specialist at Vectis Auctions, said, “There is a big market out there for items like this, particularly the models from the 1970s as these things do tend to be generational.

“Models from the 1950s which have previously been very valuable are now less so and later examples are extremely desirable. We find the demand far outstrips the supply and, as such, people will be very keen to get their hands on pieces which may not come up again in their lifetimes. These toys used to be exported to eastern Europe and there is surprisingly now a really big market in the Czech Republic.

“This collection was astounding and and probably had the biggest range of any I’ve seen.”