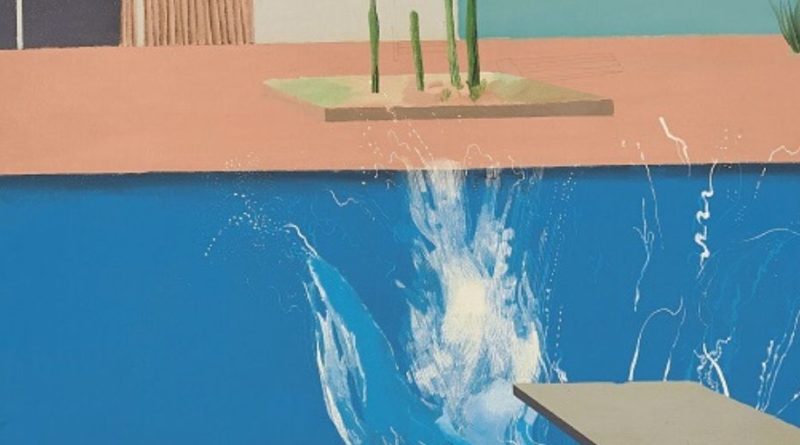 A painting by David Hockney from his Californian-inspired series of swimming pool paintings, entitled The Splash, is set to be one of the stars in Sotheby’s Contemporary Art Evening auction next month.

The painting, which last appeared at auction in 2006 when it was sold at Sotheby’s for £2.9 million, will have an estimate of £20 million to £30 million – over six times the 2006 sale price, which, at the time, was an auction record for Hockney. 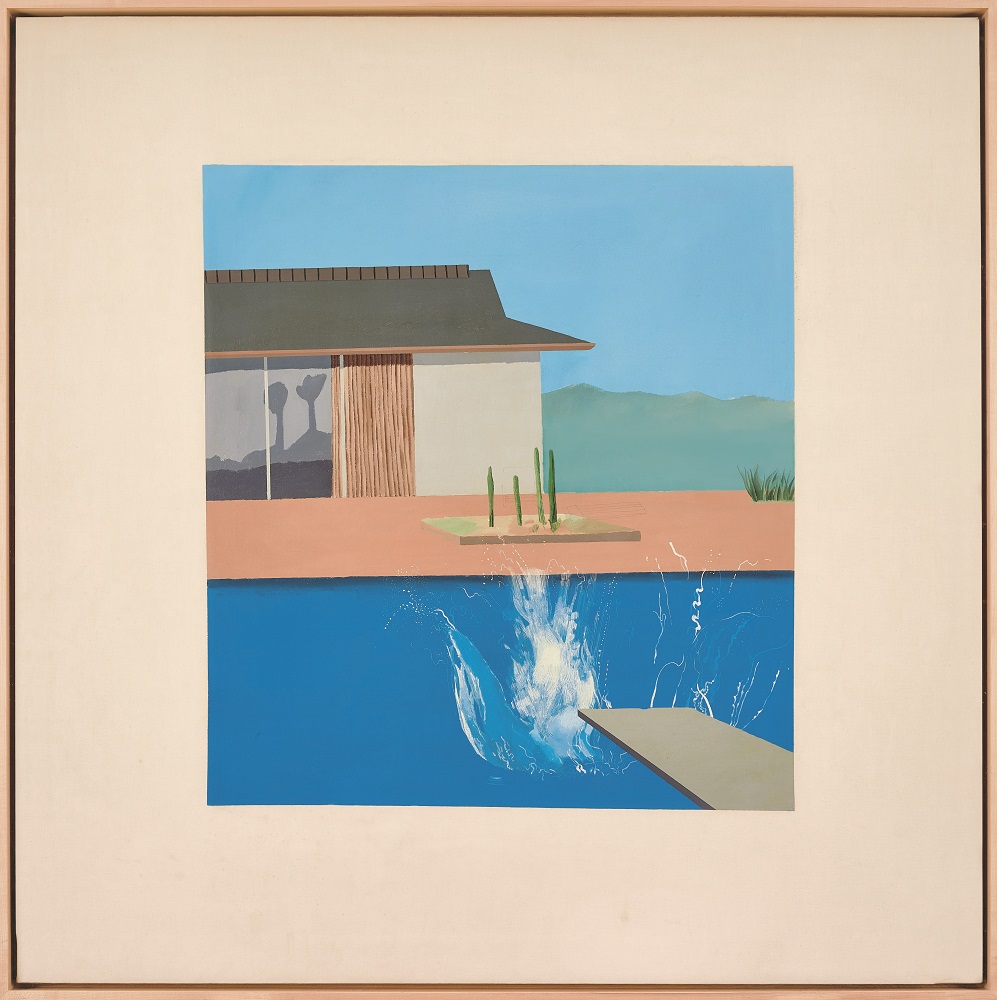 Painted in 1966, The Splash immortalises a fleeting moment just seconds after a diver has broken the calm surface of a swimming pool. The painting’s protagonist is present, yet absent, masked by a torrent of displaced water. The work is a quintessential example of Hockney’s lifelong fascination with the texture, appearance and depth of water – a fascination which culminated in one of the most celebrated and instantly recognisable bodies of work in 20th century art.

The work is the second in a series of three ‘splashes’, the largest and final of which, A Bigger Splash (95 x 96 inches), is a jewel in the Tate collection in London. With only a slight variation in composition, the version to be offered in February (72 x 72 inches) is a close sister to that in the Tate. The other splash in the series, A Little Splash (1966), remains in a private collection, having never been offered publicly.

These paintings represent the apex of Hockney’s Californian fantasy. Created at a watershed moment in his career, the three ‘splashes’ secured the artist’s international reputation as a leading artist of his generation and confirmed his unrivalled ability to combine elements of disparate movements – Minimalism, Modernist Abstraction and Pop Art – into a new style entirely of his own.

Commenting on A Bigger Splash in Hockney by Hockney in 1976, the artist said, “I love the idea, first of all, of painting like Leonardo, all his studies of water, swirling things. And I loved the idea of painting this thing that lasts for two seconds; it takes me two weeks to paint this event that lasts for two seconds. Everyone knows a splash can’t be frozen in time, so when you see it like that in a painting it’s even more striking than in a photograph.”

Hockney first visited Los Angeles in 1964. Upon his return to London later that year, he immediately began work on his first pool painting, Picture of a Hollywood Swimming Pool (sold at Sotheby’s New York in November 2019 for $7.2 million, est. $6-8 million).

Nonetheless, it wasn’t until 1966 that Hockney’s infatuation with the subject truly began. The artist relocated to L.A., taking up residence permanently in an apartment-studio near the junction of Pico and Crenshaw Boulevards. It was here, between the summers of 1966 and 1967, that The Splash and many of Hockney’s other most recognisable works would come to life.

L.A. was a place Hockney had admired from a distance for many years, through magazines, books and movies, and moving there had a profound impact on his art and sense of identity. The inspiration for the present work – with its cropped composition, angled diving board, and flat-roofed building – came from a photograph he saw in a Hollywood magazine on how to build swimming pools.

The city was everything the Yorkshire-born artist had hoped it would be: a land of possibility, sun drenched houses, mid-century modern architecture, deep-blue pools, palm trees and beautiful bodies. The city opened the doors onto an idyllic world of leisure, bright lights and sexual openness, completely removed from the Britain he had left behind.

Enraptured by this heady combination, Hockney’s love-affair with L.A. began, and in the same year The Splash was painted he fell passionately in love with Peter Schlesinger. This first great romance accompanied a palpable new sense of assurance and visual directness within the artist’s oeuvre, and, as a defining example of this new painting style, The Splash embodies the warmth, affluence, and pursuit of pleasure which David Hockney so loved about this dreamland.

Emma Baker, Head of Sotheby’s Contemporary Art Evening Sale, said, “Not only is this a landmark work within David Hockney’s oeuvre, it’s an icon of Pop that defined an era and also gave a visual identity to LA. Even looking beyond the twentieth century, few artworks have attained as mythic a status as this painting. Equally as recognisable as Munch’s series of screams, Monet’s water lilies or Van Gogh’s flowers, Hockney’s splash is ingrained within our cultural imagination.”

The sale takes place on February 11.