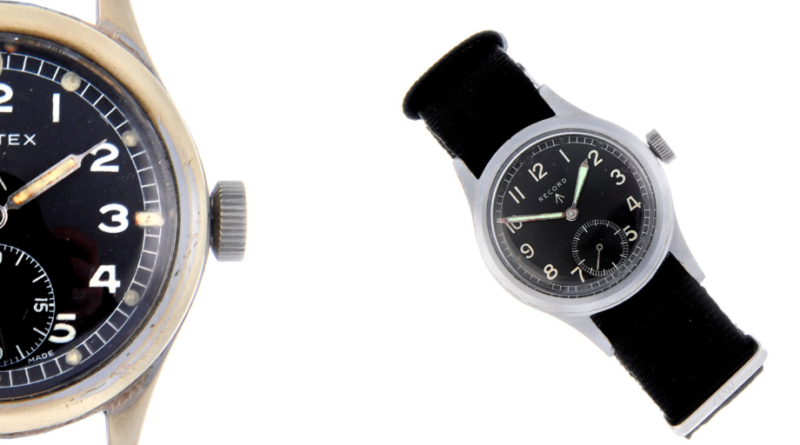 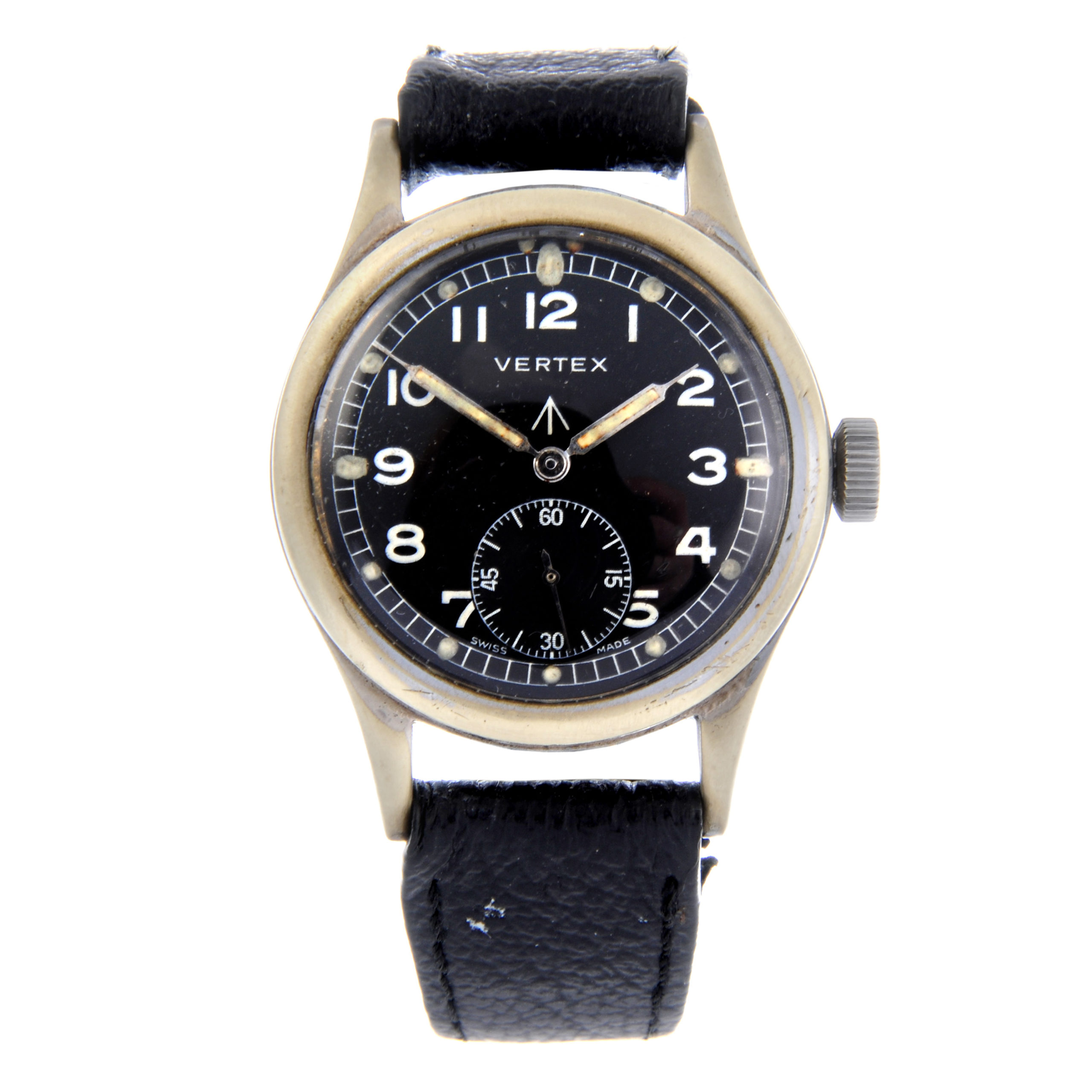 The watches were designed by the British Ministry of Supply for the armed forces at the end of the Second World War. They developed their name following the release of The Dirty Dozen film directed by Robert Aldrich in 1967. The watches were representative of each member from The Dirty Dozen film, featuring twelve soldiers during the War. All twelve watches were all designed by different brands, and the four watches that are up for auction with Fellows include a Vertex, Cyma and two Record timepieces.

Featuring back engravings and black dials, these military watches are sought-after amongst watch collectors due to their rarity. Of the four Dirty Dozen watches coming up in the auction, there were only 15,000 Vertex watches created, 25,000 Record watches created and 20,000 Cyma watches designed. 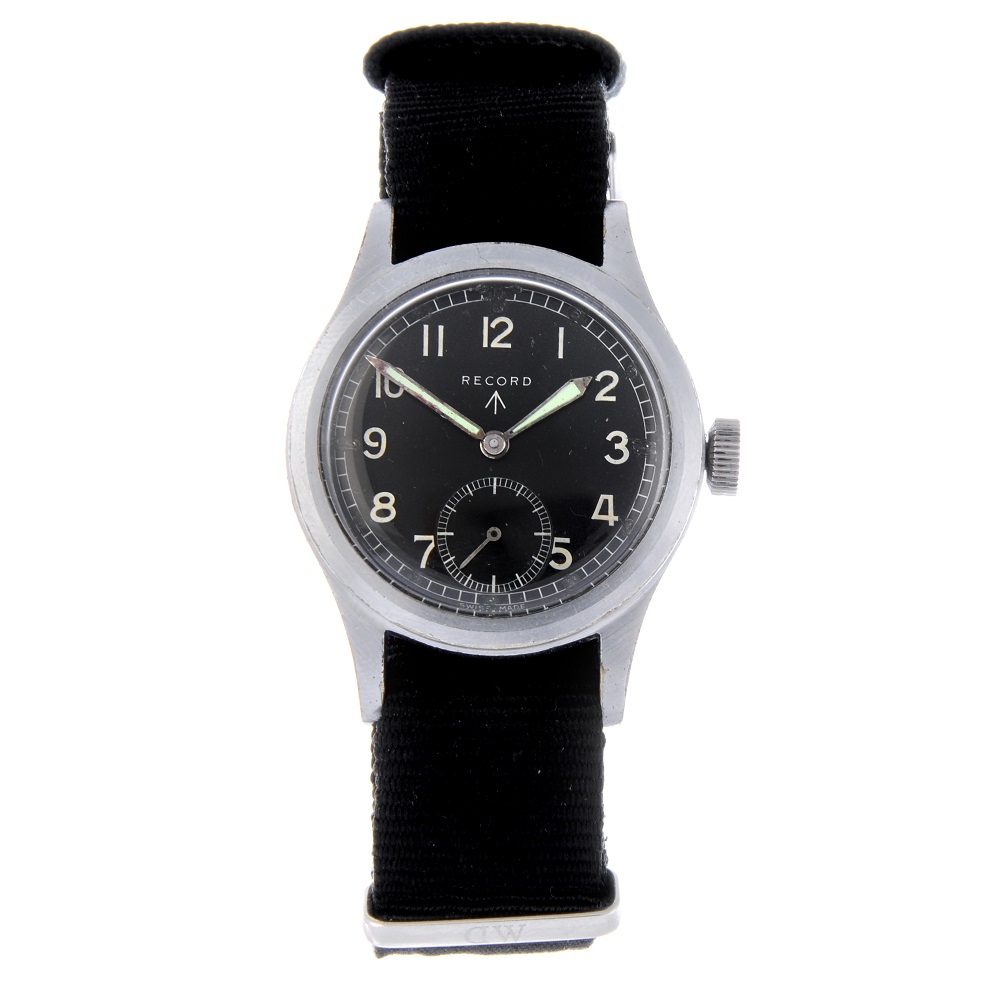 The stainless steel watches are all stamped with the British Broad Arrow, alongside Arabic numeral hour markers and subsidiary seconds dials to six. The watches each feature ‘three Ws’ engraved on the back – meaning Watch, Wrist and Waterproof.

Laura Bishop, Watch Manager at Fellows Auctioneers, said: “The Dirty Dozen may be known as the infamous American war film from 1967 but in watch collecting circles it is a phrase better used to describe the highly sought after twelve watches used by British soldiers in World War II. Collectively or individually, these watches are extremely sought after and collectable.

Bishop added: “The Ministry of Defence commissioned the production of watches for the British soldiers and twelve watch companies fulfilled the brief: Buren, Cyma, Eterna, Grana, Jaeger-LeCoultre, Lemania, Longines, IWC, Omega, Record, Timor and Vertex. In our February Watch Sale we have examples by Cyma, Record and Vertex. The watches were produced in varying amounts, a fact reflected in the different estimates placed on these examples.”

The watches will be sold in The Watch Sale at Fellows Auctioneers, taking place in Birmingham on Monday 10th February.