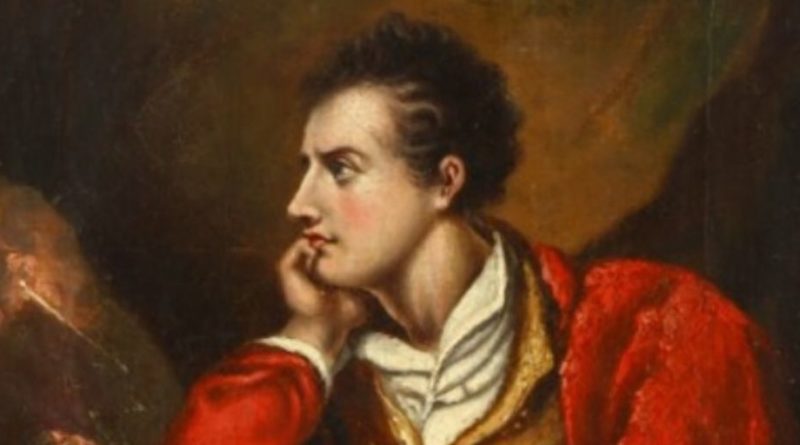 A private collection of works relating to the literary, political and military career of one of the most celebrated English Romantic poets, Lord George Gordon Byron (1788-1824) is to be sold at Chiswick Auctions in London.

The unique collection was amassed by a European connoisseur and enthusiast over a period of thirty years and comprises a large selection of art works, books, iconic busts, Byron’s military memorabilia and jewellery, among others.

The sale offers a fascinating insight into Byron the writer, revolutionary and rake, and gives us a first-hand view of his life of extensive travels, romantic pursuits and military endeavours – most notably his contribution to the Greek War of Independence.

The works will be offered on February 27.

Among the highlights is an exceptionally fine ‘Order of the Redeemer’ group and a gold and enamel mourning locket featuring a lock of Byron’s hair. 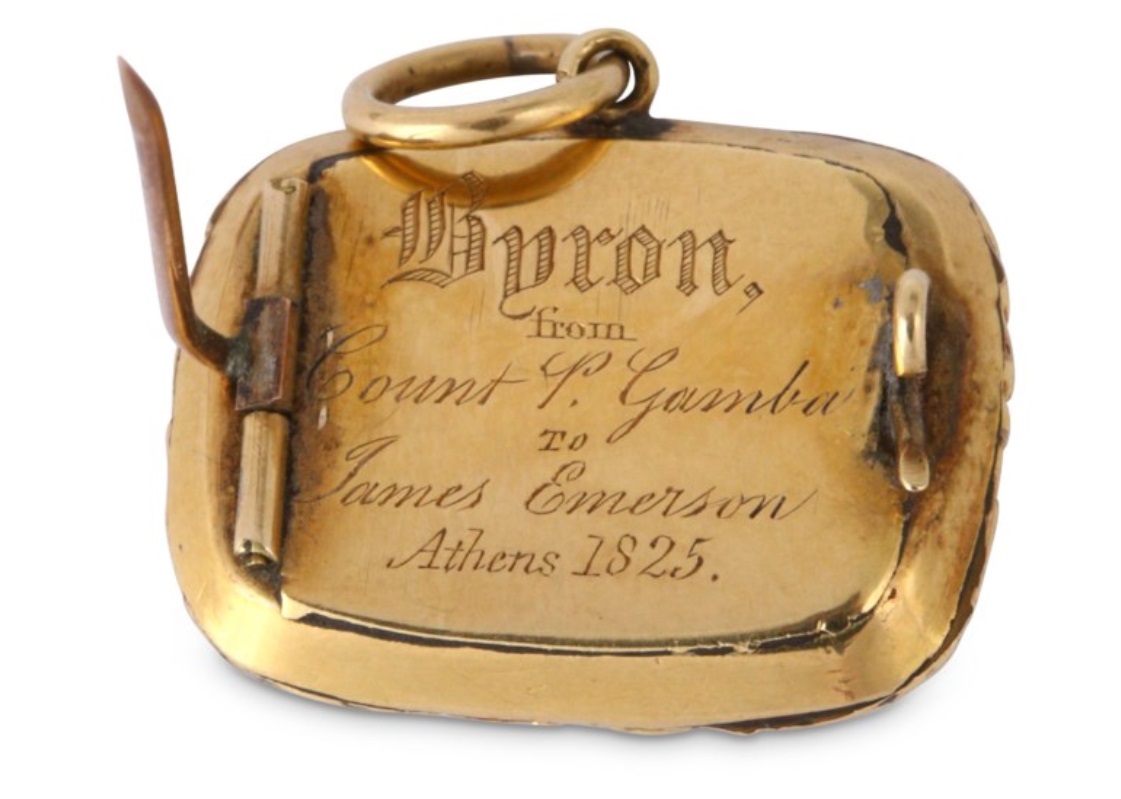 The rock crystal locket bears the inscription ‘in memory of‘ in gold Gothic characters and the back has the dedication: ‘Byron from Count P. Gamba to James Emerson, Athens 1825‘. Count Gamba became a close companion to Byron during his time in Missolonghi (and was the brother of his love interest Teresa Guiccioli), whilst Sir James Emerson Tennant was a fellow supporter of the Greek struggle for independence, something Byron was passionate about and highly celebrated for.

The group also comprises a Grand Commander’s set of insignia for the ‘Royal Order of the Redeemer’, consisting of a gold and enamel neck badge in the shape of a white cross, inscribed in a circular green wreath of laurel and oak, topped by a gold crown.

The front of the cross features a head in profile and the Greek inscription ‘othon basileus tes ellados‘. A silver, gold and enamel eight-pointed star brooch features enamel decoration in blue, white and green and a Greek inscription, the back is signed ‘R & J Garrand & Co., Goldsmiths, to the Queen’. The full set is presented in its original fitted case and is estimated to fetch £8,000-£10,000. 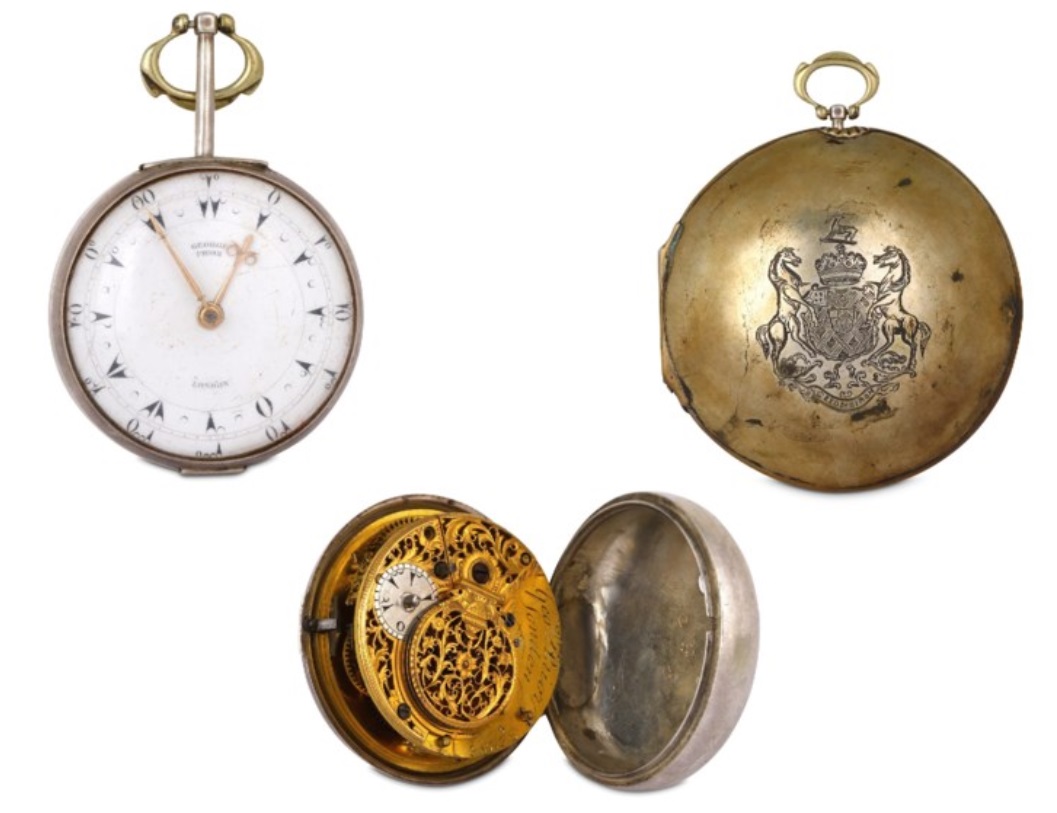 An English pair-cased pocket-watch by the esteemed watchmaker George Prior, bears Lord Byron’s crest on its outer case. The watch and its cases were made in London in the 19th century, when England enjoyed a flourishing export trade with the Ottoman Empire, (at the time these were the Western Provinces of Albania, Greece and the Balkans). Pocket watches similar to this, were highly popular in high society. This particular example comes complete with travel case and is estimated to fetch £4,000-£6,000. 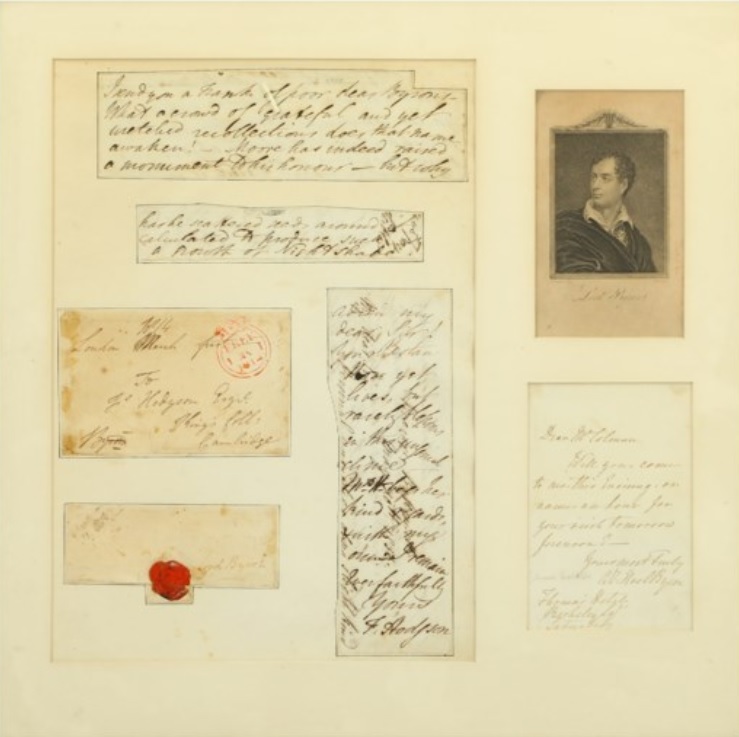 An envelope with Byron’s signature and personal seal, addressed in his hand to the poet Francis Hodgson, is also included in the sale. Postmark stamped to the upper right, it is mounted together with Byron’s personal wax seal, a printed portrait, clipped portions of a letter to Hodgson, alongside a note from Anne Isabella Noel Byron (Byron’s wife). Byron and Hodgson struck up a lifelong friendship while at King’s College, Cambridge. Byron was an undergraduate and Hodgson a Fellow. Their friendship is recorded in the many letters between them that have been published in biographies of Byron. The group lot is estimated to fetch £800-£1,200.