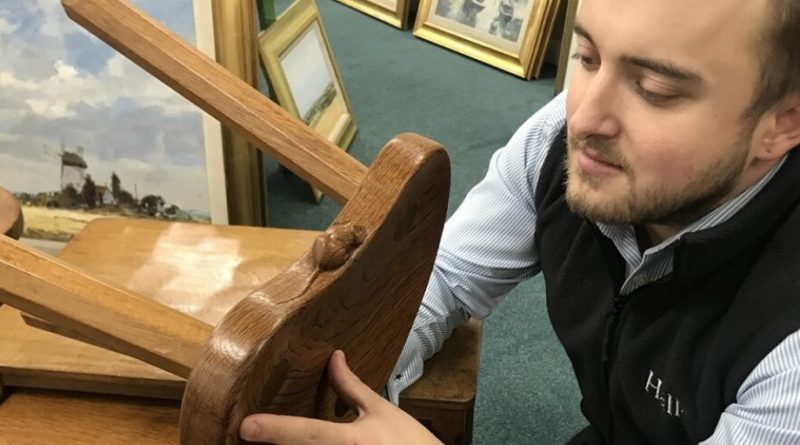 An entire private collection of furniture by sought-after designer Robert ‘Mouseman’ Thompson is to go under the hammer in a Shrewsbury saleroom next month. 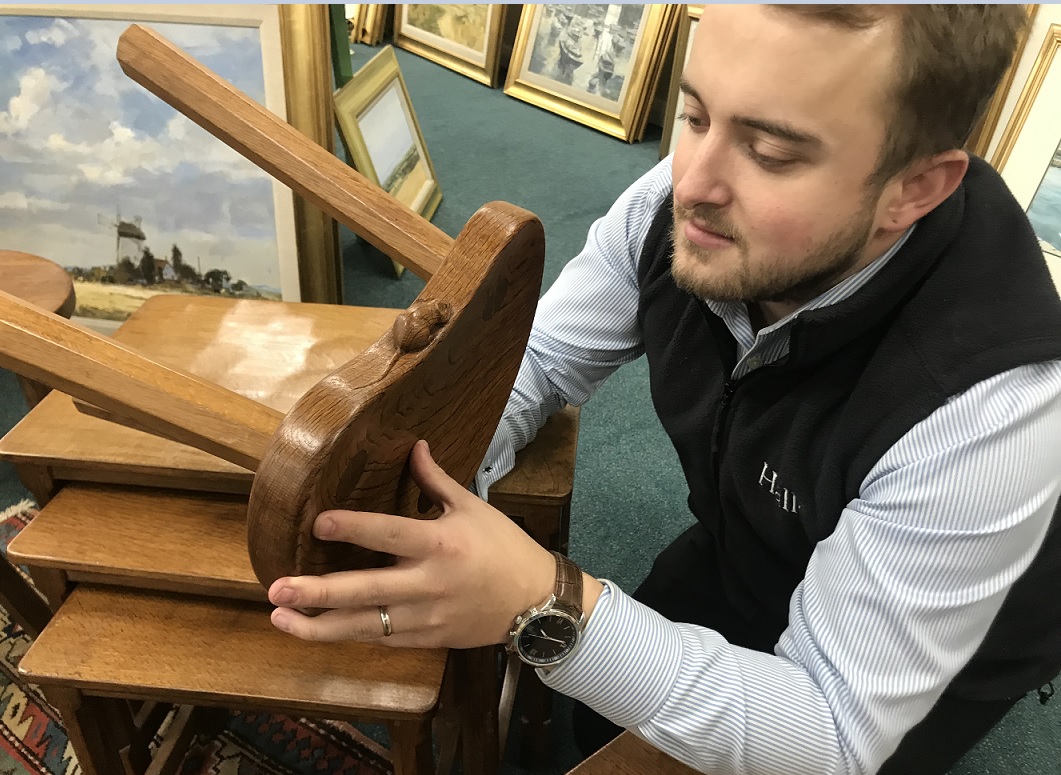 Halls’ spring auction will feature a range of items, including cow and calf stools, along with a pair of bookstands and an unusual set of three graduating tables. Estimates for the pieces range from between £150 to £800.

The current owner acquired the items in the collection as new and Halls said the furniture is still in remarkable condition having been extremely well cared for.

Joseph Trinder of Halls said, “Mouseman furniture is highly sought after because of its quality and charm. Although there are many collectors in the UK, there is a strong international market for it too, with determined buyers from the USA, New Zealand and Australia. The record price for a single piece of the much sought after work stands at £40,600 for a Mouseman cupboard sold at Sotheby’s in New York.”

Each piece of furniture features the signature little mouse that was carved into creations from the celebrated North Yorkshire workshop. All are crafted from naturally seasoned English oak by a single craftsman, as is the tradition of the company.