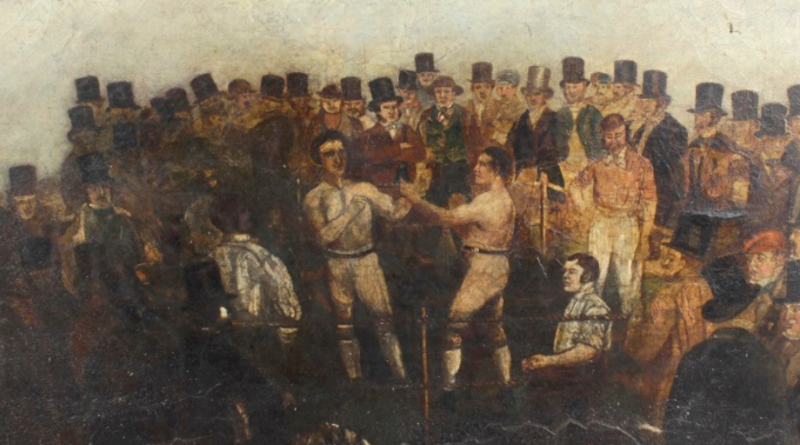 A painting believed to depict William Perry ‘The Tipton Slasher’ and Tom Sayers has sold for nearly ten times its auction estimate at Fellows, in Birmingham. 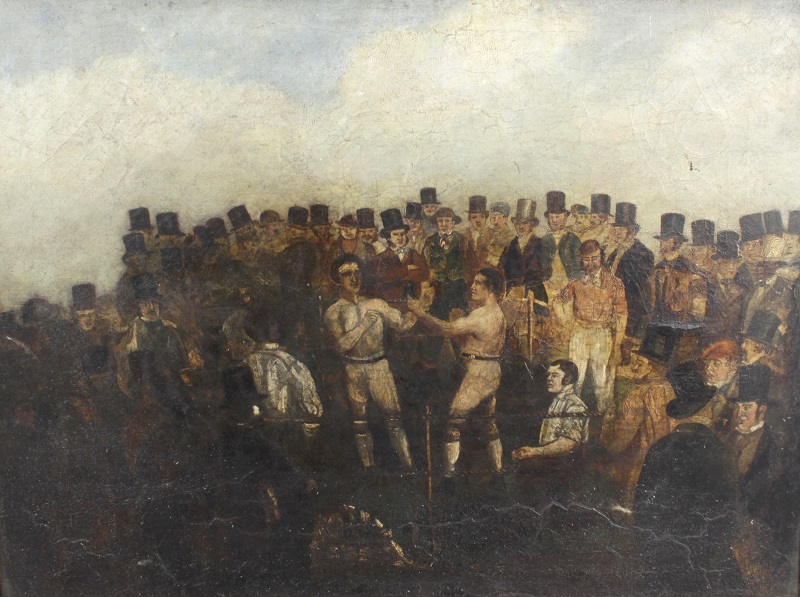 The stunning oil on canvas, conveying a 19th-century English fighting scene, fetched a hammer of £2,400 against an auction estimate of £250 – £300.

The bare knuckle boxing canvas attracted a lot of interest, eventually selling to an online bidder.

William Perry and Tom Sayers were bare knuckle fighters from Bilston, Staffordshire and Brighton, East Sussex respectively. They had a total of 27 fights between them, and at one stage during the 1850s both fighters were heavyweight champions of England.

Perry grew up winning fights in the Birmingham area, establishing his nickname as ‘The Tipton Slasher’.

The two fought in front of large crowd gatherings and eventually came head to head in a Championship fight on the Isle of Grain in 1857, with Sayers emerging victorious. Sayers only lost one fight in his bare knuckle fighting career whereas Perry lost three times.

The oil canvas was brought to Fellows from a local family, who had possession of the painting for over 100-years.

The painting was sold in a gilt wooden frame, and was a highlight amongst the hundreds of historic coins, medals, antiques, and collectables in Fellows’ February auction.

Much to the delight and expectation of the auctioneers, the painting attracted multiple bidders and eventually sold for an exceptional amount. Kevin Jackson, Auctioneer & Senior Specialist, said: “Our first antiques auction of 2020 served up a treat with the sale of this detailed oil painting amongst many other fascinating items. The painting is believed to depict two historic bare knuckle fighters who were hugely popular at the time, so I was fully prepared for there to be a lot of interest. Both of these fighters were champions of their time and it’s always a privilege to sell something with such fascinating history.”