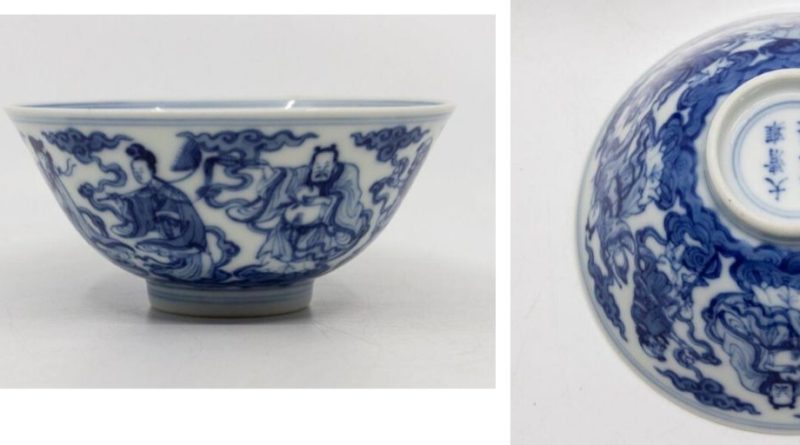 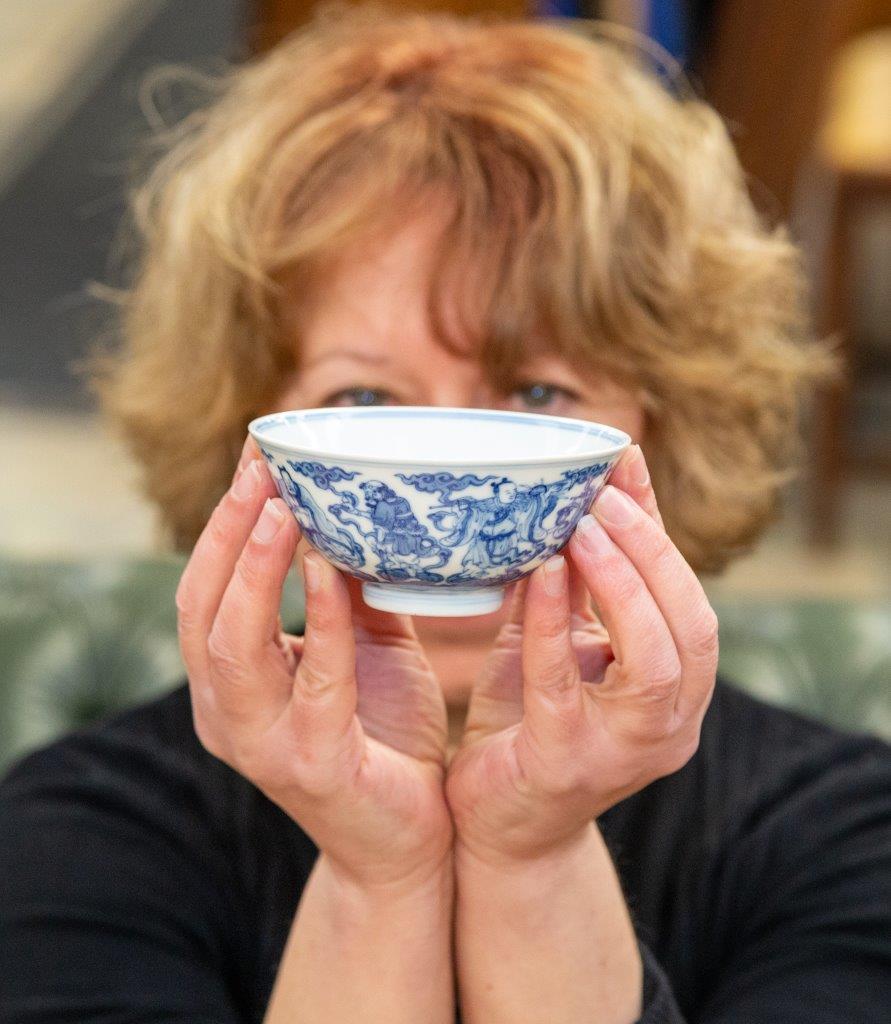 A tiny blue and white bowl uncovered in a box of items brought for valuation at Hansons auctioneers could fetch thousands when it goes under the hammer later this month.

Measuring just 14.8cm in diameter, the rare bowl was made during the reign of China’s Emperor Yongzheng, which lasted from 1722-35 during the Qing Dynasty.

Charles Hanson, owner of Hansons, said: “We spied it in a box of general items a client brought along to the saleroom for valuation and sale. They were inherited heirlooms. Instinctively, thanks to the quality of the paste and the delicacy of the painting, I knew it was something special. Its six-character script mark confirmed it was from the reign of Emperor Yongzheng who ruled from 1722-35 during the Qing Dynasty.”

The humble object is a rare Eight Immortals bowl in underglaze blue. At nearly 300 years old it has survived through the centuries and boasts an exquisite pedigree having emerged from the home of fine ceramics. Porcelain was invented during the Han dynasty (206 BC – 220 BC) at a place called Ch’ang-nan in the district of Fou-Iiang in China.

“Its exterior is finely decorated with the Eight Daoist Immortals shown with their attributes standing atop a wave border. Meanwhile the three Star Gods, Shoulao, Fuxing and Luxing, are depicted in a garden beneath an arched pine tree within a circular roundel in the centre of the bowl,” Charles continued.

“It’s beautiful in its simplicity and elegance and is sure to spark major interest. Ancient Chinese ceramics are fiercely sought after by wealthy collectors keen to repatriate precious historical objects like this to their homeland.”

The Eight Immortals bowl will be sold on February 22 at Hansons London in Teddington.