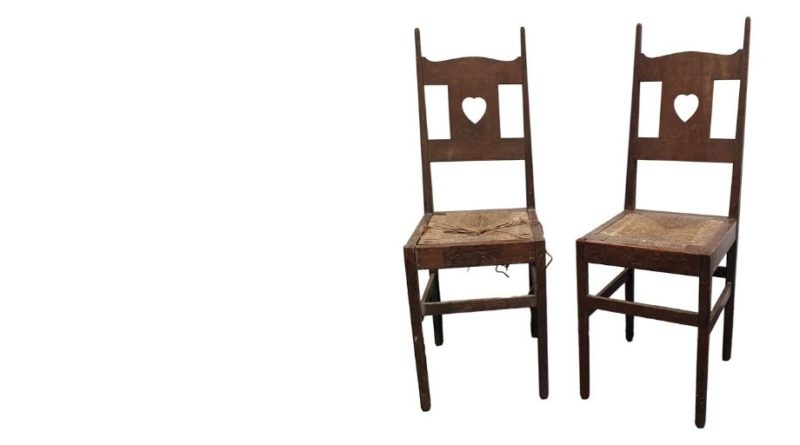 A pair of Art and Crafts bedroom chairs removed for auction from a house in Cheltenham stunned bidders at The Cotswold Auction Company earlier this month in Cirencester. Dating from the turn-of-the-century, c. 1900, and in oak with rush seats, they were slender and with simple lines. The heart shaped “cut-out” in the splatback was the giveaway that these were made to a design by Charles Francis Annesley Voysey (1857-1941), well-known architect and Arts and Crafts designer.

Because of their rarity and the fact that none have come up at auction for over 10 years the auctioneers placed a low estimate on the pair, expecting them to fetch something in the low £100s. So no one was more surprised than auctioneer Piers Critchlow, who was on the rostrum at the time, when they started to head for stratospheric heights. A local Arts and Crafts specialist collector and dealer had rushed to the saleroom, but was the unsuccessful underbidder. Two other phone bidders did not get a look in and the hammer came down at £16,500, selling to an Internet bid.

Director Lindsey Braune said “There were only a very few items of value in this particular Cheltenham house, overrun with ivy and mice, and we’re delighted that these chairs sold so successfully. The family tell us they were acquired many years ago and had been in the house for decades.”

It is believed that the chairs may have been produced by the London cabinetmaker FC Nielsen, who worked for Voysey. They boast the tell-tale large, visible dovetails in the back splat and also another trademark of this designer – the tapering uprights to the back, which protrude above the functionally necessary height, adding a simple elegance. 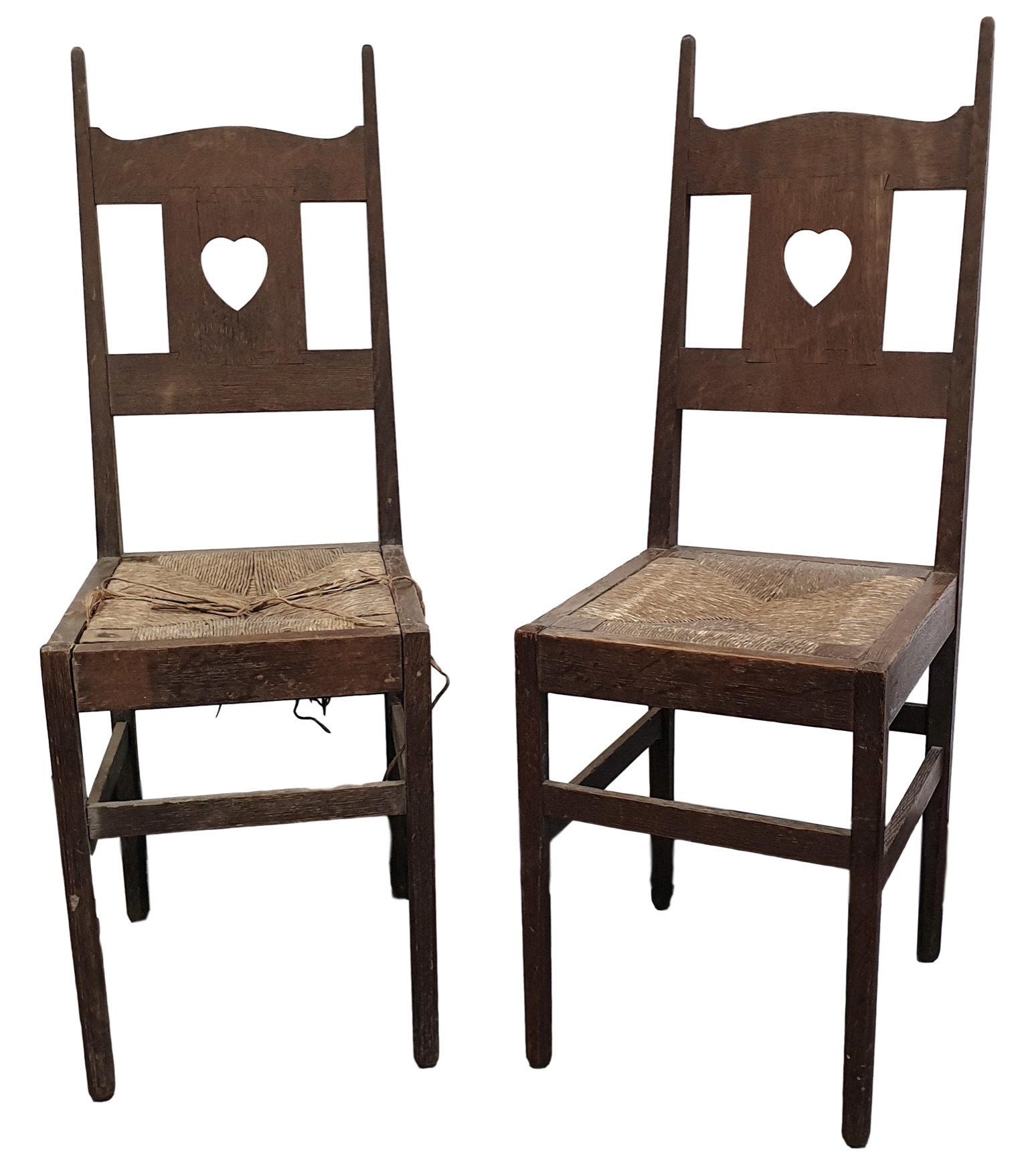