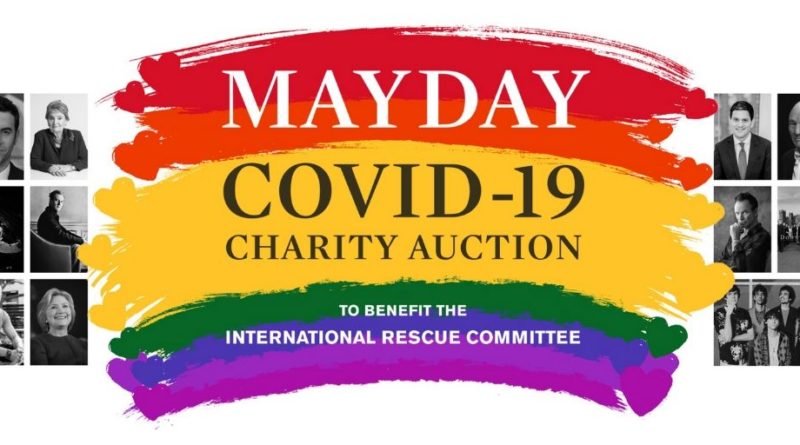 Auction house Sotheby’s is virtually teaming up with Google next month to raise funds for the International Rescue Committee’s work to help mitigate and respond to the spread of COVID-19 in vulnerable communities around the world.

Together with leading figures from all walks of culture, business, politics and science, Sotheby’s and Google will launch an online auction of unique experiences which can be enjoyed virtually via Google Meet video calls during this period of social-distancing.

From intimate conversations and ‘virtual’ drinks to lessons and tutorials, all of the experiences will be offered without reserve in an online auction open for bidding from May 1-8, 2020. The winning bidders will have the option to share their experience with front-lines workers and others who have been directly impacted by COVID-19 and the social-distancing rules put in place.

The list of experiences continues to grow, but already includes commitments from leading names in music, film, public affairs, art & design and science, among others.

Charles F. Stewart, CEO of Sotheby’s said, “We are proud to contribute to pandemic relief at this extraordinary time. Many of our clients around the world have enquired about supporting Covid-19 relief efforts and, with the partnership of Google and so many leading figures who have pledged to support this unique auction event of virtual experiences, we are looking forward to supporting the efforts of the International Rescue Committee.”

David Miliband, President and CEO of the International Rescue Committee said, “As a global community we are only as strong as the weakest link in the chain and millions of refugees and displaced people are now facing a double emergency with the virus reaching their communities. With those most vulnerable in need of all the help that we can give, we would like to thank Sotheby’s, Google and all the luminaries who have agreed to participate and donate their time for this auction in support of IRC’s front-line efforts to help stop the spread of Covid-19 in vulnerable communities across the US and Europe.”

Javier Soltero, G Suite vice president and general manager for Google, said: “With COVID-19 impacting the way we live, work, learn and socialise, the need for secure video meetings to foster human connection has never been greater. We’re honored to join Sotheby’s and the leading figures involved with this auction to provide a secure, easy and accessible way to connect and creatively support each other throughout these times.”