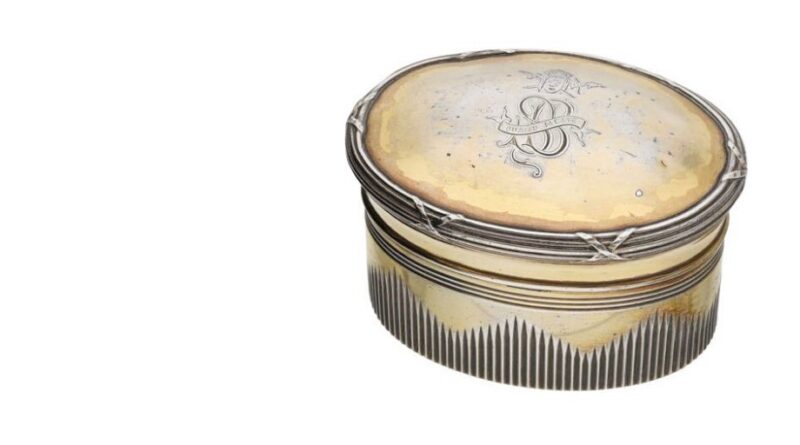 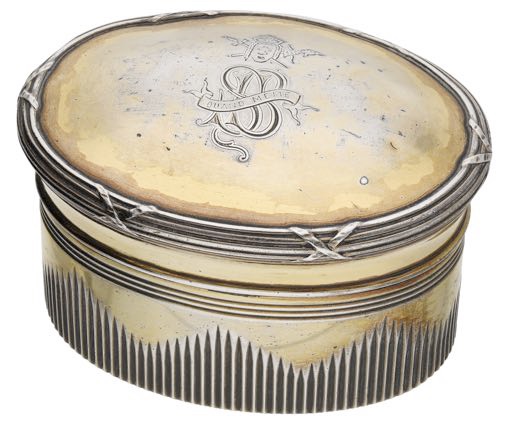 The highest price was paid for a silver dressing table pot incorporating Sarah Bernhardt’s monogram which sold for £3,968 against an estimate of £150-200 and was bought by a London trade buyer. Elsewhere, a French emerald and diamond set oval locket pendant sold for £2,976. Estimated at £400-£600, the locket enclosing a small lock of blond hair from Bernhardt’s son, Maurice was also bought by the London trade.

The selection of lots was being sold on behalf of Sarah Bernhardt’s great-greatgranddaughter, Michele Gross, who lives in the UK. She said: “I inherited the items from my mother and father – my father was the great grandson of Sarah Bernhardt. I have cherished the pieces for many years and wore the locket occasionally. I have decided to sell the items as I am the last of the English part of the family and for the past few years they have been in my jewellery box for safe keeping.”

The other interesting collection in the sale was the Culling Collection of Military Watches Part 1 which comprised 33 lots including examples from the German, American and British military, from WWI pocket watches to 1990s quartz wristwatches.

The sale also included three lots relating to the Duke of Wellington. A 19th century gold watch key, circa 1820s/1830s, and engraved with an intaglio crest and initials ‘A W’ below, for Arthur Wellesley, 1st Duke of Wellington sold for £2,108 to a member of the trade. It was estimated at £700-900.

Dix Noonan Webb are donating 5% of their Buyer’s Premium to NHS Charities Together, and a total of £28,386 is being donated to the charity from the auctions since the lockdown due to COVID-19.