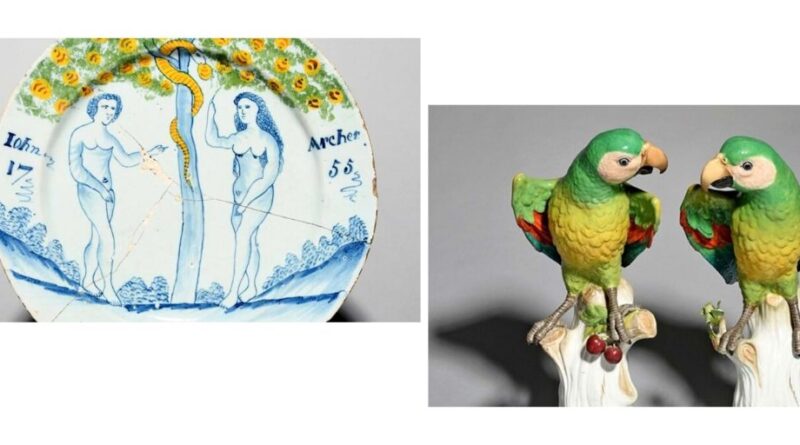 Two recent sold-out private collections and high prices achieved in sales show that the market is confident, according to Salisbury auction house Woolley and Wallis.

The auctioneer’s recent English and European Ceramics and Glass sale, their first auction in three months, had been carried out by appointment across two days, with only a handful of people in attendance at the auction. The restrictions failed to deter the enthusiasm of remote bidders.

“Our clients know that they can rely on our cataloguing and condition reports and so, fortunately, this gives them the confidence to buy objects they haven’t been able to handle,” explained Ceramics specialist, Clare Durham.

The auction house also believes that a possible combination of “lockdown boredom” and the cancellation of fairs and other auctions has resulted in pent-up demand among collectors and buyers.

“We had far more online bidders than we would usually have,” continued Durham, “and that’s not just those who would ordinarily have been in the room. The feedback I was getting was that with their holidays cancelled and social diaries completely empty, people are spending their cash on their other hobby – collecting.”

The sale started with a small glass section that was dominated by four pieces of early Venetian glass from the de Rothschild collection at Exbury House in Hampshire. These yielded such impressive results as a 16th-century blue glass ewer for the Austrian market, which sold for £17,500 including premium.

Elsewhere, a private collection of delftware, consigned from the West Country, took just over £57,000 between 41 lots. A documented Bristol Adam and Eve charger dated 1755, sold for £8,125 with premium, despite having been broken and repaired, taking joint pole position with a fine blue dash tulip charger from the late 17th century, which sold for the same amount.

Among the Continental porcelain, a large pair of Meissen parrots that had been in the same family for over a century found new homes with a price tag of £7,500. A highlight of the English porcelain was a Chelsea crayfish salt from the mid 18th century, which sold for £8,750.