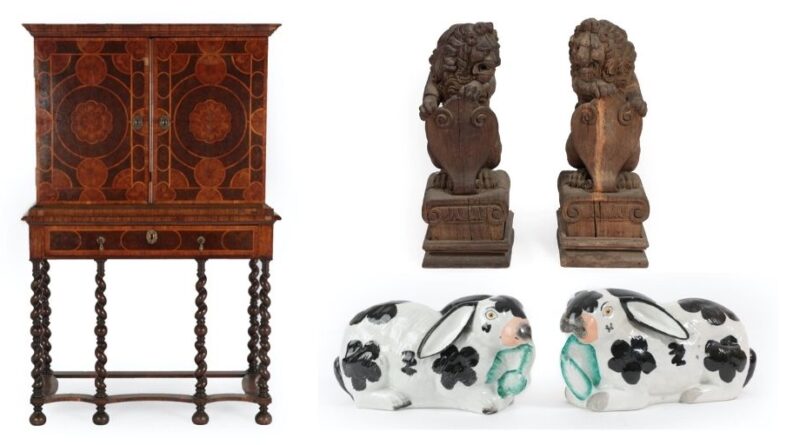 North Yorkshire auctioneer Tennants said that its first major post-lockdown sale saw strong bidding and high prices across the board for a mix of traditional art and antiques.

Their Country House and Fine Sale earlier this month saw a 90% sale rate and a total hammer of almost £590,000.

Auctioneer Jane Tennant said: “This sale had a good mix of traditional art and antiques, alongside rare works of art and property from named estates in Yorkshire to tempt buyers. Typical Country House items such as an early 20th-century Louis Vuitton trunk from Stockeld Park and a selection of Musgrave’s patent mahogany and cast-iron stable tack racks all attracted a great deal of interest”. 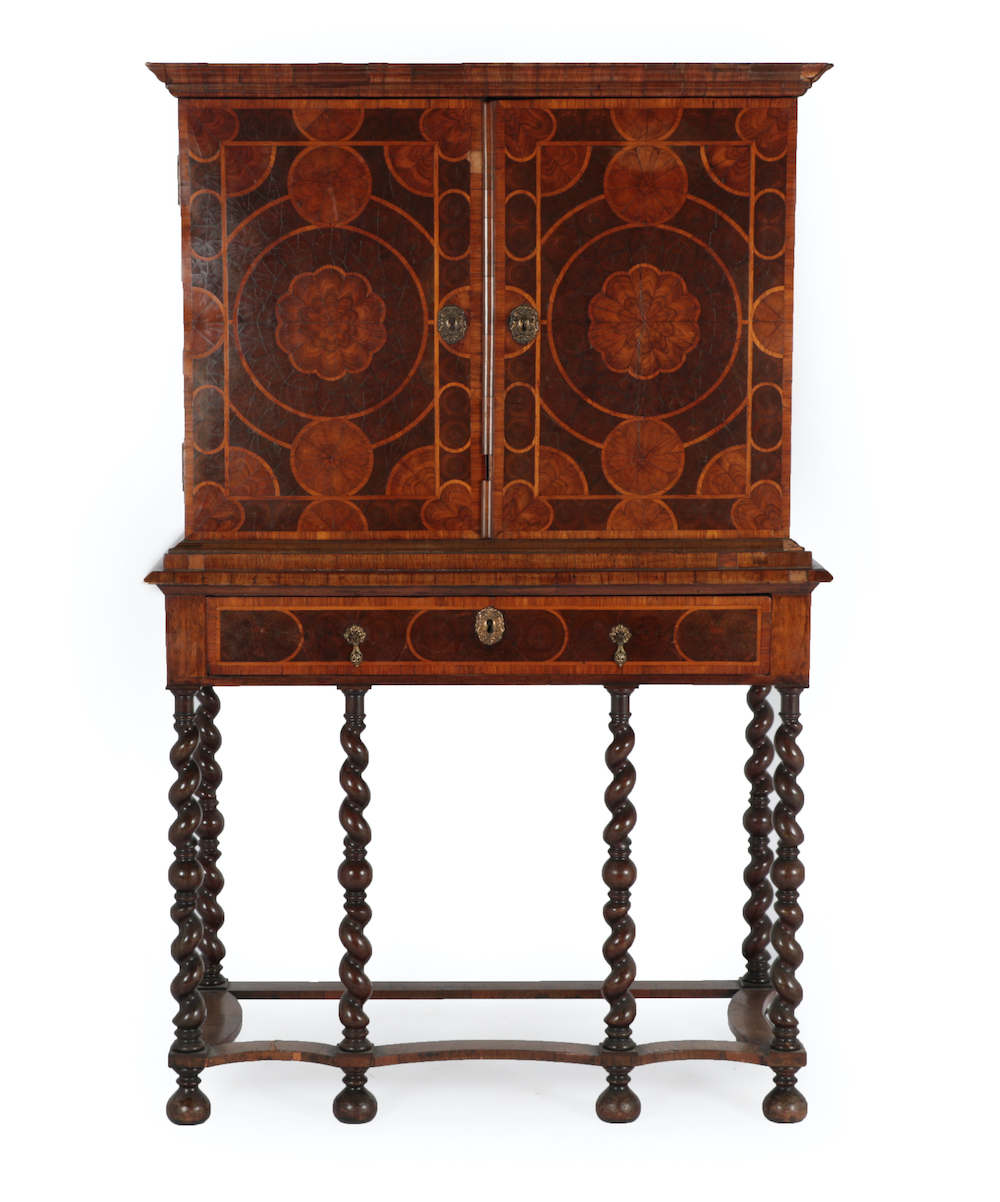 The sale started with a good section of European glass and ceramics. Interest was strong throughout this traditional area of collecting, but the stand out lots of the section were a pair of Staffordshire pottery rabbits, circa 1870, which sold for a hammer of £3,800 against an estimate of £600-800. Elsewhere, a slipware flask inscribed with name and date, sold for £1,400, and a Jacobite wine glass, circa 1750, sold for £700.

A strong offering of traditional Country House works of art and curiosities attracted a great deal of interest, with high prices across the board. Notable lots included a selection of 19th-century artists’ equipment from different vendors; including a rare and unusually large French late 19th-century walnut artist’s lay figure which sold for £4,500, and a Winsor & Newton illuminating colours and materials’ brass-bound mahogany paint box which sold for £2,400. 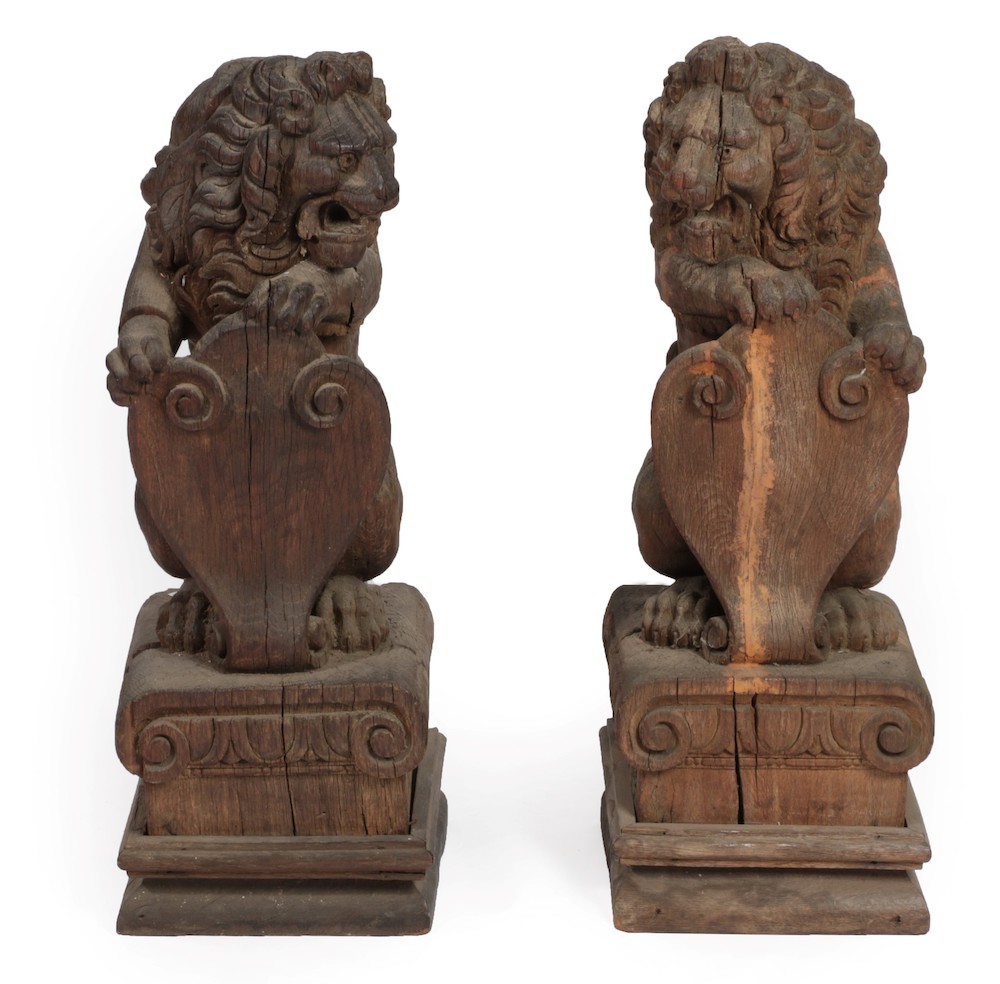 A large furniture section saw encouraging prices, with high prices seen for a 20th-century Jupe style extending dining table by Maple & Co, which by repute was formerly the property of Thomas Beecham the Chemist and sold for £14,000.

An intriguing Elizabethan carved oak refectory table with later top sold for £6,500; the table had been in a private collection at Dimple Hall East, Lancashire for over 40 years, but had previously been in a school in Ireland where childhood graffiti had been carved into the top. Selling above estimate was an olivewood, kingwood and oyster veneered cabinet on stand, circa 1685, which sold for £8,700.

Lantern clocks from the Brian Loomes Collection saw competitive bidding, with the top lot of the collection going to a 17th-century brass striking lantern clock, which had very unusual early conversions to a side fitted pendulum and half hour passing strike, which sold for £4,800.

Traditional pictures saw good prices throughout, with notable results including ‘Winter Time’ by Charles Henri Joseph Leickert, which together with a companion piece sold for £3,800, and a pair of full length portraits by Scottish artist David Gauld, which sold for £2,800.

A select offering of jewellery, silver and watches sold well throughout, with the demand for vintage and collectable watches continuing apace. Selling well above estimate were an International Watch Co. RAF Issue pilot’s watch mark XI, issued in 1951, which sold for £4,300 and a rare Vacheron Constantin ‘Batman’ watch from circa 1965, which sold for £6,000. Modern luxury watches sold well too, with a lady’s steel and gold diamond set Rolex Datejust circa 1989 selling for £5,000 against an estimate of £2,000-3,000.

Highlights of the Silver section included silver with provenance from the Powlett Family of Bolton Castle; a pair of George II silver cream boats marked with the Powlett crest sold for £2,500.