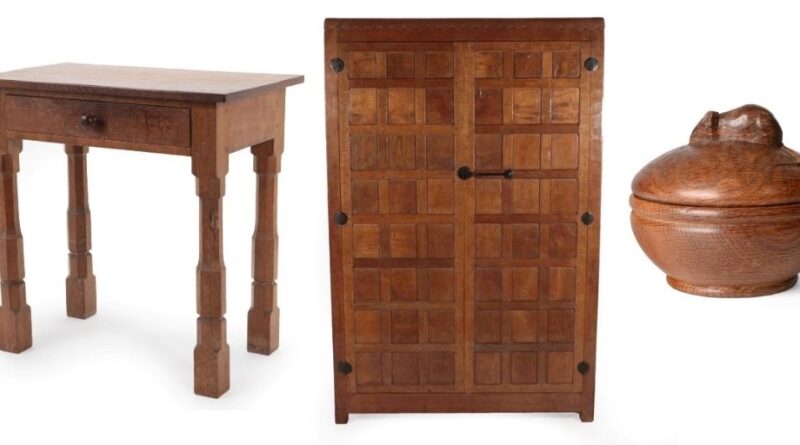 An oak writing table by Robert ‘Mouseman’ Thompson sold for £10,000 to become the top lot in a recent sale in North Yorkshire.

Tennants Auctioneers’ 20th-century design specialist Diane Sinnott, said of the sale: “Early Mouseman furniture always sells well at Tennants, but the prices seen on Saturday really were extraordinary. It was a pleasure to handle so many fine pieces with good provenance and see many of them go back into private Yorkshire collections.”

At the heart of the sale was a family collection of rare 1930s Robert ‘Mouseman’ Thompson furniture.

The ten Mouseman lots sold for a combined hammer price of £60,650. The pieces were commissioned by the late William Becket Henderson, a wool merchant from Keighley and later Kettlewell, near Skipton.

Robert Thompson’s original sales records held in the workshop archive at Kilburn, North Yorkshire, show that William Henderson began commissioning furniture as early as 1926, when the Mouseman made a table for him.