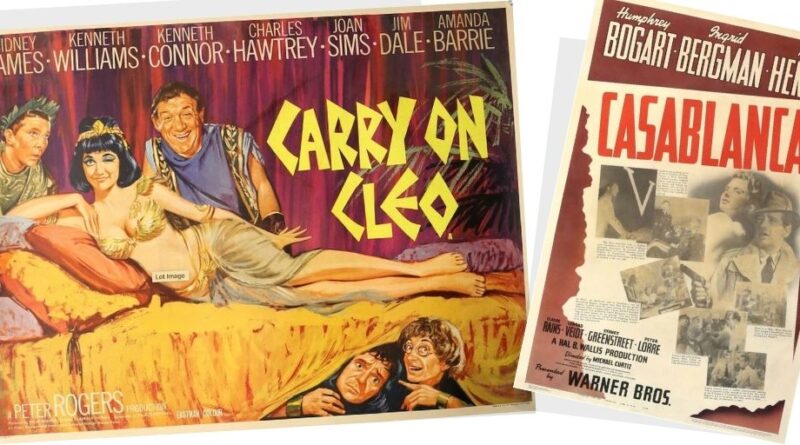 British comedy Carry On Cleo was one of the star lots in a recent Surrey auction which witnessed a sell-through rate of over 99% for its recent vintage movie poster sale, with 341 of the 344 lots changing hands.

Auctioneers Ewbank’s said it was the one of the most successful poster sales they have ever held.

In 2019, Ewbank’s Sports & Entertainment Memorabilia department took over as the company’s leading specialist department with over £1.25m in auction sales by the year end. There are hopes that 2020 could prove even more successful, with total for poster sales already standing at around £1.2m, with four more months to go.

Highlights from the latest sale included an original poster for the 1942 film Casablanca, starring Humphrey Bogart and Ingrid Bergman, which took £9,000, a 1962 Dr No poster from the original James Bond film, which sold for £5,200, and a rare surviving poster from the 1964 comedy Carry On Cleo – most were destroyed after a court case – which made £3,200. 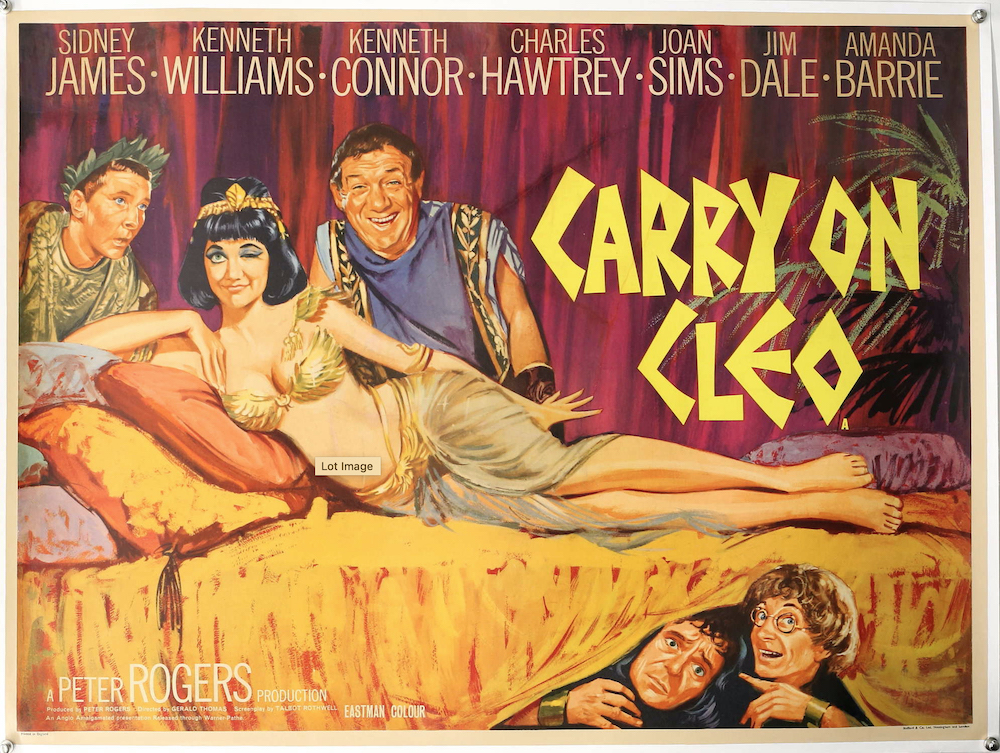 In the sci-fi genre, blockbusters like Star Wars , kitsch 1950s B movies like Revenge of the Creature and satirical comedies like Dr Strangelove, saw online bidders dominate, snapping up 94% of lots offered, with almost everything either well within estimate or significantly above.

“From the recent sale of the Norman Whiteside Football Collection to our more general fine antiques auctions, selling rates have risen significantly through the pandemic and have remained high after lockdown was eased and we were able to provide more – albeit limited – access to the auction rooms themselves,” said senior partner Chris Ewbank. 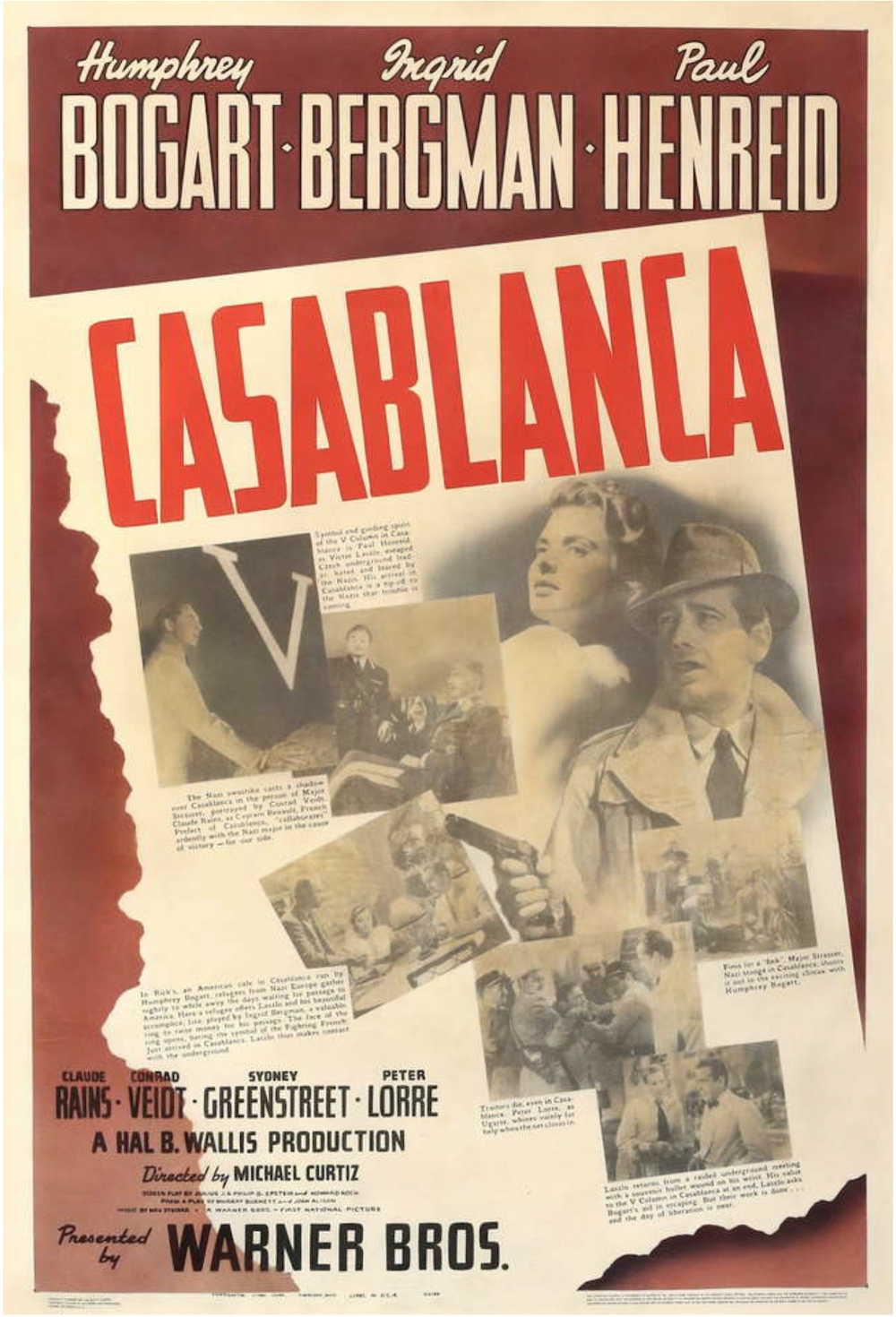 “Of course, the digital revolution means we now regularly sell to buyers from over 30 countries at our sales, and this global reach gives us a good idea just how much the world has moved on in the past few months.

“I have already been talking about how attitudes towards and adoption of online bidding has moved forward ten years in a matter of weeks, but what we are now also seeing is that this development is continuing as strongly as ever, which indicates that this positive change is here to stay.”

One of the concerns of many auction houses at the start of lockdown was that they would run out of material to sell, but the phenomenal response to online bidding shown since then has resulted in more collections emerging from the attic for sale.

“The outstanding success we have been able to demonstrate in the past three months has attracted the attention of quite a few potential consignors who have now approached us with some fairly amazing art and collectibles that might not have seen the light of day for some time to come in other circumstances,” said Chris Ewbank.

While Mr Ewbank is understandably delighted by this extended run of success, he also argues that it is important for other reasons. “The UK economy and people have taken a real battering since March and so we need to boost confidence, save jobs, get cash flowing and support the tax base to revive health and prosperity. Firms like ours are doing our bit – and are very pleased to do so – and I am just as thrilled that the wider British art market has been able to show its resilience during this period of crisis. We are of course complying with Government advice, for the protection of our staff clients and buyers.”