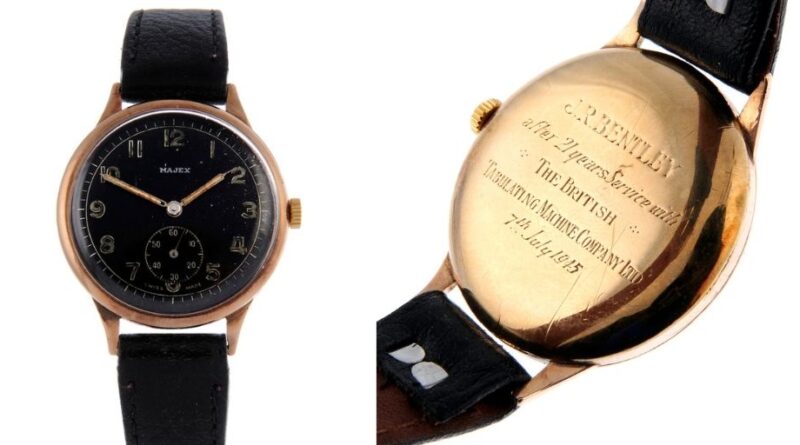 A fascinating watch awarded to an individual who worked on the British Bombe during the Second World War has sold at Birmingham auctioneers Fellows. 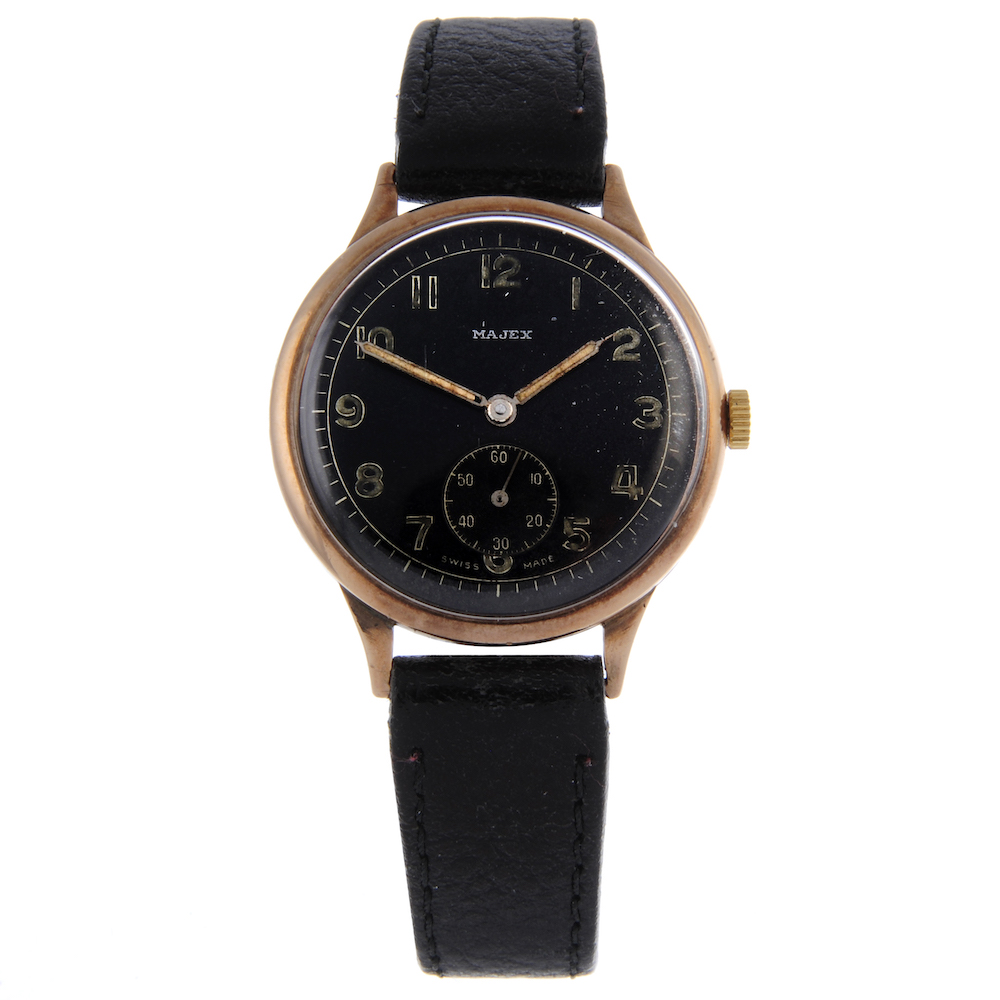 The gentleman’s Majex watch has back engravings commemorating a man (J.R Bentley) who worked for 21-years at The British Tabulating Machine Company Ltd, dated 7th July 1945. The company was enlisted to help create the Bombe – a machine initially conceived by Alan Turing used to break the Enigma Code. The watch sold for a total of £433.84.

The British Tabulating Machine Company (BTM), formed in 1902, originally operated from London but was called upon to design machines from Letchworth, Hertfordshire throughout the Second World War. These prototypes were created to aide British cryptologists to decipher German Enigma-machine encrypted secret messages. In the early 1950s, the company also designed Britain’s first mass-produced business computer.

The initial design for the Bombe was formulated in 1939, with work carried out throughout the Second World War, whilst J.R Bentley (whose engravings are on the Majex watch) worked for BTM. Harold ‘Doc’ Keen, a prominent figure at BTM, was the British engineer who designed the Bombe which Alan Turing used to crack the Enigma Code. It is likely that J.R Bentley would have worked under Keen; the latter was eventually awarded an OBE for his services. Bentley received the Majex as a leaving gift upon the end of his 21-year tenure at BTM, in 1945. 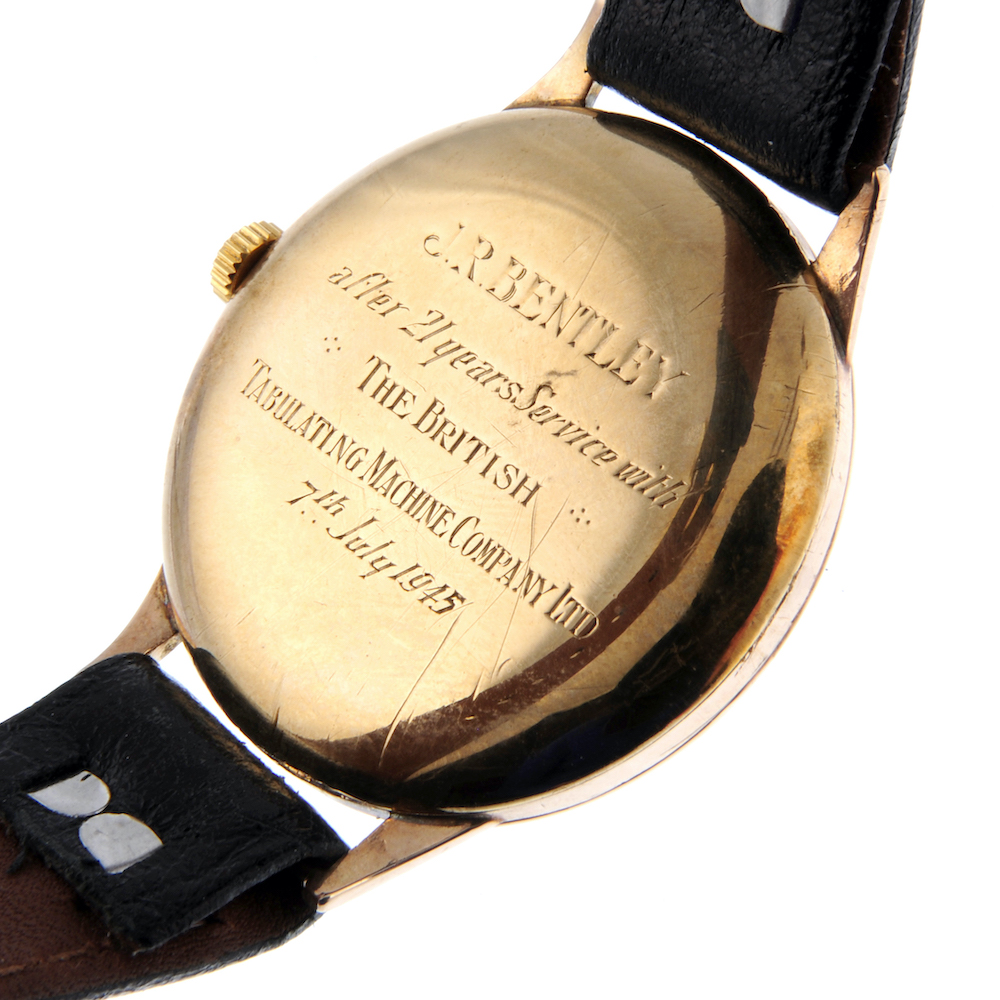 The seller of the Majex bought the timepiece at an antiques market. The gentleman’s watch has a 9ct yellow gold case which is hallmarked Edinburgh 1944. It features an unsigned manual wind movement, with a black dial and is fitted to an unsigned black leather strap. Measuring 33mm, a gold plated pin buckle is placed on the timepiece.

Natasha Davis, Watch Specialist at Fellows Auctioneers, who consigned the Majex from Fellows’ London office said: “Our Online Watches & Watch Parts auction that took place today was a great success, and we’re thrilled that the gold Majex wristwatch with its British historical significance sold so well. Exceeding its initial estimate of £150-200, it’s fantastic to see niche brands like this one increase in popularity and demand. We can see a real trend in clients investing in these smaller brands, which is incredibly encouraging in our current market.”