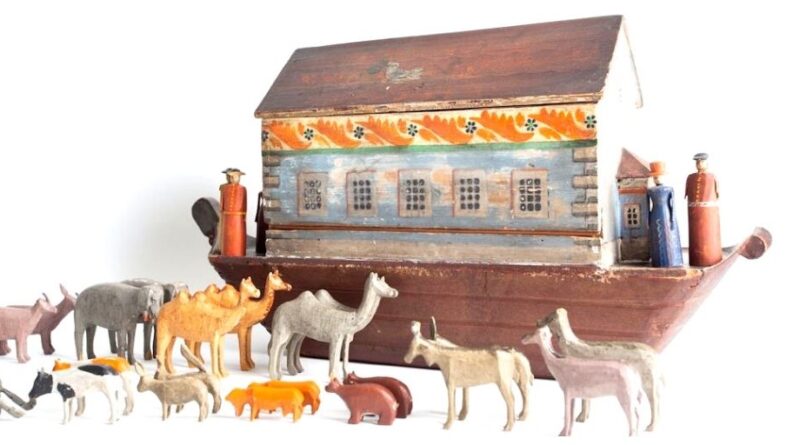 A 19th-century toy Noah’s ark could sell for hundreds when it comes up for sale in London and Berkshire auctioneers Dawsons‘ Fine Art and Antiques auction at the end of the month. 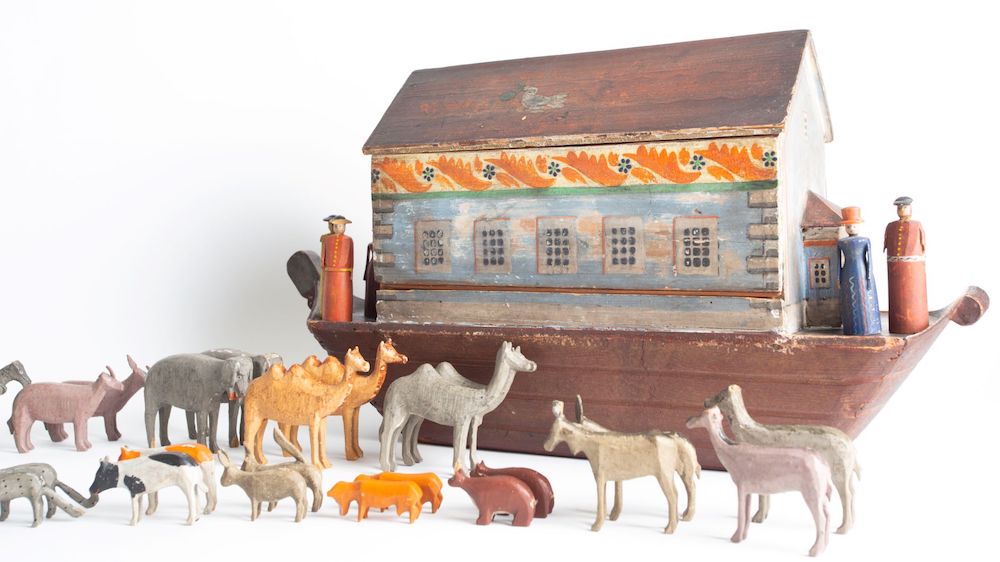 Constructed in the Erzgebirge region of east Germany, for centuries, the region around the Ore Mountains was the heartland of the Central European mining industry. However, with the decline of mining in the 19th century, people turned to wooden toy carving as an alternative occupation. What was once an activity for passing long winter nights became a thriving cottage industry with exports across the globe.

The toy ark in the sale was consigned by a local vendor, and due to its size would have been an expensive item. It has a sliding side section that opens-up to a spacious interior to house the animals, whilst there are also several figures of people.

The auction house said that it dates from around 1850 and has 144 pieces, ranging from camels to cows and everything in between. While the Ark and some of the animals have some slight damage, it is still a lovely toy.

A spokesperson for Dawsons commented: “It really is one of the most charming of handmade toys to survive from this period. Due to its biblical subject matter, it is interesting to note that for many generations (under the yoke of more religious times), an ark was one of the few toys that children were allowed to play with on Sundays.”