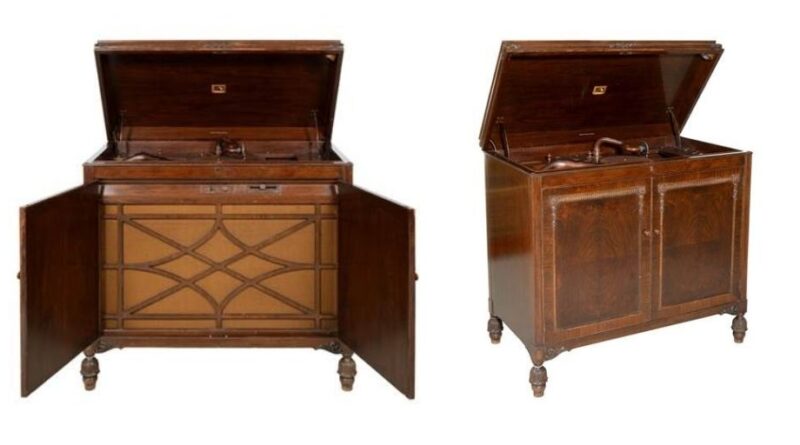 An exceptionally rare gramophone commissioned by James de Rothschild (1878-1957) of the Rothschild banking dynasty, for Waddesdon Manor, Buckinghamshire, is going up for auction in a sale of antiques and collectables at Mellors & Kirk in Nottinghamshire on October 21. 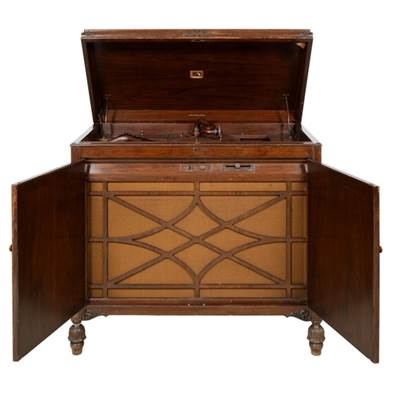 The HMV 1 automatic gramophone was the first electronic record player ever produced. It was launched in 1928 and while other gramophones exist, this particular example is one of only a handful produced and therefore is hardly ever seen on the open market.

The model was considered the ultimate in ‘high tech’ and was aimed at the super rich and priced accordingly at £125, which in 1928 was a small fortune and a lot more than any other gramophone produced. The model created in walnut, ran on electricity and was supplied with a lead to a tuned walnut stand, allowing the controls to be operated from the listener’s armchair. It was hugely expensive to produce and with such a hefty price tag, very few were sold, which is why it is so rare to find them today. However today it bears a conservative estimate of £1,000-£2,000.

James de Rothschild and his wife Dorothy (1895-1988), were politically active in the inter-war period and in 1928 when they would have purchased the gramophone, they hosted the Liberal Party rally at Waddesdon Manor, which was addressed by MP and former British Prime Minister, David Lloyd George (1863-1945).