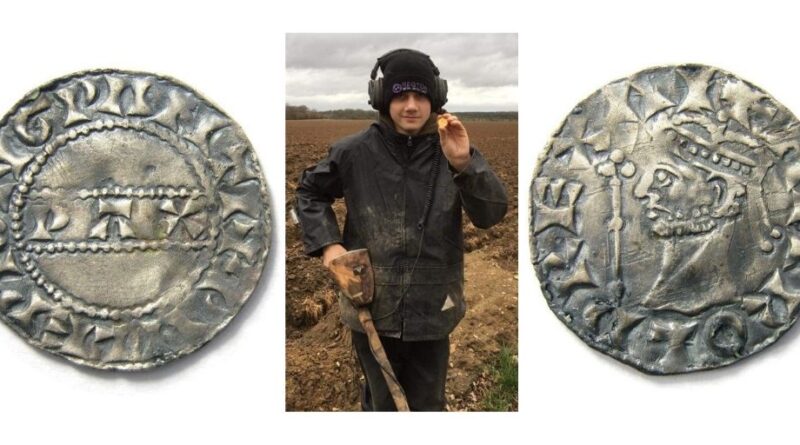 Two teenage metal detectorists were stunned to dig up coins dating back nearly 1,000 years – and now they could sell for thousands at auction.

Reece Pickering, from Great Yarmouth, was only 16 when he discovered ancient treasure beneath his feet while metal detecting with his dad, Jonny Crowe, at Topcroft, a village near Bungay in Norfolk in August.

Much to their amazement, Reece uncovered a Harold II silver penny, a Saxon coin dating back to 1066, the year of the Battle of Hastings 954 years ago. It’s due to be sold at Hansons’ Historica Auction on October 26-27 in Derbyshire with a guide price of £2,500-£3,000. 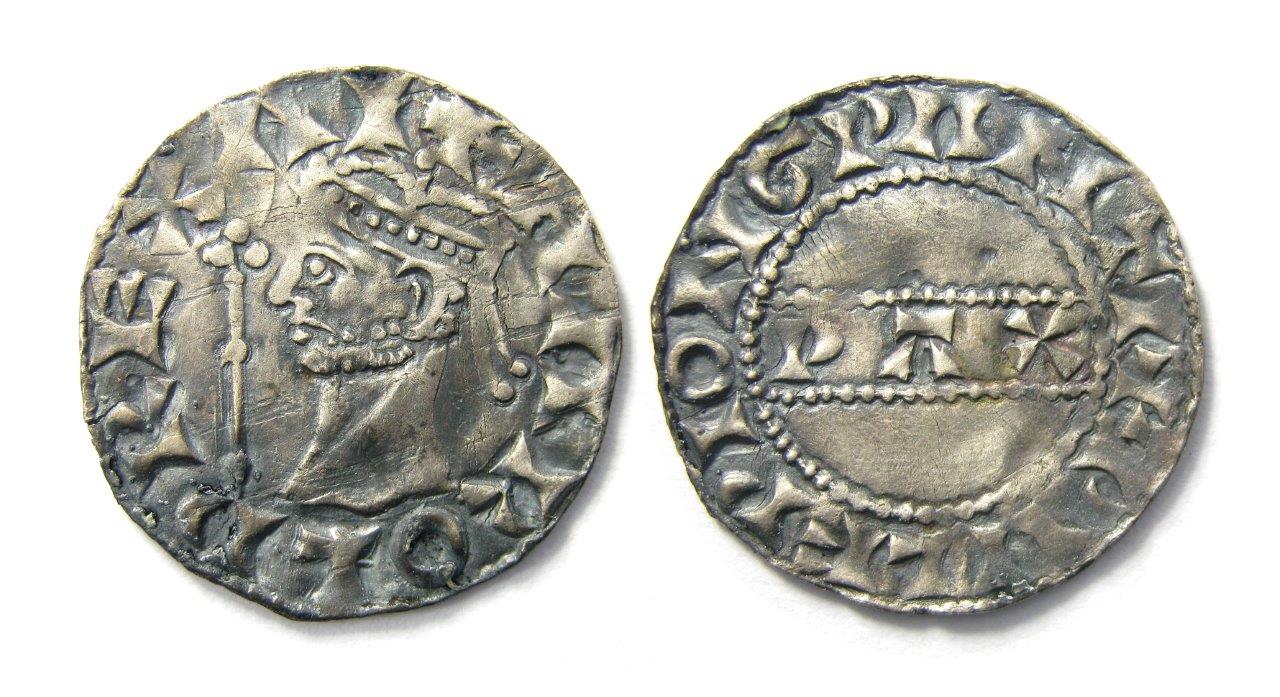 Jonny, a 41-year-old welder, said: “The coin has been recorded with The Fitzwilliam Museum in Cambridge. Only two others are known to exist. It’s worth around £3,000 but could sell for more.

“The day Reece found it we were out metal detecting in a couple of farmer’s fields. We’d only come across rubbish. The next minute I heard Reece shouting and waving from the other side of the field. I went over and there he was with his find. He kicked the dirt away, picked up the coin and gave it a wipe. We knew it was special.

“We put it up for ID and it turned out to be a rare Cambridge mint Harold II penny. Reece has just turned 17 but he was only 16 when he found it. He’s been metal detecting for a couple of years, in fact he introduced me to the hobby. He loves his history. It’s his biggest find to date but not his first.”

Reece, a catering apprentice who goes metal detecting most weekends, said: “It was pretty special to find. I wasn’t expecting to come across such a scarce and remarkable coin. It’s a day I will remember forever. I can’t imagine finding something as special as this again. You just never know what’s beneath your feet.”

Harold II was the last crowned Anglo-Saxon king of England. He reigned from January 6, 1066 until his death at the Battle of Hastings on October 14, 1066. He was fighting the Norman invaders led by William the Conqueror during the Norman conquest of England. His death marked the end of Anglo-Saxon rule over England.

While Reece was celebrating his find, fellow keen metal detectorist Walter Taylor, 16, who lives near Ongar in Essex, was about to make an equally impressive discovery – a silver Henry I penny dating back to 1106, making it 914 years old. 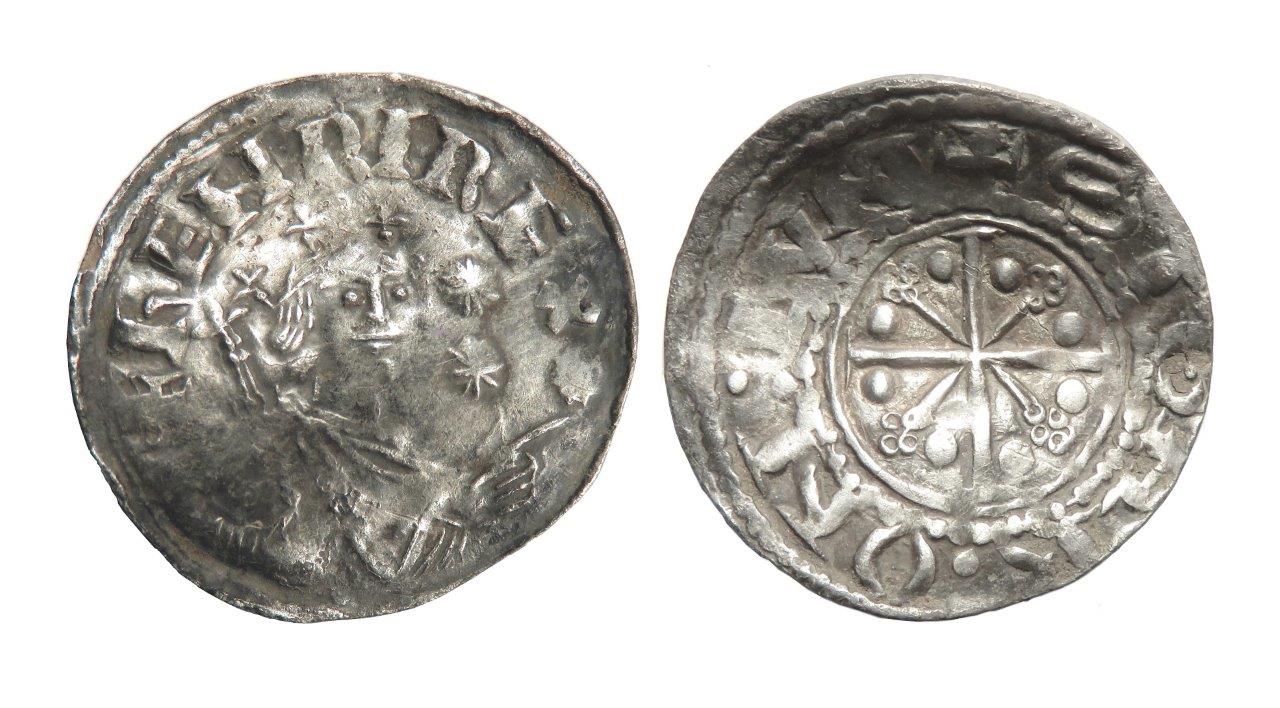 “I found it on September 9 in a farmer’s field in South Essex,” said Walter, who was 15 at the time. “I’d been out metal detecting with my dad and uncle for about for four hours when I found it. I was constantly digging hot rock (mineralised rock) but finding nothing. Then the register on my detector rose from 26 to 76.

“The coin was buried about four inches deep in the ground. I thought it was a silver penny but when I swiped the mud off it, I saw a face staring at me. I knew it could be a good one and sent the picture to an expert. It’s really rare. I’ve been metal detecting since I was four and this is my biggest find.”

The coin depicts Henry I pointing at a comet. Coincidentally, the Neowise comet was travelling through our skies when Walter found it. The Normans were fascinated by the stars so astronomical symbols feature on coins. The penny was struck after a victory at Tinchebrai, Normandy, in 1106. The battle was between invaders led by King Henry I of England and the Norman army of his elder brother Robert Curthose, Duke of Normandy.

Walter, who is studying GCSEs at Brentwood County High School in Essex, is now looking forward to seeing what his coin achieves when it goes under the hammer at Hansons’ Historica Auction in October. It has a guide price of £3,000-£3,500 (lot 312)

Charles Hanson, owner of Hansons Auctioneers and a keen metal detectorist himself, said: “What incredible historical finds. There is forgotten treasure beneath our feet, and these boys have found tow fine examples. Look after the pennies and the pounds will look after themselves. That saying should certainly come true at auction for Reece and Walter.”

Both coins have gone through the correct reporting procedures and any funds made will be split 50/50 with the landowners.