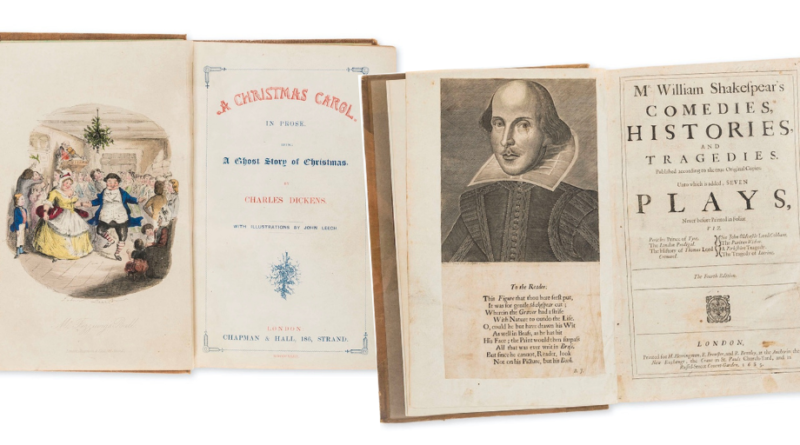 Selected books from the library of Rugby School in Warwickshire, one of England’s oldest independent schools, will go under the hammer next month at Forum Auctions.

The sale will feature some 300 titles across a wide range of subjects, from horsemanship, duelling and mountaineering; botany, to horticulture and ornithology; sermons and proclamations; jurisprudence and military history; psalms and poetry and maps.

Elsewhere in the sale, other titles of note include early editions of Miguel de Cervantes’ Don Quixote and Daniel Defoe’s Robinson Crusoe. There is also a first edition of A Christmas Carol and a rare 1685 edition of William Shakespeare’s Comedies, Histories and Tragedies.

The sale also features a timely sermon ‘for preserving these kingdoms from the plague’ written by Englishman Samuel Towers after the Great Plague of Marseilles which raged from 1720-22 and claimed some 100,000 lives.

Many of the books come from the library of Matthew Holbeche Bloxam, who attended Rugby School from 1813 to 1821. He became an amateur historian, a genealogist, archaeologist, naturalist, antiquarian, art-collector, a noted architectural historian.

The Governing Body of Rugby School said that the decision to sell the books was two-fold: they believe the books deserve to be preserved, stored – and enjoyed – in specialist conditions; and as a registered charity the school is committed to use its resources to benefit current and future students.