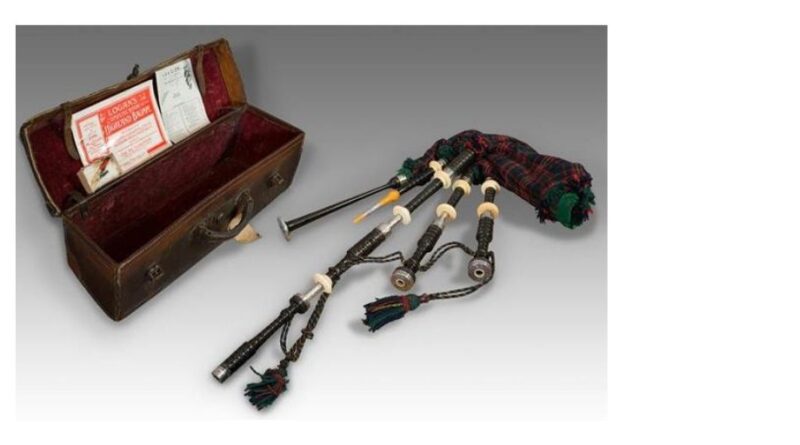 An important set of bagpipes have found their way home to Scotland after attracting worldwide interest at auction on October 30, 2020. The early 20th century silver-mounted set sold for £5,749 against a pre-sale estimate of £60-£80 at Auction Antiques in Devon, to a Scottish private collector, who outbid interest from Europe and further afield. 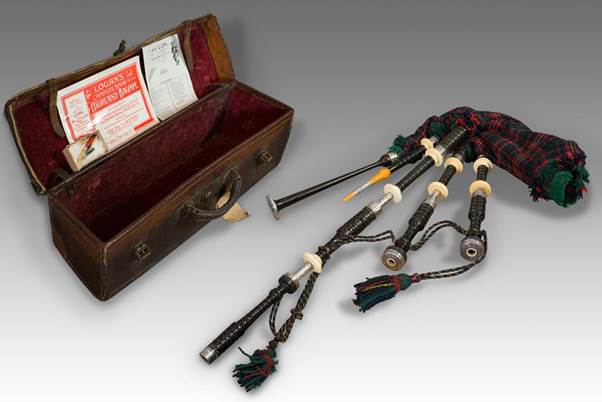 The stunning set dated 1909 and made in Glasgow bears the makers mark PH, which means it was crafted by celebrated makers Peter Henderson, who have been producing the finest bagpipes since 1868. The set also came with its original, velvet-lined case and Chanter.

Auction Antiques’ specialist in charge of the sale, Steve Ferguson, said: “Having been inundated with requests to bid from around the world, we are delighted that the winning bidder was from Scotland and thrilled that the bagpipes are returning to their native land. The buyer was a Scottish private collector, who truly knew and appreciated their historical significance.”

The sale overall was also a huge success, building on the upward trend for this newly established Devon-based auction house. Commenting on this, Steve Ferguson said: “Combining sales online and live on the net via several platforms, coupled with high-level specialist knowledge is proving to be a  winning combination, which enables us to be accessible to all.”

On this note, Auction Antiques is delighted to have welcomed Andrew Howarth, who has joined following many years at Lawrences Auctioneers and another key team member will be joining the team later this month.

One thought on “Bagpipes hit the high notes in Devon”