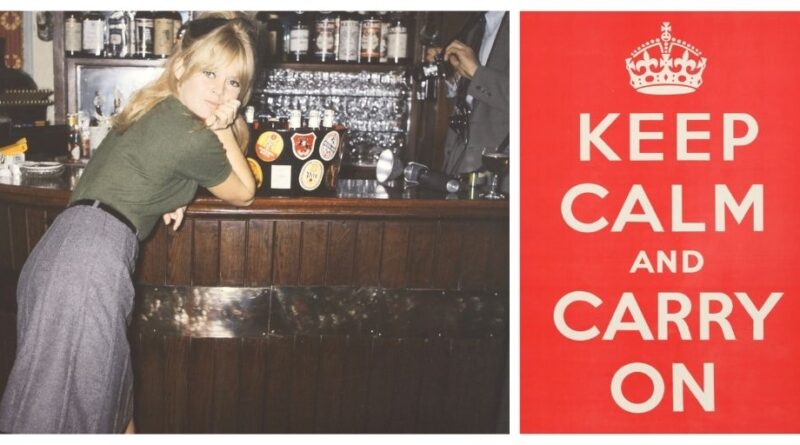 An auction with a London theme will take place at an Essex auction house next month, with items that make the capital so memorable all set to go under the hammer.

The auction ranges from a photograph of French actress and model Bridget Bardot in a London pub in the 1960s, and an amended tennis tournament poster for the Hurlingham Club, to a rare WWII original ‘Keep Calm and Carry On’ poster and topographical views of the city from the 18th to 20th century. 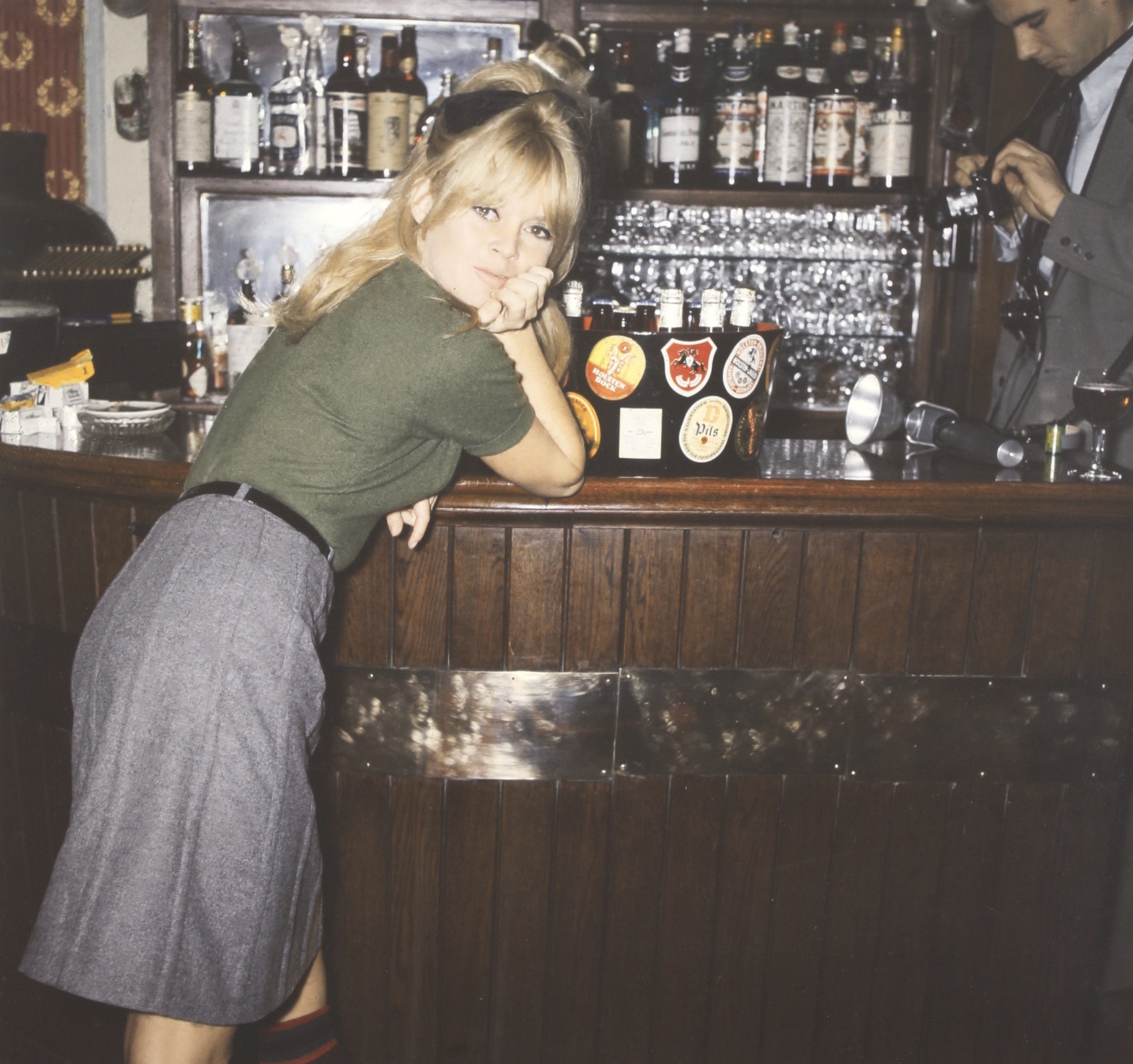 Sworders Auctions‘ head of sale Mark Wilksinson has curated the sale to weave the city’s story through paintings, photographs, military, posters, books and memorabilia in the sale on December 15.

A collection of seven photographs of Chelsea in the 1860s are expected to bring up to £2000. Taken by the local photographer James Hedderly (1814-85) they show sights such as the Old Battersea Bridge and Cheyne Walk as they looked before the building of the Embankment in 1871-3 radically changed the area.
Elsewhere, a competent 18th-century copy of one of the most famous paintings of London, Canaletto’s The Thames from Somerset House Terrace looking towards the City (now in the Royal Collection) has a guide of £3000-5000 as does Ken Howard’s post-war view of St Anne’s Church, Soho. 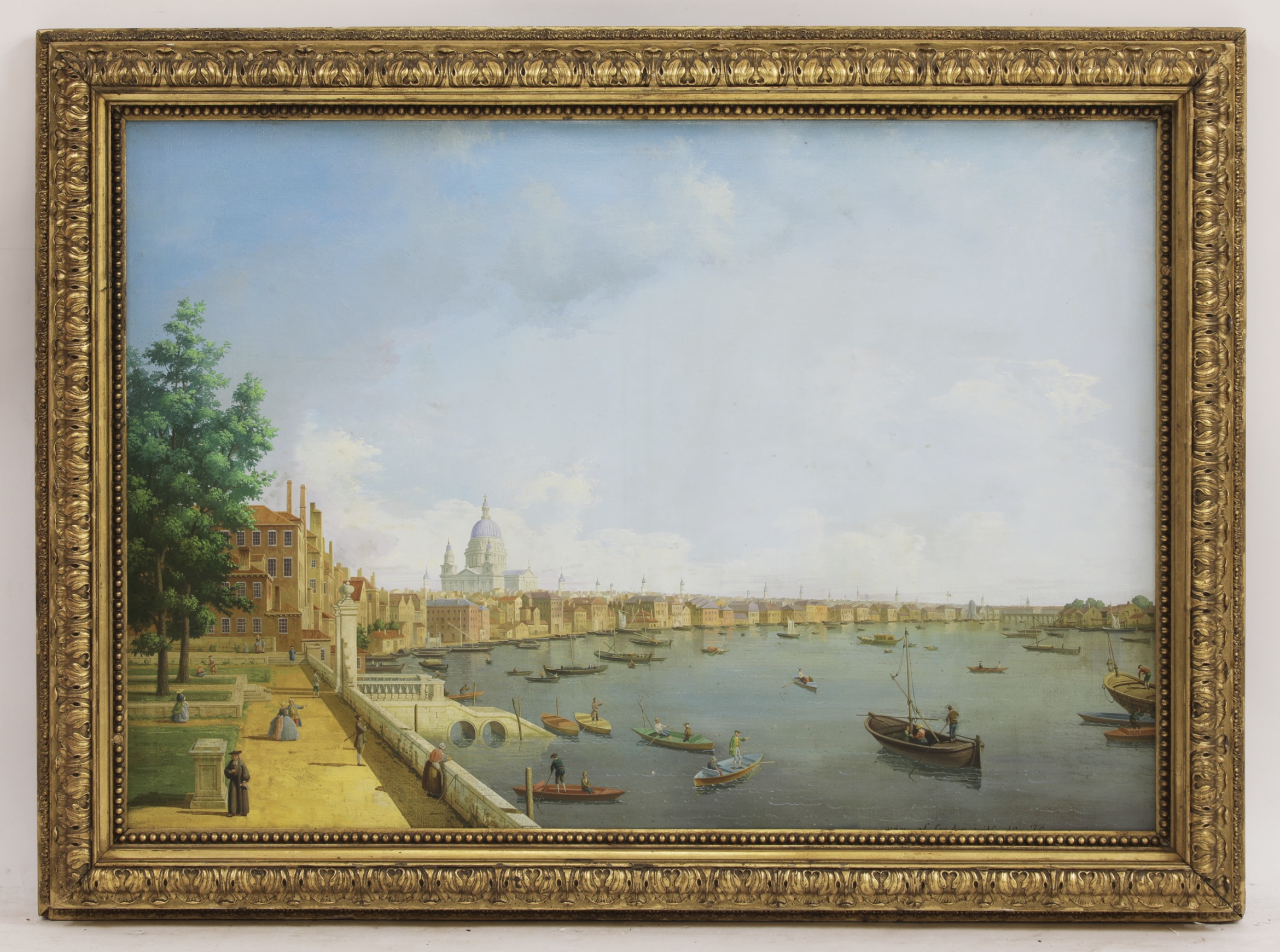 London has long been the centre of the art market – and art market forgeries, too. Among the best-known from the Victorian period are Billy and Charley, two mudlarkers from Shadwell who made beer money selling their finds to a London antiques dealer. In 1857 the pair began their counterfeit operation, producing between 5,000 and 10,000 ‘medieval’ artefacts over four or five years. Today, although rarely mistaken for antiquities, these cast metal medallions and badges are hugely collectable. Two are in the sale estimated at £200-300.
An equally infamous Londoner of the following century was Christine Keeler – the model and showgirl whose brief affair with the Secretary of State for War John Profumo set in motion a saga that ushered in the sweeping changes of the 1960s. A previously unpublished photograph of Keeler – topless with her arms crossed – is one of an edition of just five recently printed from the original negative. It is expected to bring £500-800. 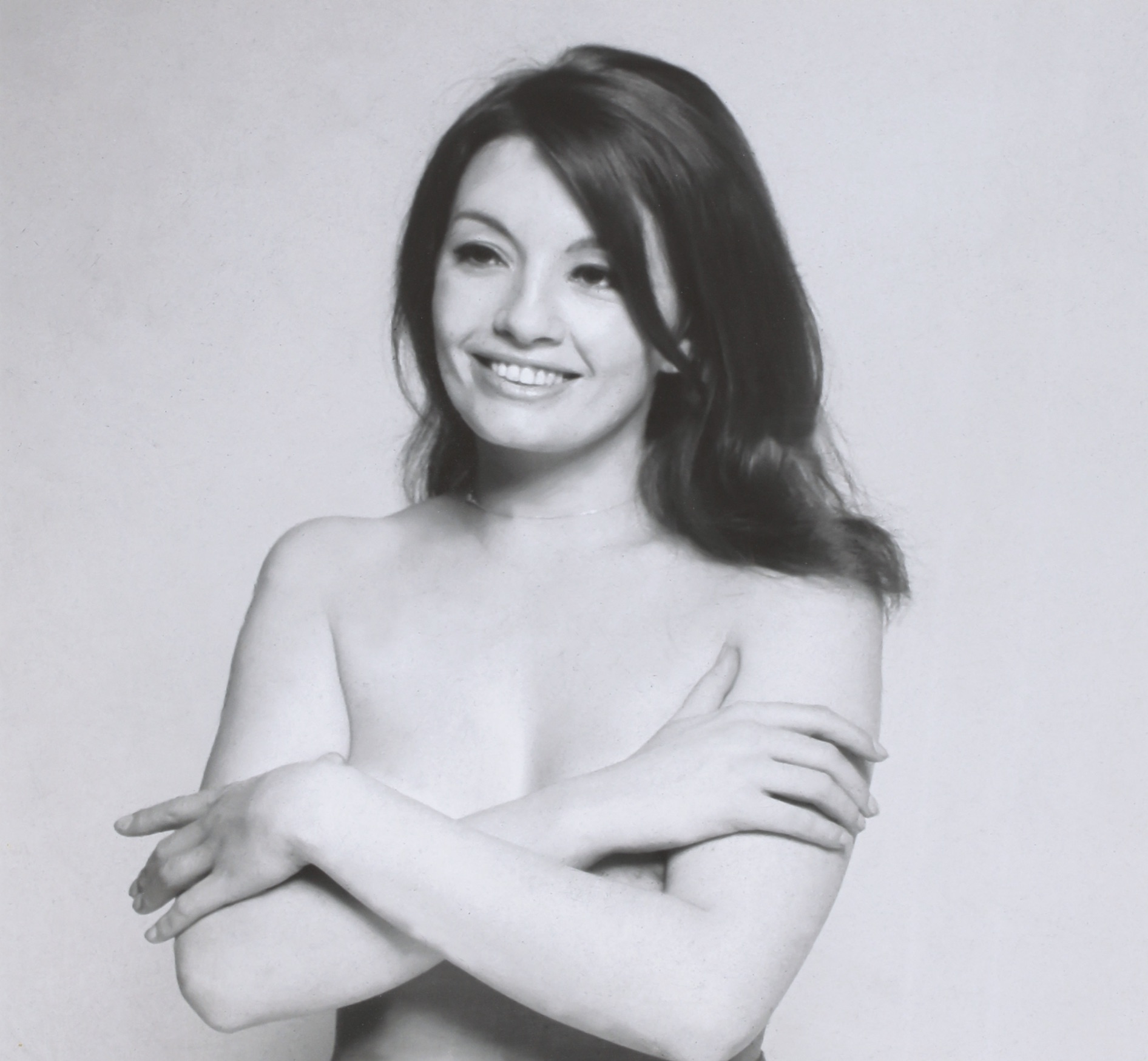 An original Second World War poster with the ‘stiff upper lip’ slogan Keep Calm And Carry On heads the sale with a £7,000-9,000 price range. The simple white on red letterpress poster, designed by the Ministry of Information in July 1939 and printed by HMSO in September 1939, has become one of the most famous propaganda icons of the Second World War although it was never authorised for use at the time. 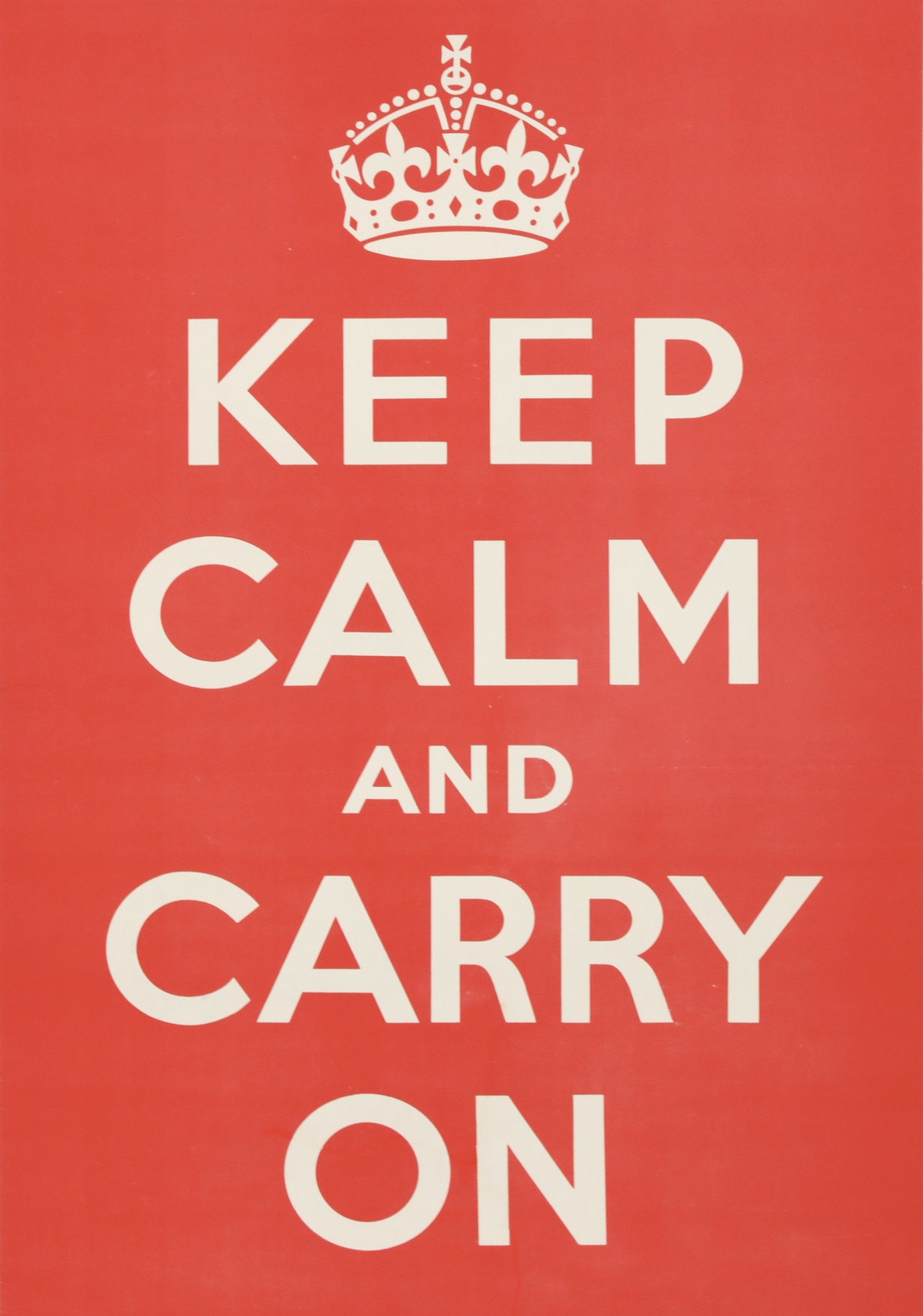 As many as two million copies were originally printed in 11 different sizes but only a tiny fraction appear to have survived. In fact, the poster was little known until a copy was rediscovered in 2000 with others coming to light since. It has since been used as the theme for huge quantities of merchandise. This poster, in the larger ‘double crown’ format measuring 75 x 50cm, is one of only a handful of original examples that have appeared for sale.
A rare 1969 Evening Standard poster advertising a special edition commemorating Apollo 11 and Neil Armstrong’s moonwalk is guided at £200-300 while a vintage London Underground poster encouraging Londoners to plan ahead for Christmas is pitched at the same sum. Do your Shopping Early was designed by the cartoonist Fougasse (Cyril Kenneth Bird) for display in carriages in November and December 1936. His most famous work – the Careless Talk posters that formed part of the War effort – would come just a few years later. 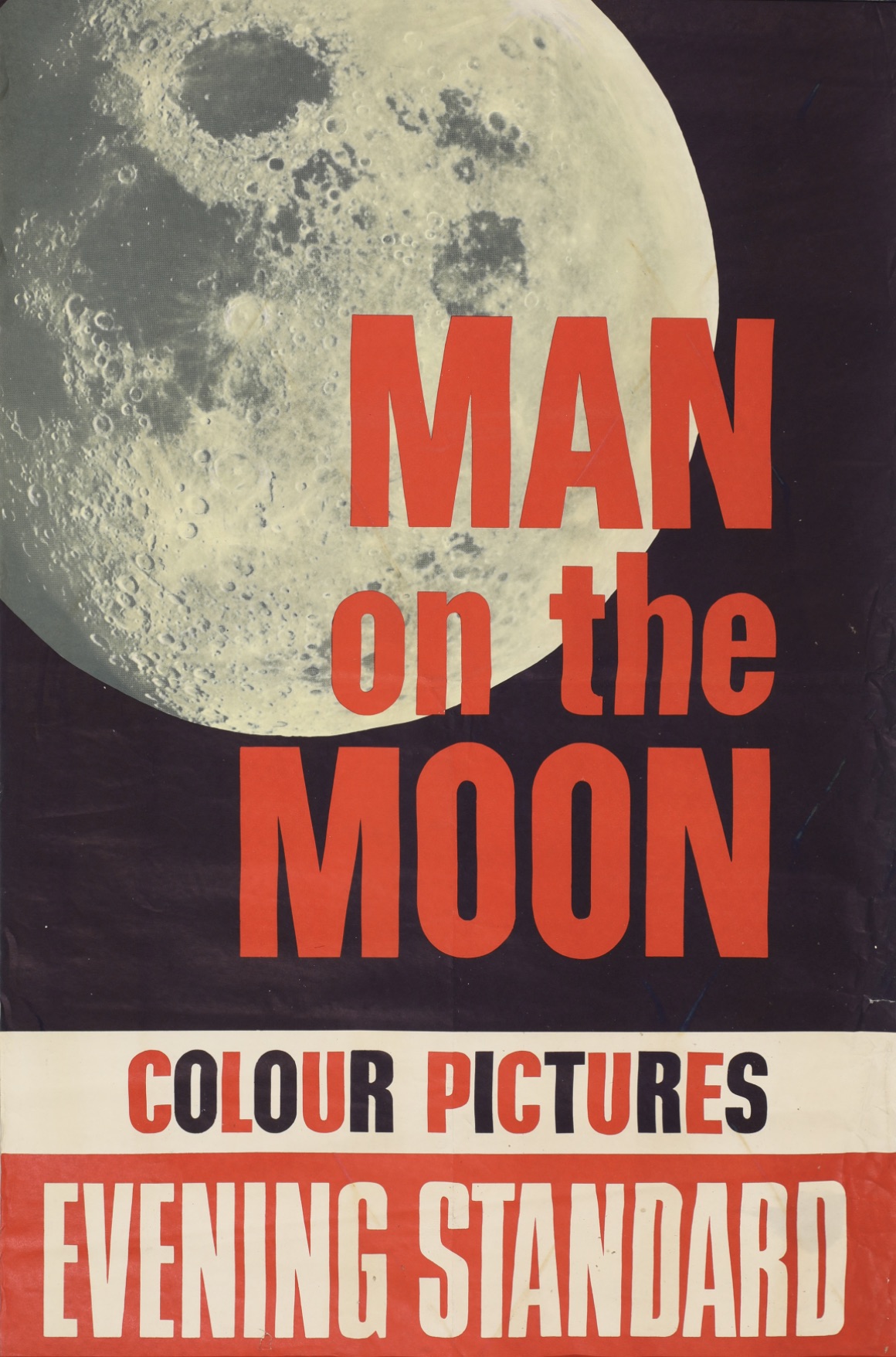 From maps to bus blinds, there is plenty of London Transport memorabilia on offer.
The perfect addition to a flat in Green Park, Knightsbridge or Oxford Circus would be one of the original enamel and bronze roundels that once adorned the local Tube stations. All are available at the London Sale, fully restored and attached to backing board for wall mounting, with expectations of £2,500-2,800 each.
Share this...