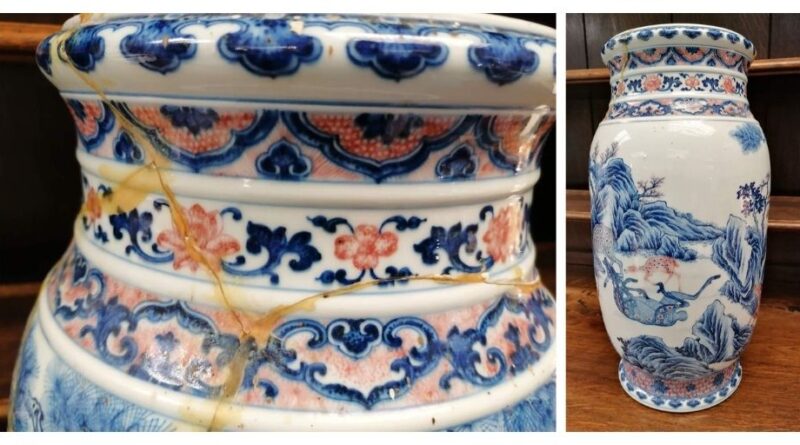 A badly broken blue and white Chinese vase – which had been glued back together – stunned at auction when it sold for hundreds of thousands of pounds. 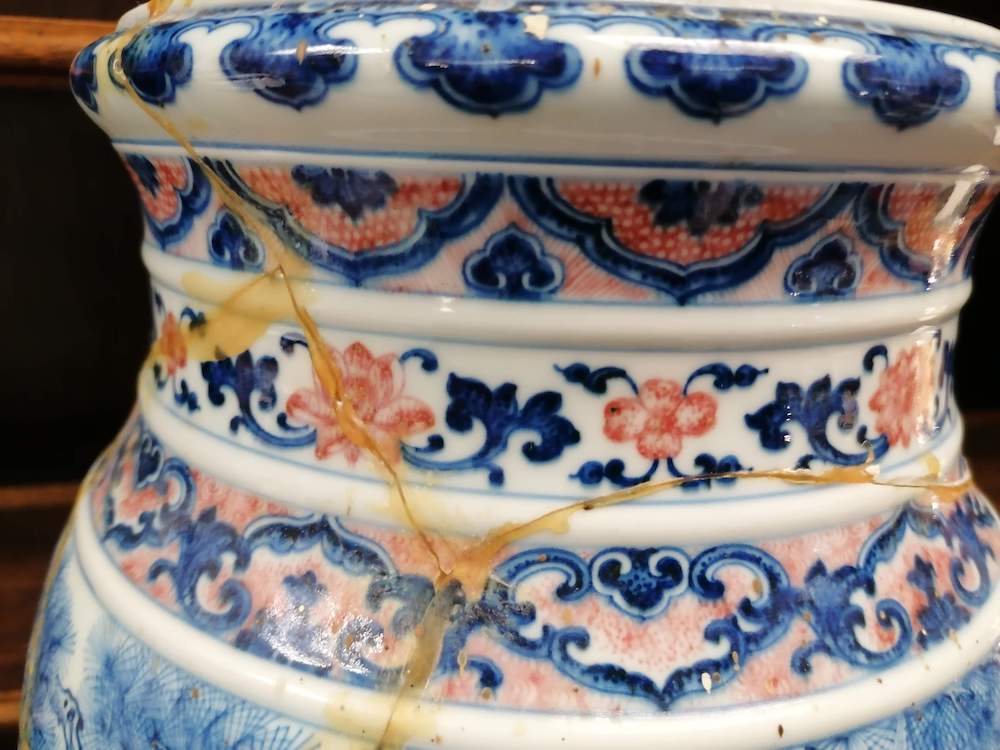 The vase, which was spotted under a table at a Leicestershire home, sold for £200,000 at Hansons Auctioneers despite having cracks aplenty and visible repairs.

The Chinese Qianlong (1735-1799) copper-red and underglaze blue deer lantern vase, with Qianlong seal mark, went to auction with an estimate of £15,000-£25,000 due to its condition. However, the price soared beyond all expectation thanks to fierce competition between 11 phone bidders plus online bidders. It eventually sold to a private internet buyer in China.

Despite its ailing appearance, Charles Hanson, owner of Hansons, realised the potential of the 18inch high pot thanks to its Chinese pedigree, which could have fetched £700,000 in good condition. 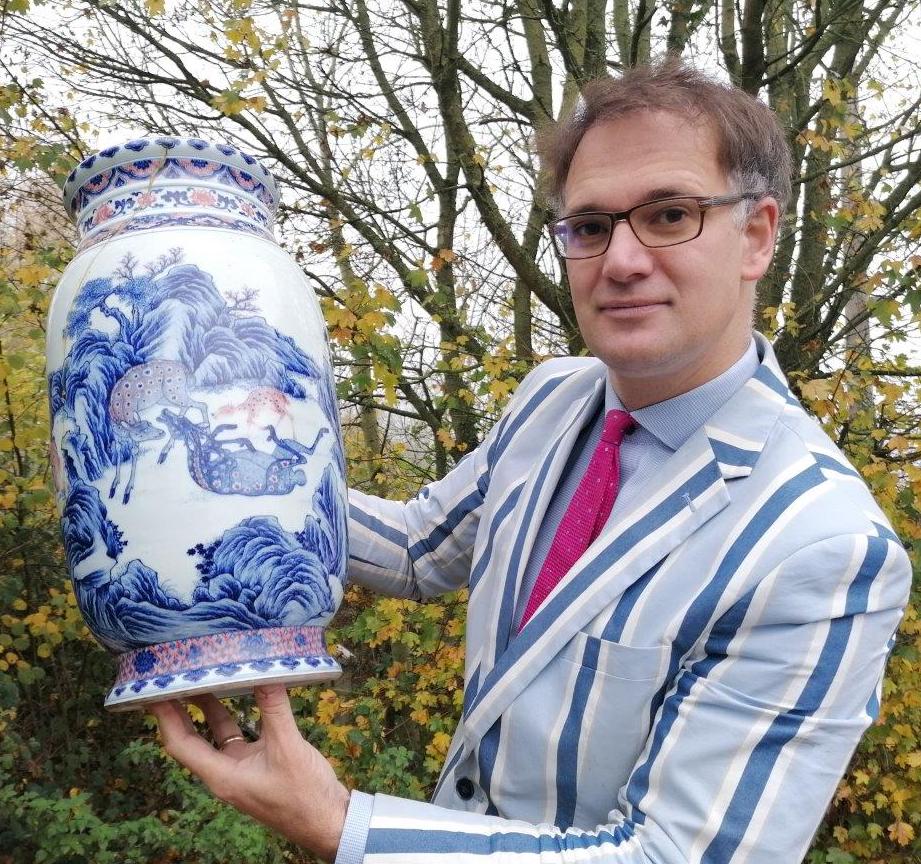 He said: “I fully expected this vase to excel, despite the cracks and repairs. It was bursting with Eastern promise. It dates back to the period of Emperor Qianlong which made it extremely sought after. It was languishing under a table in a living room. I spotted it during a routine house visit I undertook in Leicestershire to assess a range of antiques. In good condition its auction estimate would have been in the region of £600,000 to £700,000.”

The vase was sold in Hansons’ Fine Art Auction on December 7. Featuring contrasting shades of cobalt blue, it is decorated with a herd of deer, including a red stag and blue doe, amid a mountainous landscape with pine trees and rock work. The neck of the vase has parallel bands depicting cranes and clouds, Lingzhi prunus, fruiting peach branches and ruyi head motifs. Use of copper red in the decoration made it exceptional. 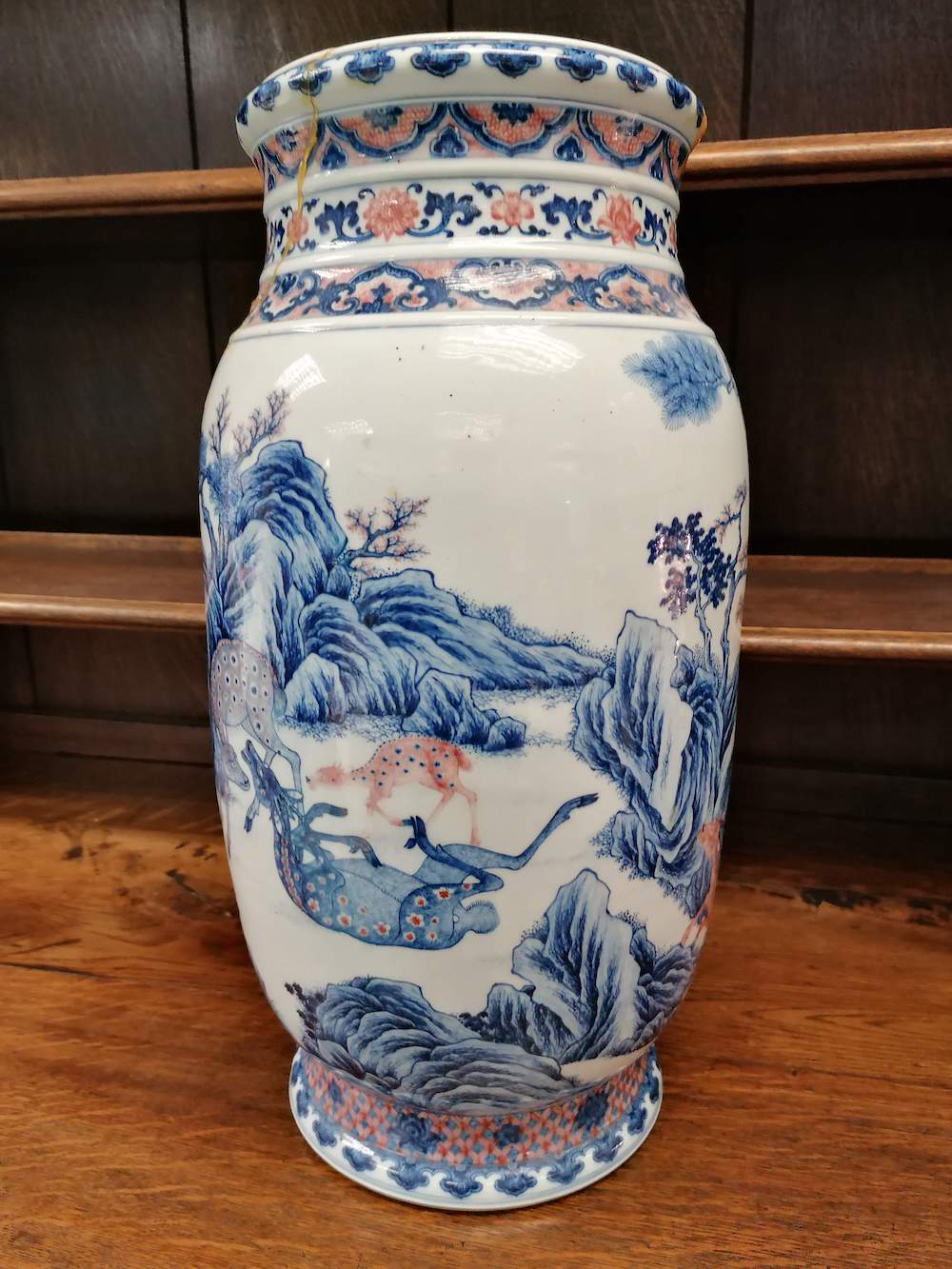 Mr Hanson said: “The vase was probably manufactured in the imperial kilns under the direction of Tang Ying during the early years of Qianlong’s reign, circa 1740, which would make it nearly 300 years old. The landscape is reminiscent of the work of Wang Hui, circa 1632-1717. A similar pair of vases were exhibited at the Minneapolis Museum of Art in America in 2004.

“Though the vase had been smashed at a hunting party in the 1950s, it still displayed exceptional artistry thanks to its subtle combination of underglaze blue and copper red pigments. This demonstrates both the virtuosity of the painter and the skill of the kiln master in the perfect firing of the copper red pigments.

“The Chinese are extremely proud of their artistic heritage and the advanced skills their ancestors perfected centuries ago. Consequently, finds like this often spark strong bidding from the Far East as wealthy collectors like to repatriate items to their homeland.”