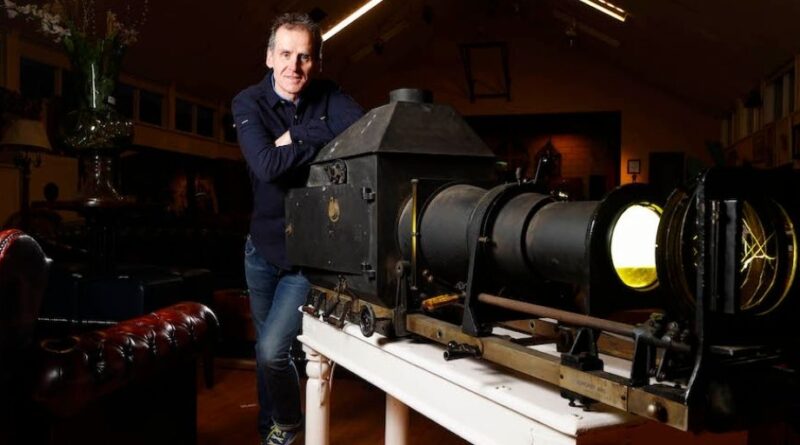 A pair of early 20th-century lamps from Dublin’s Gaiety Theatre has sold for €3,400. An online buyer won the bidding war for the treasured artefacts at the Niall Mullen Signature Auction in Kells, Co Meath recently.

Predicted to fetch between €800 and €1,200, the lamps, or followspots, were finally snapped up for almost three times the higher guide price.

“Unfortunately, they did not sell in the room,” said Mr Mullen, who co-ordinated the sale with Victor Mee Auctions. “It is an anonymous buyer, but hopefully they will be staying in the country. I am very happy with the price they achieved. They’re from the most important theatre in Dublin and that is what made them sought after. They are pieces of Dublin history.”

A group led by the owner of the Dublin-based Stage Lighting Centre and theatre enthusiast, Tomas Fitzgerald, had launched a GoFundMe bid to buy and restore them, but was outbid.

“Congratulations to whoever has them, we hope they do the lamps proud,” he said. “One of our plans was to see if the Gaiety would take one of them back, restore it and display it in the lobby.”

The metal and brass Edwardian lamps, which illuminated performers during their parts on stage, were discovered during refurbishment work in the theatre’s rafters some years ago.

They were bought for around £130 each in the early 1900s to coincide with the Gaiety’s re-opening, following extensive renovations.

Once replaced, they ended up in storage at the 149-year-old Dublin venue.

The two-day auction, which included the entire contents of The Dawson Hotel, La Stampa and Sam’s Bar in the capital, was Ireland’s biggest interiors sale of 2020.

It also included items from the former Silks Casino and restaurants Beaufield Mews, Roly’s Bistro and Fallon and Byrne as well as the entire front façade of Dublin’s Berkeley Court Hotel.

Bidders also had the chance to get their hands on a replica Irish ‘phone box – with the proceeds going to suicide prevention charity, Pieta House.