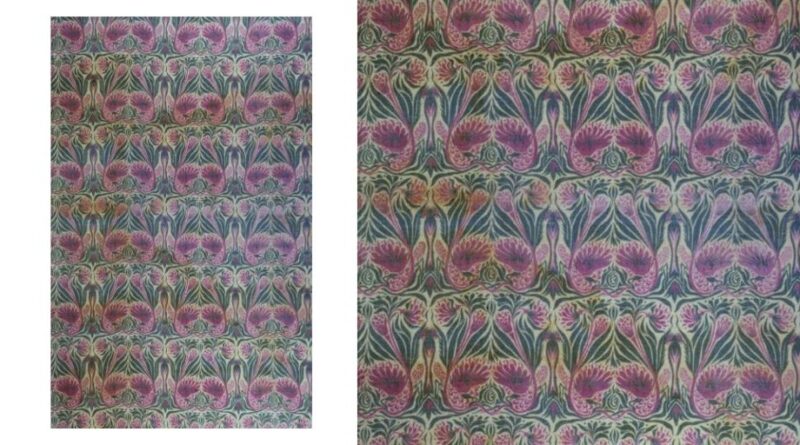 The William Morris Gallery in London is to host an exhibition, the first in 20 years, exploring the pioneering aesthetics and lasting legacy of The Century Guild and its association of artists, designers and craftspeople.

Beginning on February 27 until May 31, Within Reach of All: The Century Guild will explore The Century Guild, which was established by the architect and designer Arthur Heygate Mackmurdo (1851 – 1942), who later helped found the William Morris Gallery, and his assistant, Herbert Percy Horne (1864 – 1916), in close collaboration with designer Selwyn Image (1849 – 1930). 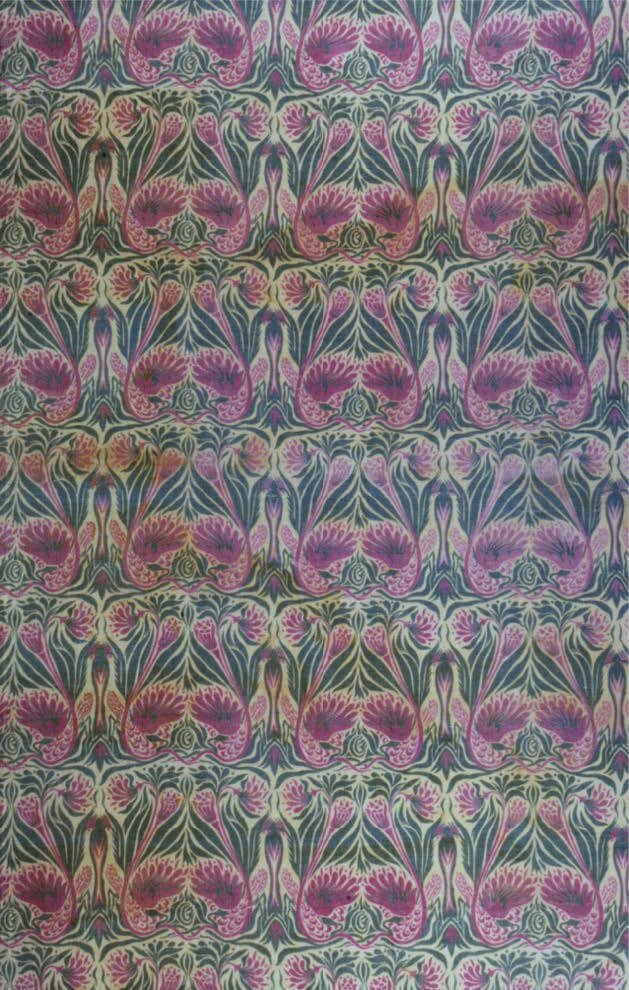 They aspired to elevate crafts to the status of art, integrate both art and crafts in domestic interiors, and democratise good design. Within The Reach of All: The Century Guild will reveal the group’s key figures, along with its influence on Art Nouveau, 20th-century design and modern publishing, through the William Morris Gallery’s collection.

The Gallery, which is owned and run by Waltham Forest Council, holds the world’s largest and most comprehensive collection of Century Guild works.

Founded in 1882, the Century Guild was intended as a forum for designers and artisans to collaborate and sell work. It spanned architecture, painting, furniture, sculpture, textiles, wallpaper and metalwork; examples of which will be on display.

The Guild’s designs proved extremely influential, both in Britain and internationally, making Mackmurdo one of the most significant figures in British design history. He was responsible for popularising a number of innovative ideas with the British public, including community-focused architecture, modern interior design and building conservation.

The Guild’s influence would also be felt across Europe, and on display will be Mackmurdo’s 1883 publication Wren’s City Churches, considered one of the first examples of Art Nouveau, which flourished at the turn of the 20th century owing to the cover artwork’s use of dense whiplash curves. The book would also form part of his successful campaign to save many of Christopher Wren’s baroque churches, considered deeply unfashionable at the time, from demolition.

William Morris was an associate of Mackmurdo, and the Century Guild followed the Arts and Crafts tradition Morris had been instrumental in establishing, including an emphasis on natural forms and a revival of crafts, while simultaneously furthering the style’s emphasis on aesthetics.

The Guild also retained the social values and ideals set out by Morris and John Ruskin, but it was this shift in emphasis towards aestheticism that inspired Art Nouveau, which separated artistic appearance from social concerns.

The Century Guild and its associates were socially progressive, exemplified by Selwyn Image attending every day of Oscar Wilde’s three-week trial for homosexuality in 1895. The group was connected to some of the era’s foremost thinkers, writers and artists, and their circle also included fashionable society – Mackmurdo was a cousin of Richard D’Oyly Carte, owner of The Savoy, for which he designed balconies which can still be seen today. 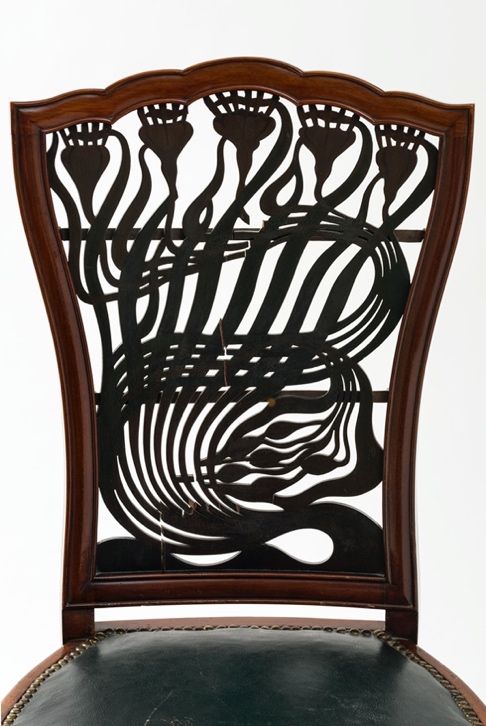 The Guild frequently incorporated motifs from the natural world into their designs and these stylised natural forms evoked the sensation of nature without directly imitating it. On display will be wallpapers and textiles, intricately decorated with animals and flora such as peacocks, tulips and squirrels – one of Mackmurdo’s favourite motifs.

The Century Guild also began to incorporate figures into their wallpaper and textile designs, as can be seen in Horne’s Bay Leaf Frieze (c.1882) which depicts a repeating pattern of kneeling figures in classical robes, playing musical instruments against a frieze of bay leaves, and his c.1884 design, Angel with Trumpet. The inclusion of figures was seen as highly innovative and novel for the time and, along with the Guild’s use of sinuous natural forms, can be seen as foreshadowing the Art Nouveau movement.

Mackmurdo believed that all branches of art and design should be unified under the umbrella of architecture, and was interested in the interplay between architectural structure and interior design, as demonstrated by the Guild’s decision to exhibit their projects as complete rooms.

This unity of design was further fulfilled by an aesthetic harmony across media, as can be seen in furniture designs that will be on display – most notably, Mackmurdo’s mahogany chair (c.1882) which features wooden fretwork in organic twisting forms inspired by marine botany. Also on display will be a wooden settee (c.1886 – 87) created for anti-prudery campaigner Stewart Headlam, who helped pay Oscar Wilde’s bail during his first trial and later offered him his home as a refuge following his release from prison in 1897.

The design shows the Century Guild’s ability to transfer the principles of simple, functional architecture into objects for a domestic setting. Architectural drawings which will be on display show how many of Mackmurdo’s buildings can be seen as early examples of Modernism, with function and usability integral elements of their design. Also on display will be a writing desk designed by c.1886 which demonstrates that this simplicity of form also featured in the Guild’s furniture designs, an approach which would influence their contemporaries Charles Rennie Mackintosh and Charles F.A. Voysey.

Across both architecture and interiors, the Century Guild prioritised vernacular design and local materials above a pre-determined style, going against the then-prevalent Victorian Gothic revival.

Instead, they sought to reference the past without directly imitating it, as will be demonstrated by works on show including Selwyn Image’s 12-part frieze panel (1889), created for Pownall Hall in Cheshire, which the Century Guild was commissioned to decorate and furnish. The frieze resembles Renaissance murals that celebrate the role of patrons of the arts and also emphasises the unified nature of art and craft, with text in Latin that reads “Art is a single organism of many parts but with one indivisible essence”.

Horne also had a strong interest in the Italian Renaissance, as did Mackmurdo who likely accompanied John Ruskin on a trip to Florence in 1874.

The Guild’s journal The Century Guild Hobby Horse (1887 – 1892), excerpts of which will be on display, contributed to the popularisation of the British Arts and Crafts movement amongst a European audience. The publication pioneered the integration of graphic art, design and illustration, and covered a wide range of topics including art, design, music and poetry, with contributions from revered contemporaries such as Edward Burne-Jones, May Morris, John Ruskin and Oscar Wilde.

Whilst the influence of William Morris can again be seen in the journal, its experiments in typography would, in turn, inspire one of Morris’ most ambitious projects, the Kelmscott Press. The journal demonstrated the Guild’s enthusiasm for modern methods of production and along with its geometric line block designs would prove a source of inspiration for key proponents of the Art Nouveau style.