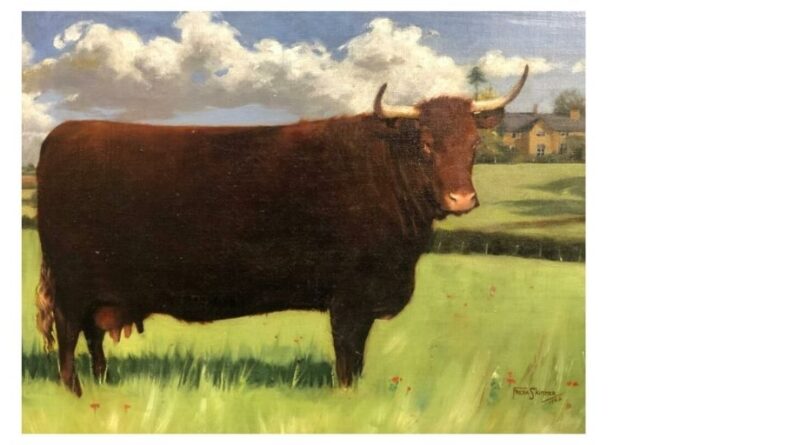 A pair of oil paintings of a prized bull and cow are included in a Dorset sale this week, with hopes they could reach their £500 top estimate.

Charterhouse Auctions‘ two-day sale on January 7 and 8 will include the paintings by Freda Nellie Skinner of a prized Champion Devon Red bull and a cow. Freda Skinner was born in 1911 and grew up on a farm. She painted both cattle when she was just eleven and twelve years old. 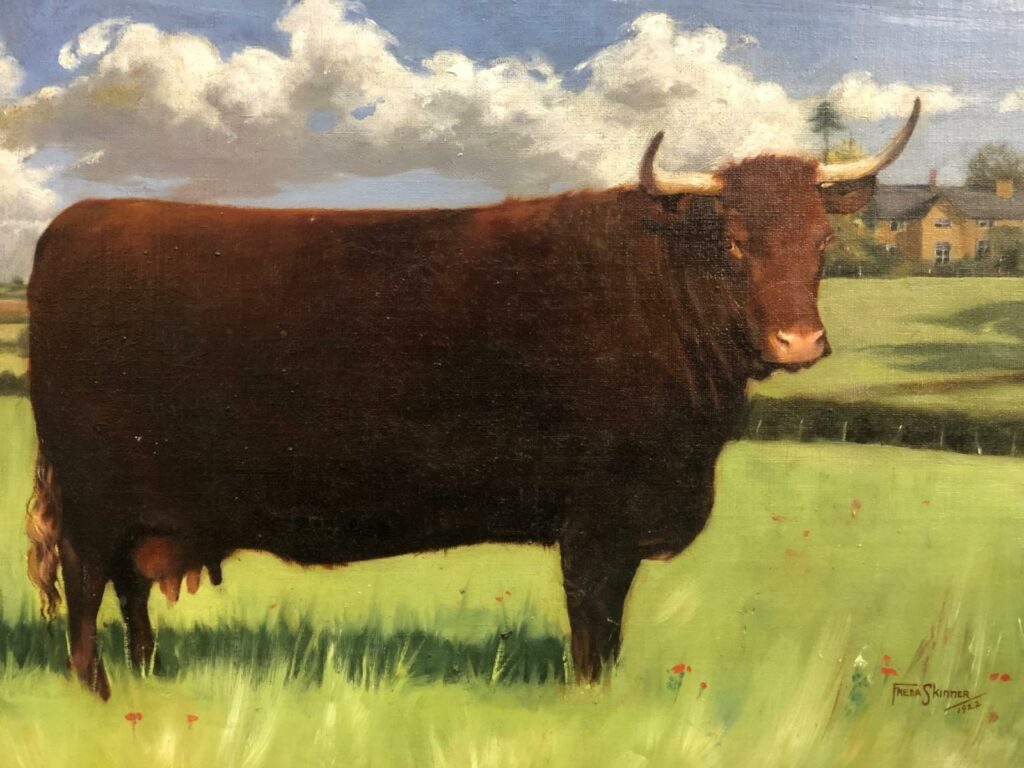 With natural talent, she went on to study sculpture under Henry Moore at the Royal College of Art and was appointed head of sculpture at Wimbledon School of Art 1945-1971. She moved to Wiltshire in 1987 where she passed away in 1993.

The pair of paintings come to the Charterhouse sale from a West Country farm. With the owner passing away, the family retained personal items and instructed Charterhouse to auction the items surplus to family needs and clear the residual items.

Estimated at £300-500 for the pair they are included in the Charterhouse auction of pictures, prints, books and maps on January 7, followed by decorative arts, mid-century modern, Beswick, antiques & interiors on January 8.

“Animals are a perennial favourite at auction and this pair of cattle will generate interest not only from farmers but also collectors, interior designers and decorators such is their charm,” Commented auctioneer Richard Bromell.