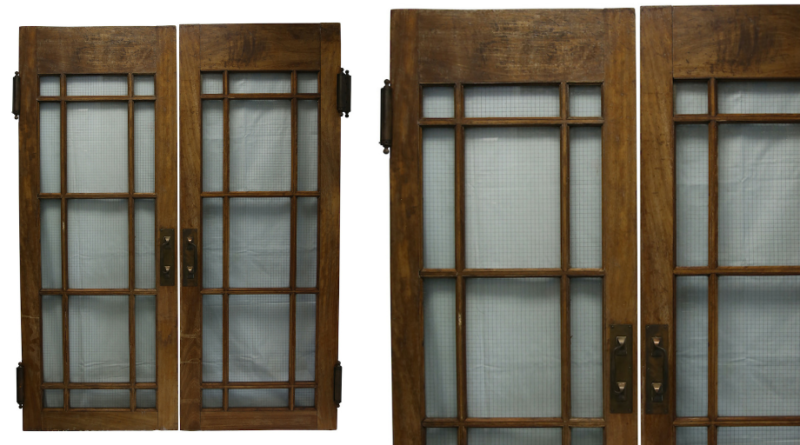 The doors to the world famous Abbey Road recording studios in London, that welcomed The Beatles and countless other stars as they created hits throughout the decades, have sold for thousands in Surrey.

Ewbank’s Auctions were celebrating after taking more than four times the expected price for the original foyer doors at Abbey Road, fetching a total of £17,500. 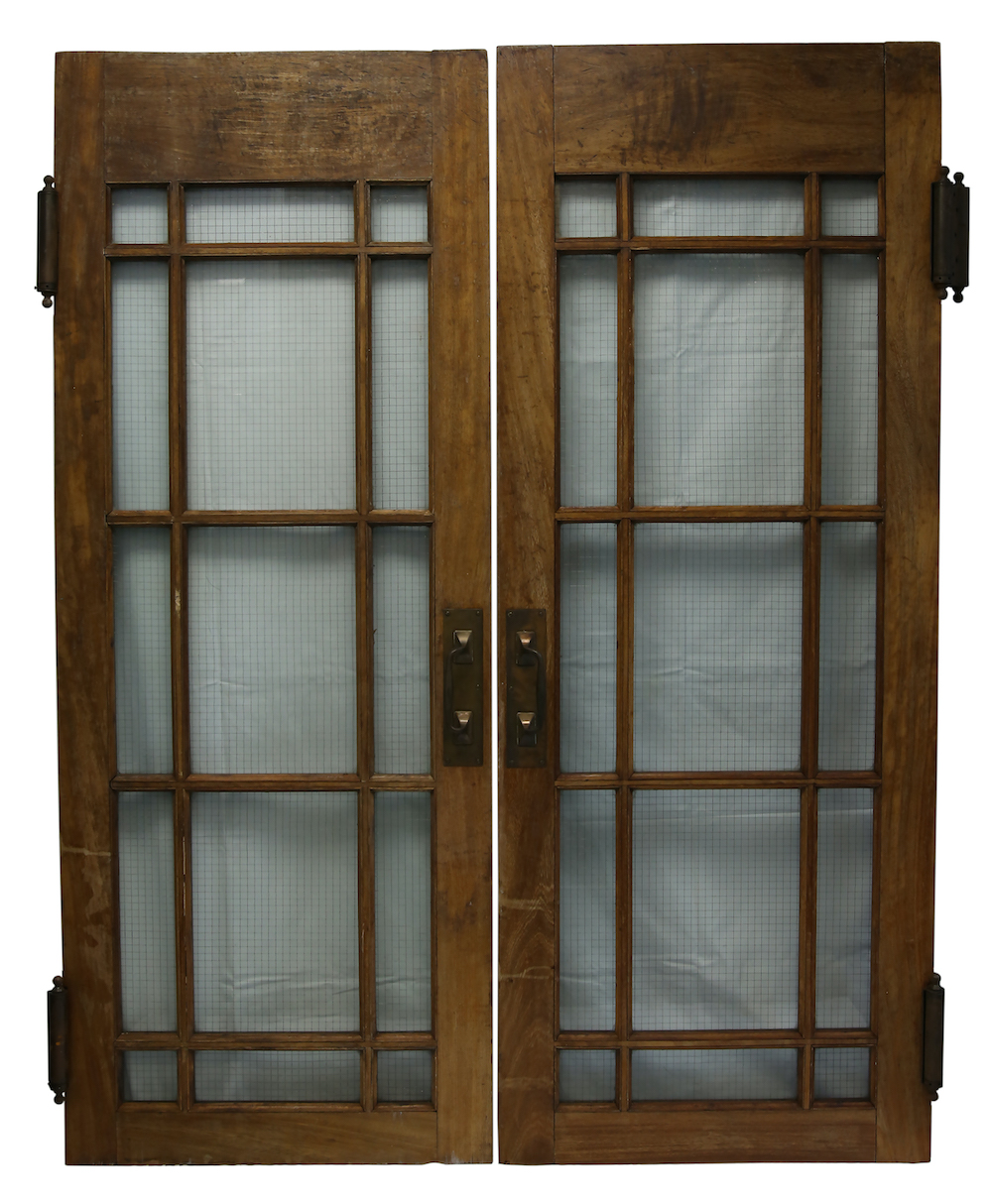 As the studio plan accompanying the lot showed, these were the main internal doors through which many of the leading names from every period of rock and pop, from The Beatles and Pink Floyd to Elton John and Michael Jackson, would have passed to reach the sound stages and recording studios.

Most famously, this was the setting for The Beatles’ 1960s recordings with the ‘fifth Beatle’, their producer George Martin. Sergeant Pepper’s Lonely Hearts Club Band – considered the most important album in the history of Rock and Pop – The White Album and Abbey Road were all created here. In fact, The Beatles recorded around 90 per cent of all their material at the studios between 1962 and 1970.

Complete with their original brass hinges, the doors would have first welcomed Sir Edward Elgar when he conducted the London Symphony Orchestra and the teenage Yehudi Menuhin to crown the opening of the EMI Recording Studios in 1931.

The doors were used in place right up until 1988 when they were removed as part of a major refurbishment.

Recording engineer and former Abbey Road manager Ken Townsend was there from 1950 to 1995 and worked on several Beatles albums, including Rubber Soul, Revolver and Sergeant Pepper’s Lonely Hearts Club Band, inventing the Artificial Double Tracking (ADT) system that they were to use for phasing on Beatles records.

He provided a letter of authenticity to go with the doors – confirming that anyone who recorded at the studios would have passed through them – and that was also included with the lot. Joining it was a note from Townsend explaining that at one point the doors were converted with glass panels for a very unusual reason. “The glass panels are not original as they were changed in the sixties due to one of two reasons. The most likely was that they did not meet the standard required by the fire regulations, but the other was more improbable. As you know the night security staff who at the time were Smythe and Blyth complained that in the early hours the Abbey Road Ghost came down the corridor and the door would swing open and this white dressed lady would go past them. By replacing the old frosted glass gave them [sic] advance notice to make a hasty exit!”

Acquired by an EMI executive when the studios were revamped in 1988, they have remained in private ownership since. They measure approximately 78 x 200 cm and the estimate was £2,000-4,000.

“It’s an honour to be able to offer this unique pair of doors as part of the 90th anniversary celebrations for the unsurpassed Abbey Road studios,” said Ewbank’s specialist Alastair McCrea. “The hands that have touched them over the years are the same hands that wrote and performed many of the best-loved rock and pop standards in history.”

The doors were offered as part of Ewbank’s Entertainment, Memorabilia & Movie Props auction on February 25.

The sale also included a rare chimpanzee costume for the original Planet of the Apes film franchise, which started in 1968.

Fewer than 20 of these chimpanzee costumes were made for the entire film series and this one was created for the lead female character Dr Zira, as played by Kim Hunter.

Comprising a tunic with inner cuffs extending beyond sleeves, elasticated skirt, five-toed boots, and all presented on a realistic custom-made female ape mannequin with silicon head, it even includes hand-punched hair and glass eyes.

Following on from Ewbank’s landmark Gerry Anderson sale in November, two more puppet heads from the master of Supermarionation impressed bidders. Both were associated with several original Anderson productions, including Captain Scarlet, Joe 90 and Secret Service. The first took £6,250 against a guide of £1,500 to £2,500, and the second sold for £5,750 after being pitched at £800 to£1,200. 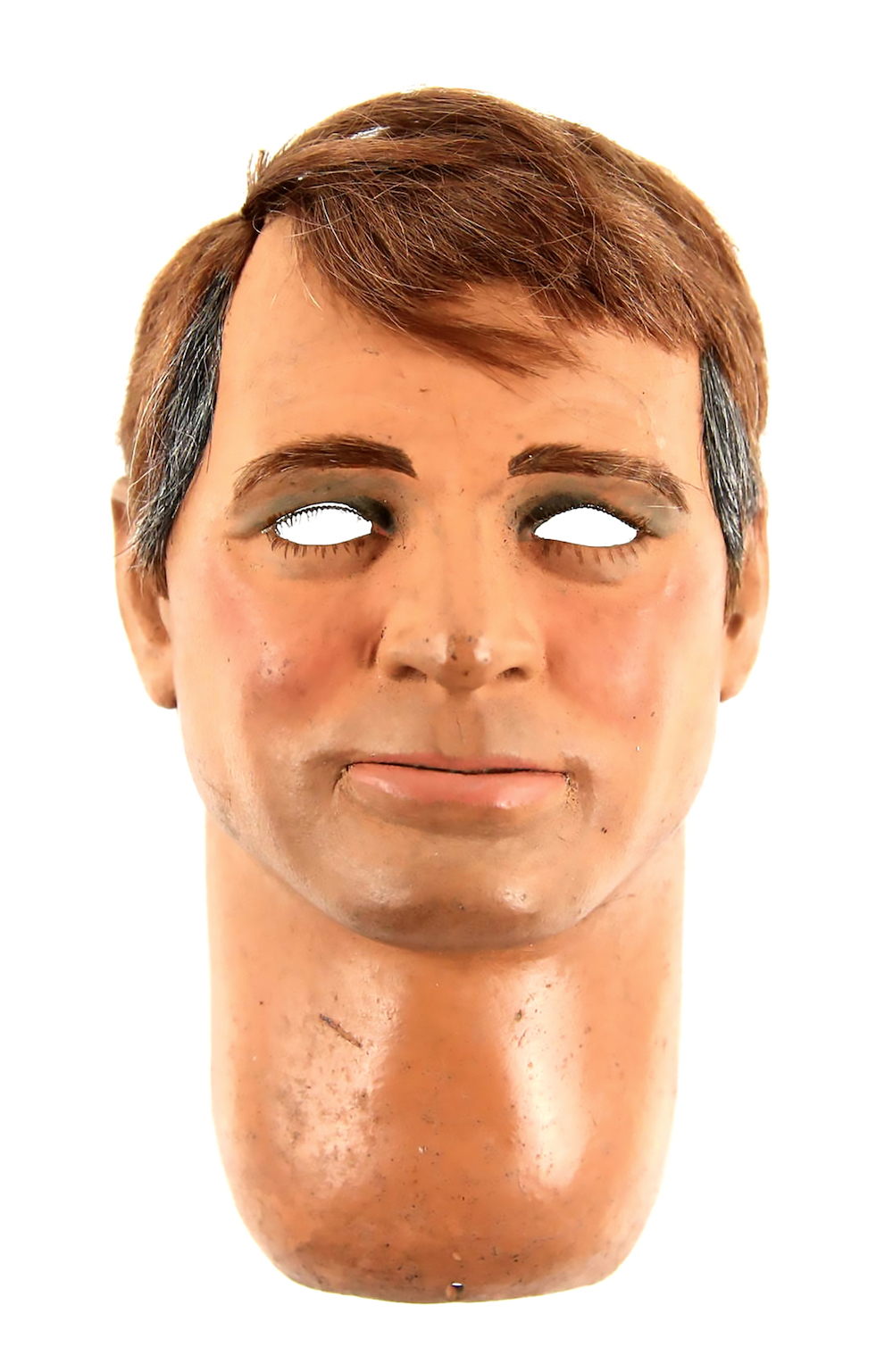