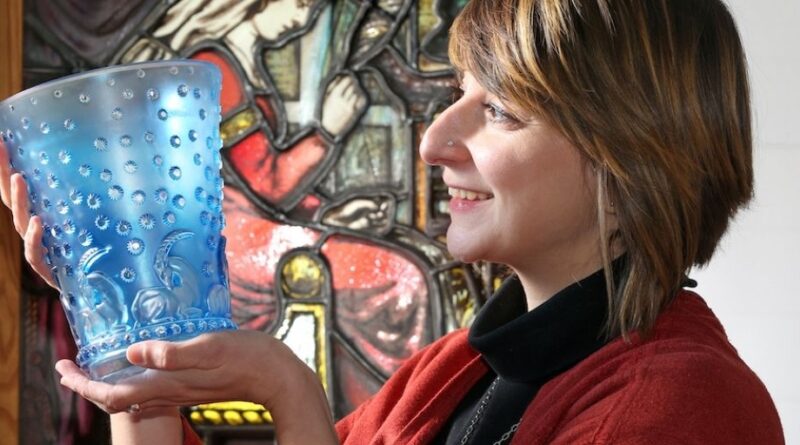 Works by some of the world’s most famous and respected designers will be showcased at North Yorkshire auctioneers Elstob & Elstob’s first ‘Signed & Designed’ sale on March 5.

The event is one of a number of new sales that have been introduced by the Ripon-based auction house as part of its much-increased 2021 auction calendar and will showcase the decorative arts from the Gothic Revival movement of the mid-18th century to the present day. It includes the popular Arts & Crafts Movements, the Art Nouveau and Art Deco periods, as well as the Studio Ceramics and Modern Design of the post-war decades.

Stars of the sale include pieces by Rene Lalique, Archibald Knox, Moorcroft, Georg Jensen, Tiffany, Cartier and Louis Vuitton, and embrace the full artistic spectrum from paintings and ceramics to furniture and jewellery.

“We have been delighted by the sheer quality and breadth of pieces that have been entered for this sale,” said auction house director, David Elstob. “It really has exceeded our expectations and we are looking forward to some excellent results on the day. This is an area of antiques that is very popular at the moment and we have some incredible examples on offer, representing some of the biggest names in design history.”

Central to the sale is a large collection of artist’s proof prints from the family of Chris Prater (1924-1996), co-founder of the world-famous Kelpra Studio. From its early days as a single-room enterprise in Kentish Town, Kelpra Studio went on to become a tour de force in the design world and produced brilliantly inventive images for many of Britain’s most famous artists, including Peter Blake, David Hockney and Bridget Riley.

Other stars of the sale come from the renowned French designer Rene Lalique (1860-1945), whose work is consistently popular with collectors across the globe. A particularly fine example is an ‘Ajaccio’ vase from 1938, which is expected to reach between £600 and £800.

Classic Scandinavian design is represented by several pieces from the Danish design house of Georg Jensen – renowned for combining quality craftsmanship with graceful creativity. Lots range from a sterling silver lidded vegetable tureen valued at £5,000-£7,000 to more modest examples of the Jensen brand such as a silver ring with an estimate of £70-£90.

Closer to the auction house’s home, there are almost 30 examples from the workshop of Yorkshire-born Robert ‘Mouseman’ Thompson (1876–1955). Influenced by the Arts & Crafts Movement, Thompson inspired a generation of craftsmen who developed a distinctive style of furniture making that has become highly collectible. His workshop at Kilburn, near Thirsk, is still run today by his descendants and the characteristic carved mouse on each piece has gained international recognition. The pieces to be sold by Elstob & Elstob range from nut bowls and cheeseboards to larger pieces of furniture such as a fine oak dressing table with a price estimate of £2,000 to £3,000.

The jewellery section of the sale also provides plenty of showstoppers with a stunning Art Nouveau opal, diamond and enamel brooch by George Fouquet – designed as a sea nymph emerging from scrolling waves – set to reach £10,000 to £15,000; a 1960’s sapphire and enamel bird brooch designed by Georges Braque, with a price estimate of £3,000 to £5,000; and a 1930’s diamond-set minaudiere by Cartier valued between £20,000 and £30,000.

The ‘Signed & Designed’ sale is the first of four such auctions scheduled for 2021 by Elstob & Elstob with other ‘Signed & Designed’ sales planned for June, September and December. Bidding at the March sale will be online only in line with current Covid restrictions and all lots can be viewed on the website www.elstobandelstob.co.uk