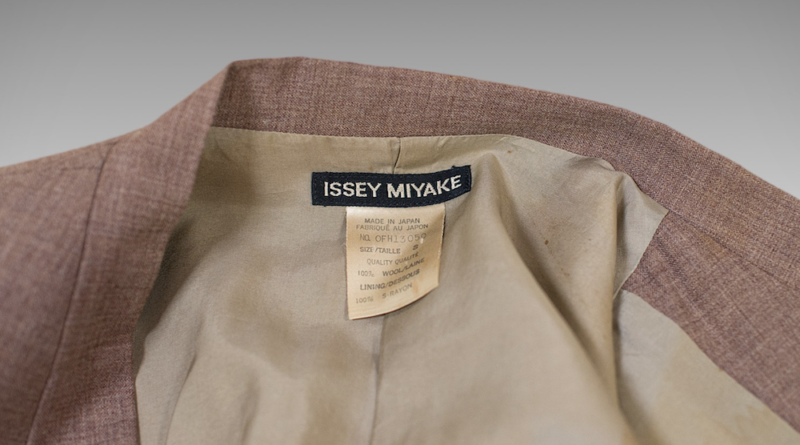 A suit once owned by David Bowie is one of the more star-studded items on offer in an online sale of fine art, antiques and collectables at Auction Antiques, carrying an estimate of £10,000 to £15,000. 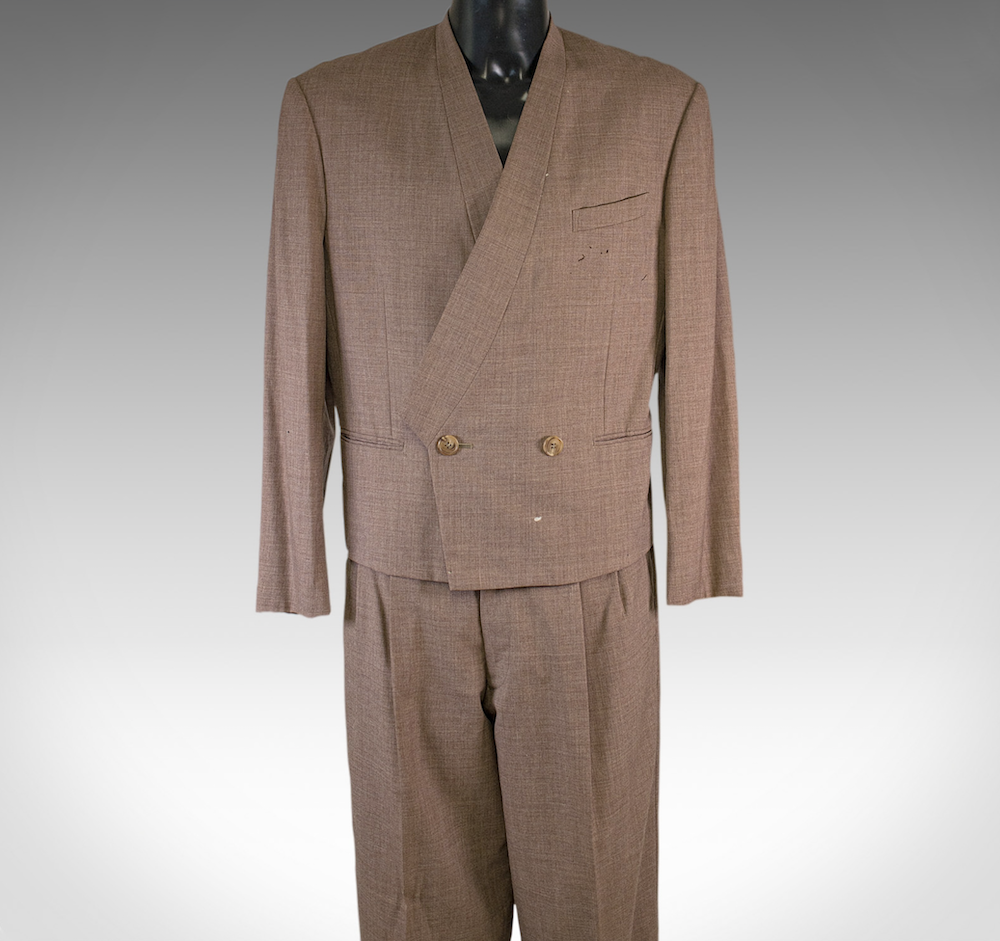 The suit is being sold by Jayce Lewis, a musician and lifelong friend of Steve Strange, of 1980’s Visage fame, from whom he inherited it, along with other items from the Steve Strange estate.

Steve Strange acquired the suit in 1982 at the Blitz club in London, a fashionable club that he owned and ran in the 1980s. Jayce Lewis explained: “Steve told me that he found out that Bowie was going to attend his club one particular night, so they put the regular procedure in place of getting him into the club via a discreet entrance. From there Steve would take Bowie and his entourage into his office where they could all hang out chatting and smoking etc. 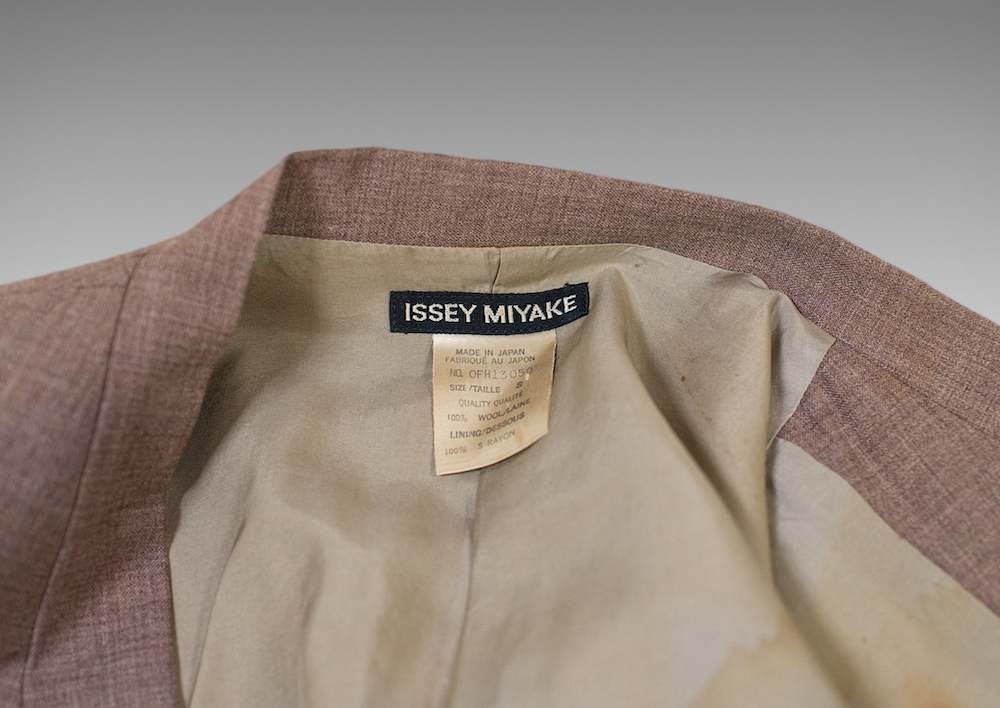 “Apparently, Bowie was not in the best of shapes on the night, so he didn’t want to be seen by the press or fans. After being escorted into Steve’s office in the club he sat down in such a slump, that the insides of his cigarette fell out on to his suit and burnt the pocket along with a few other areas. He quickly asked his female assistant, to go and fetch him his bag/suitcase from the car in order for him to change, which she did.

“Bowie changed into a jacket and trousers, discarding the suit on the floor near the sofa, where it was forgotten about. Later that night Steve spotted the suit and took it home to work out what to do with it, where it remained until his estate was sold, along with all of his other possessions”.

The suit, by Issey Miyake, bears the scars of that eventful night and the story is also corroborated by the fact that it is the exact size for Bowie at the time – a small size 28 inch waist. 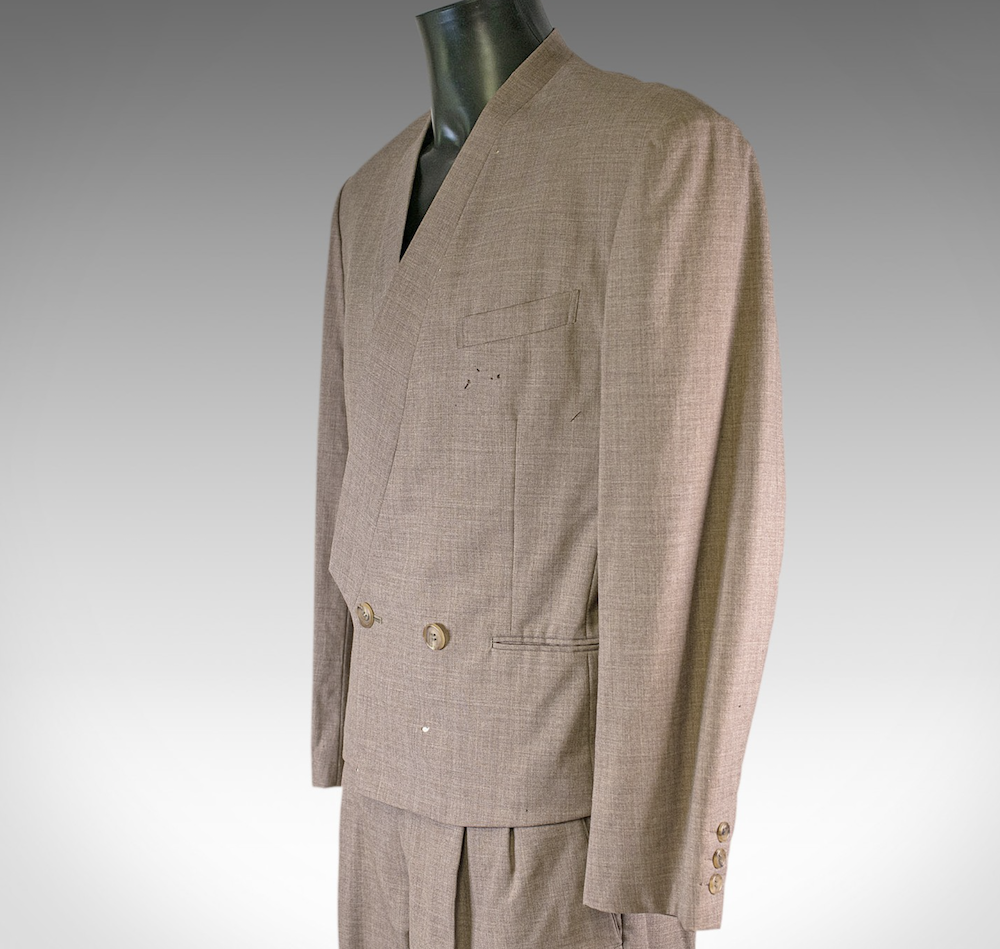 Specialist Stephen Ferguson at Auction Antiques said: “Unusual items with a famous history are always the best and as a lifelong Bowie fan, this piece ticks all the boxes, as it will with other Bowie fans. With the V&A hoovering up Bowie’s entire wardrobe, this is a rare thing to appear on the open market, so we’re doubly excited to be offering it.”