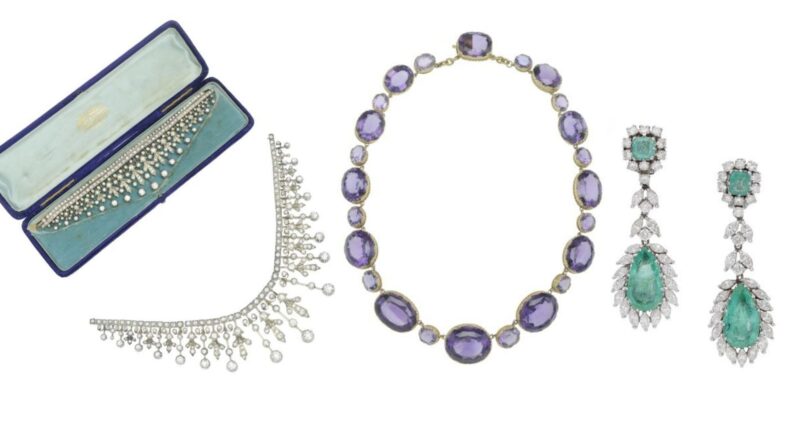 A stunning late Victorian diamond fringe necklace, circa 1890, sold for £23,560 – almost double its pre-sale high estimate – at Mayfair auctioneers Dix Noonan Webb in a recent auction of Jewellery, Watches, Antiquities and Objects of Vertu.
The top lot of the day, estimated at £8,000-12,000, was the highly desirable Victorian diamond necklace, which although not presented with its original frame, could also be converted into a tiara. It was bought by a member of the London trade via the telephone following strong bidding from both private and trade buyers. 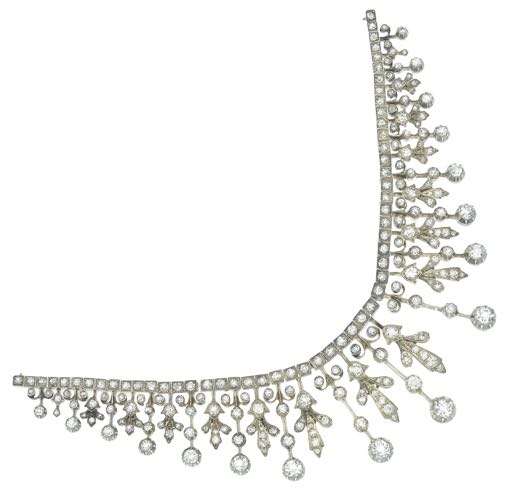 A beautiful 19th-century amethyst rivière necklace, formerly the property of Marie-Louise, Countess Manvers (1889-1984) far exceeded expectations, selling for £9,300 against an estimate of £1,500-2,000. Bought by an American buyer via the internet, who outbid strong trade interest, the necklace had attracted attention due to its interesting provenance, and was offered for sale by a cousin and god-daughter of the Countess’ daughter, Lady Rozelle Raynes. 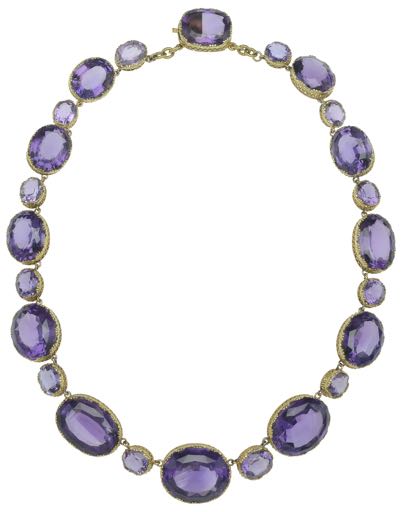 Further highlights included a pair of impressive emerald and diamond ear pendants by Greek jewellers Vourakis, which sold for £9,300 against an estimate of £5,000-6,000. Bought by a UK buyer via the internet, the earrings were set with emeralds totalling approximately 12 carats, and total diamond weight estimated at 6.50 carats. A classic Victorian triple row diamond crescent brooch, estimated at £3,000-4000, made a strong price of £6,820, selling to an American trade buyer. 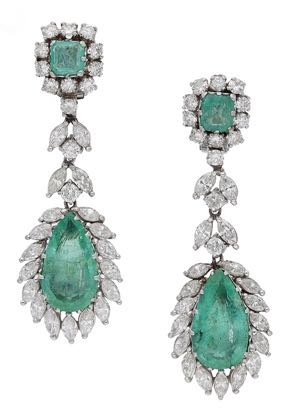 Among the watches, a stylish stainless steel Reverso Duoface Night & Day wristwatch by Jaeger-LeCoultre, circa 2010, sold for £5,208 against an estimate of £2,000-3,000.  In excellent condition, the watch was bought by an Australian buyer via the internet. 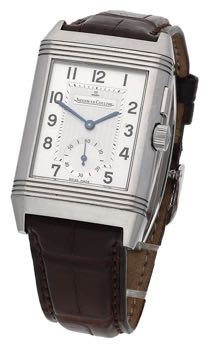