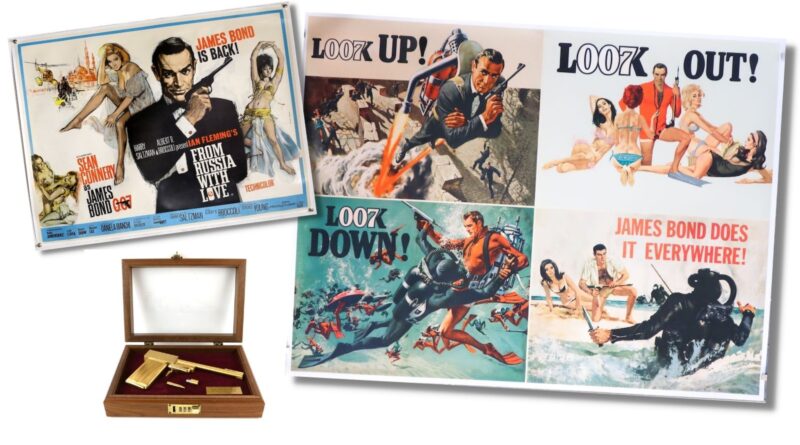 A dedicated James Bond sale taking place on April 9 at Ewbank’s Auctions in Surrey will feature one of the rarest posters from the series expected to fetch up to £12,000.

Created for Thunderball (1965), the Advance British Quad poster features four panels promoting 007 and his antics, two by Frank McCarthy and two by Robert McGinnis. It was designed to be cut into four pieces, so very few examples (complete or otherwise) have survived. Linen-backed and measuring 30 x 40 inches, the estimate is £8,000-£12,000. 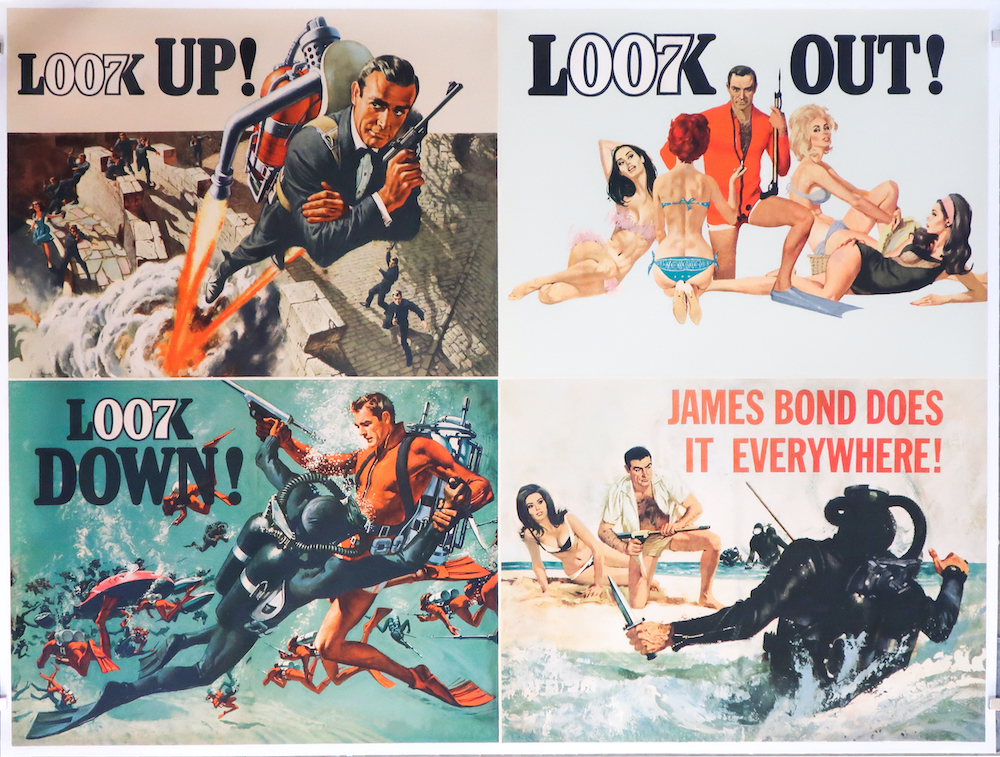 Other highlights in the James Bond 007 auction include an original 1962 British Quad poster for the debut Bond film Dr No. The linen-backed, 30 x 40 inch poster is in pretty good condition, with a few minor blemishes and is the must-have for any serious Bond aficionado. The estimate is £6,000-£9,000. 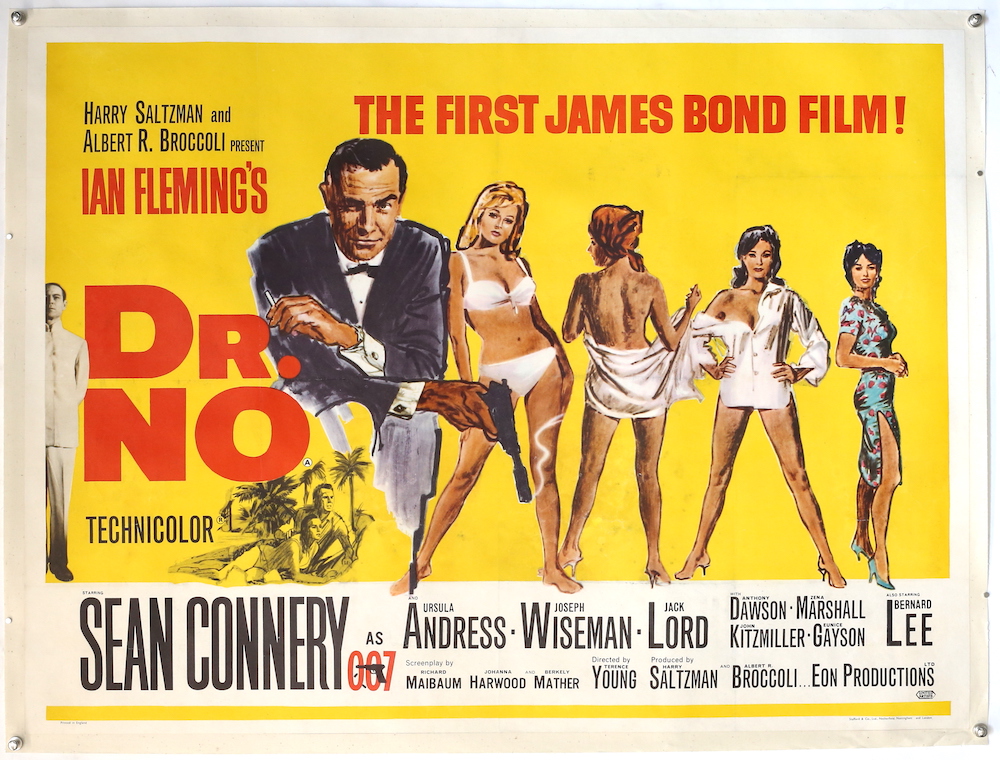 As an illustration of just how collectable Bond is, a folded 1965 poster for Thunderball with the top left section entirely missing can still attract an estimate of £800-£1,200. For most other film franchises, such damage would render a poster worthless.

A complete version of the poster is also on offer with an estimate of £3,000-£5,000, the same guide as for a Goldfinger (1964) British Quad film poster, Style A, Art by Robert Brownjohn. 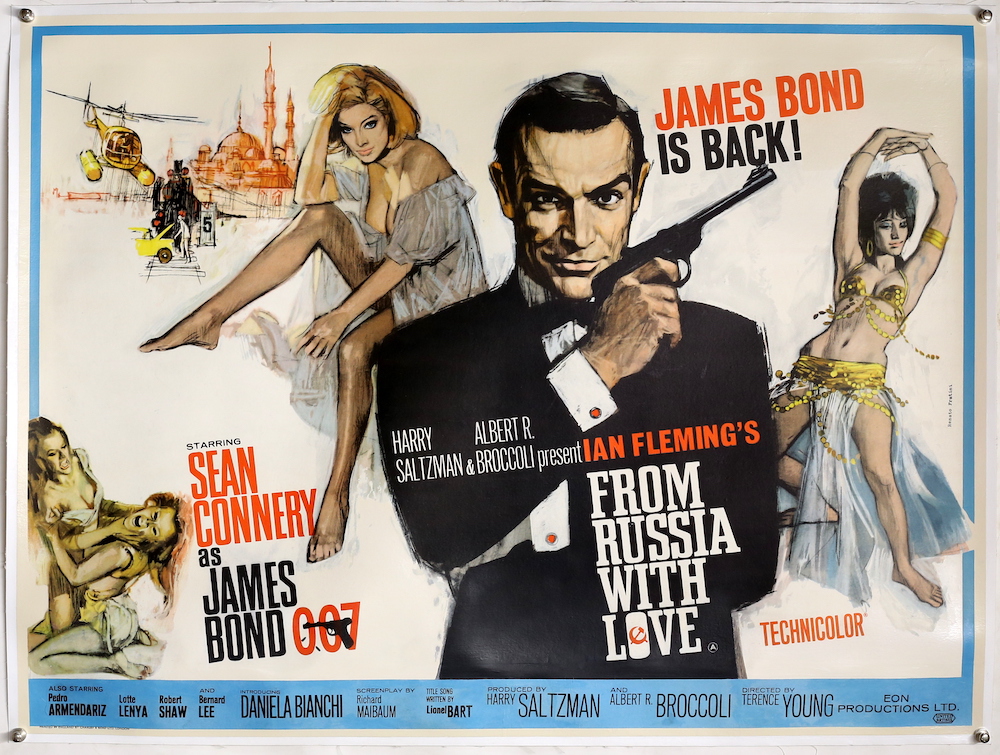 Among the props and replicas on offer is a 24 carat gold-plated replica golden gun from The Man With The Golden Gun. Manufactured by S.D. Studios Ltd in 1994, and numbered 241, it is assembled from a dummy Colibri lighter, a dummy pen for the barrel, a dummy cigarette case for the handle and a dummy cufflink trigger. It comes with a replica bullet engraved 007 and has a presentation case with combination lock and descriptive plaque. The estimate is £3,000-£5,000. 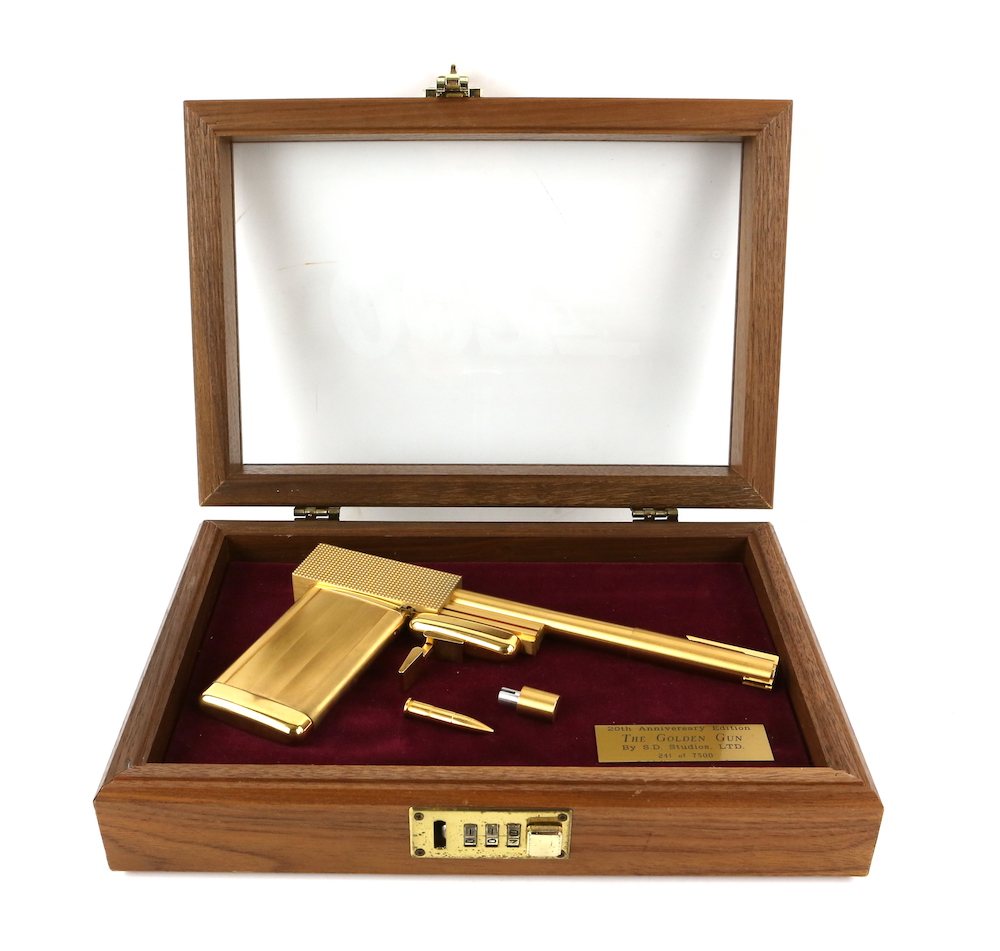 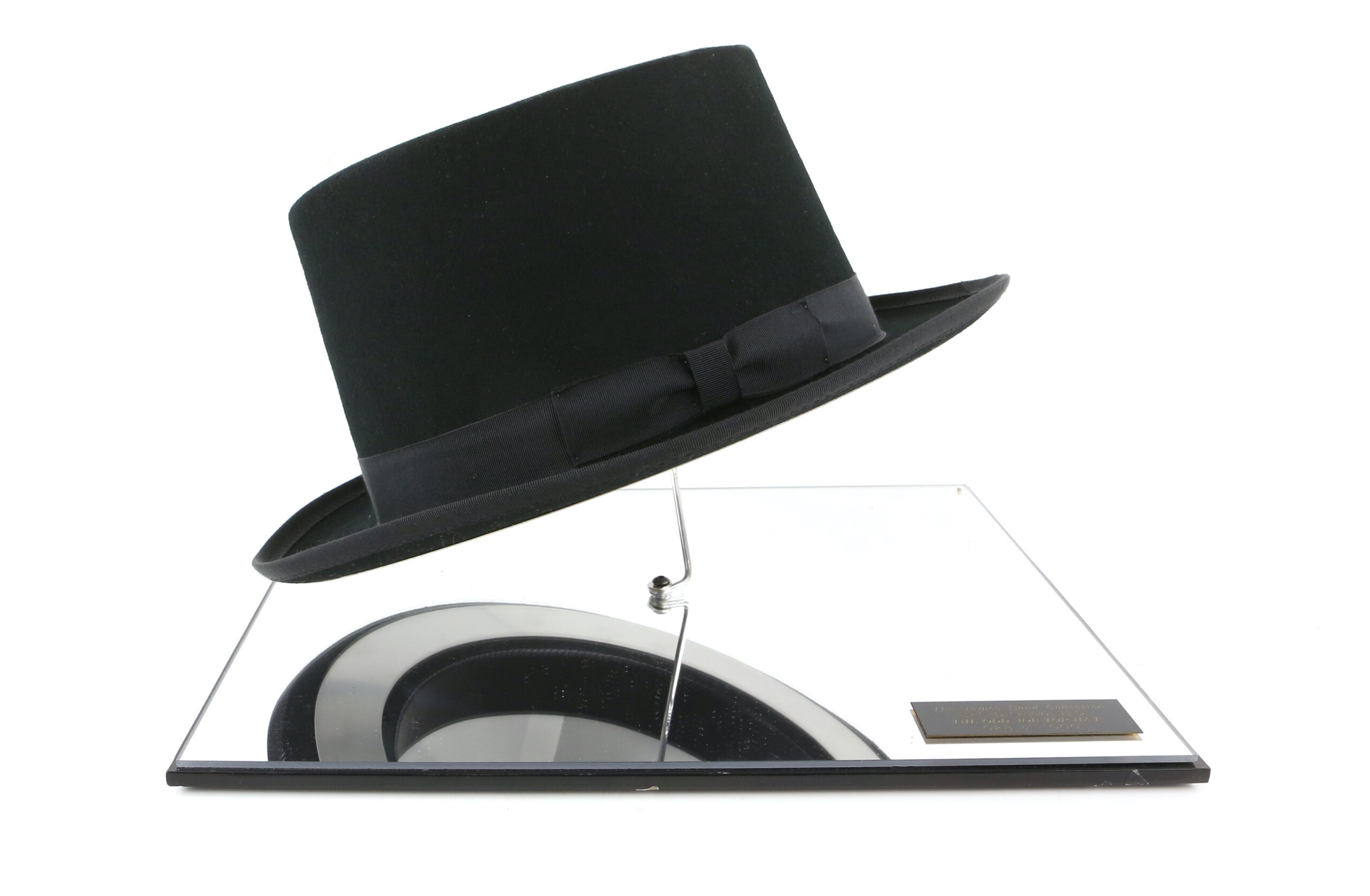 A metal lightbox with the legend Albert R Broccoli 007 Stage used to hang at Pinewood Studios and carries a guide here of £1,500-£2,500.

“Arriving, as it does, just before lockdown is eased significantly, we’re hoping that the sale will add some much-needed sparkle to the calendar as people prepare for the slow return to normal,” said Ewbank’s partner and specialist Alastair McCrea.